Why Is North Korea the United States’ Problem?

Just 30 or so miles from the Demilitarized Zone, which separates South and North Korea, sits Seoul, the political, industrial, and population heart of the Republic of Korea. It remains vulnerable to North Korean attack, but is as chaotic as usual. Lately it has been convulsed by a domestic political crisis, leading to the election of a new left-wing president, Moon Jae-in, and foreign-policy challenges, including China’s economic assault in retaliation for deployment of the THAAD missile defense system. 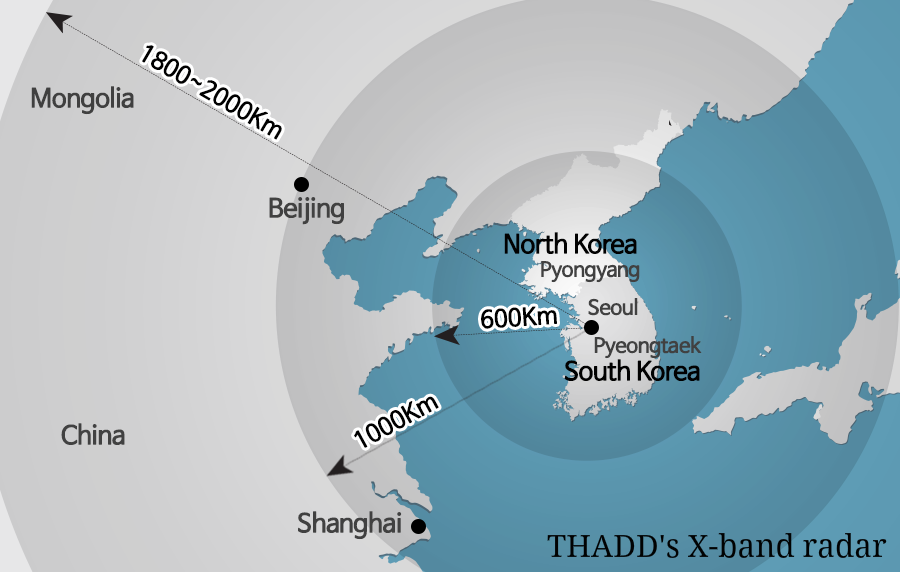 Even more threatening, however, may be the Trump administration’s confrontational stance toward the North. So far most South Koreans assume President Donald Trump is bluffing with his threats of war. Even so, tensions between the South and U.S. are likely to rise, since President Moon advocates a much more conciliatory policy toward Pyongyang. Moreover, President Trump admits that he doesn’t know much about foreign policy—as Chinese President Xi Jinping learned when the latter patiently explained to his American counterpart Beijing’s limited influence over North Korea. Anything could happen.

Despite his ignorance, President Trump apparently is certain that Pyongyang’s weapons programs are Washington’s problem. Why? No one outside the borders of the Democratic People’s Republic of Korea wants Kim Jong-un to have nukes at his command. Washington officials are particularly insistent that the North should not possess nuclear weapons atop ICBMs capable of reaching the U.S. That prospect has pushed the Trump administration into frenetic if not necessarily productive activity.

Yet it’s worth considering why the Kim regime is working so hard to refine its nuclear technologies and expand its missile capabilities. Such weapons are expensive and result in widespread international opprobrium. But they offer important benefits as well.

Nukes would be useful in an offensive campaign against South Korea, though not so long as the latter is defended by America. Nuclear weapons offer prestige; otherwise no one else on earth would much care about the status of the poor, isolated state. Nukes also provide an opportunity for extortion. Although the message, “Send money or else,” hasn’t been working well of late.

A quick glance at a map illustrates that the North does not threaten America. In fact, the Democratic People’s Republic of Korea has never threatened America. The two nations do not share a land border, so Pyongyang could not easily send its vast legions to conquer the U.S., as in the last iteration of the movie Red Dawn. The DPRK does not have a Blue Water navy, so no armada could invest and invade Guam, let alone Hawaii. Since North Korea possesses no long-range bombers, Kim’s air force could not reduce U.S. cities to rubble. And even now the North does not have ICBMs capable of reaching, let alone accurately targeting, America.

In the normal course of events, the Kim dynasty wouldn’t give the U.S. much thought. North Koreans certainly wouldn’t be feverishly working on weapons designed to threaten the global superpower, which has the capability to incinerate Pyongyang many times over.

However, Washington has been threatening the North for 67 years.

Of course, U.S. officials believe they had good reason to do so. The inter-Korean struggle initially mattered to America because it was an important front in the Cold War. Without U.S. intervention the Republic of Korea would have been swallowed by Kim Il-sung’s army, disappearing into a modern form of the Dark Ages. Even after formal hostilities ended, the U.S. presence was initially necessary to protect the ROK, a war-ravaged, impoverished, and unstable dictatorship.

In the post-Cold War world, the threat to Pyongyang only increased. North Korea essentially lost its allies. After the Soviet breakup, Moscow initiated a friendly relationship with South Korea. The People’s Republic of China followed suit. Neither would likely go to war with America on the North’s behalf. The DPRK almost certainly would be alone in any crisis.

In recent decades Washington has imposed regime change on a succession of nations. Grenada, Panama, Haiti, Somalia (to the extent there was a regime to change), Afghanistan, Iraq, and Libya. The U.S. became a de facto co-belligerent with Saudi Arabia attempting to do the same in Yemen. American officials used more limited force, mostly aid to insurgents, with less success to do the same in Nicaragua and Syria. The U.S. went to war to prevent ethnic Serbs from breaking up Bosnia and then intervened to break up the state of Serbia. Even now Washington routinely threatens war against Iran.

Then there is North Korea, enemy of an American treaty ally, international outcast, and member of the infamous Axis of Evil, with leaders loathed in Washington. Could there be a better candidate for regime change? It is a good example of the dictum that even paranoids have enemies.

All of which makes North Korean missile and nuclear programs a logical response to a dangerous security environment. And explains Pyongyang’s current focus on America, punctuated by typically hyperbolic outbursts. (In contrast, the DPRK does not threaten to turn Moscow, Berlin, Bern, Abuja, Johannesburg, New Delhi, Brasilia, and most other national capitals into lakes of fire.) The Kims from DPRK founder Kim Il-sung down through grandson Kim Jong-un have given no indication of being suicidal. They almost certainly would prefer to stay out of America’s way. But if they can’t, then they obviously see creating and flaunting a nuclear deterrent as the next best policy.

Put simply, Trump administration officials are running around Washington warning that missiles, if not the sky, may end up falling because the U.S. has chosen to intervene in the inter-Korean struggle. That involvement is a matter of choice. America actually does not have to police every region of the globe forever. Certainly Washington should take into account the cost in deciding on future policy.

And that price in Korea could soon include facing a nuclear power with a leadership that is to some degree impulsive, paranoid, and reckless. (Not so different, ironically, than America’s present administration.) While the DPRK would not likely attack the U.S. without provocation, what would count as the latter?

Any attempt to destroy the North’s WMDs or decapitate the regime would probably be reckless. Today military action would be a wild gamble because the North possesses the conventional capability to rain death and destruction down upon Seoul, South Korea’s capital. If the Kim regime could do the same on American cities, preventative war would disappear as an option for U.S. administrations.

Pyongyang might also view a much-enhanced attempt to strangle the North economically as an existential threat. And what of conventional military involvement by the U.S. in a conflict on the Korean peninsula, however it began? Certainly there could be no drive to the Yalu, even after defeating another North Korean invasion.

Indeed, the U.S. would face many of the same limits that it did when confronting the Soviet Union. Any military action would become more dangerous, and thus less likely, if American cities could be annihilated.

Which suggests that the U.S. should consider a dual-track response to the North’s weapons development. First, continue discouraging North Korean acquisition of nukes and missiles.

But even greater reliance on Beijing remains a long-shot. Pyongyang might choose to go it alone, irrespective of the cost, and survive. Moreover, the Trump administration has yet to assuage China’s understandable concerns over destabilizing the North as well as contributing to Beijing’s own containment by ultimately creating a united Korea allied with America.

Second, Washington should disengage militarily from the peninsula. South Korea has dramatically outpaced the North on every measure of national power other than military, and the latter remains a matter of choice. The Republic of Korea sees no reason to spend more if Washington is willing to do so. That’s a good deal for Seoul, but not America. At the very least the U.S. should devolve responsibility for the ROK’s conventional defense onto the ROK. Doing so would eliminate an important scenario for confrontation with a nuclear-armed North and opportunity for tensions with different governments in the South.

Moreover, Washington should consider the heretofore unthinkable: a South Korean nuclear deterrent to the North. Certainly that’s not a desirable outcome, but dealing with the DPRK yields only second-best solutions. For America, nothing at stake in the Korean peninsula is worth nuclear war. The U.S. should not consider sacrificing Los Angeles or Seattle for Seoul—or Tokyo, for that matter. If such a trade becomes a real (though still, hopefully, unlikely) possibility, Washington policymakers have an obligation to the American people to rethink current policy.

A nuclear North Korea is bad news. One capable of striking America is even more dangerous. But by intervening in the Korean peninsula Washington helped create and sustain the DPRK nuclear threat. Instead of threatening war, the Trump administration should take a military step back. The price of America’s reflexive defense of populous and prosperous allies is getting much higher.

This article appeared on American Conservative on May 11, 2017.

China-US-North Korea RelationsKorean PeninsulaTHAAD
printTweet
You might also like
Back to Top
CHINA US Focus 2018 China-United States Exchange Foundation. All rights reserved. Disclaimer