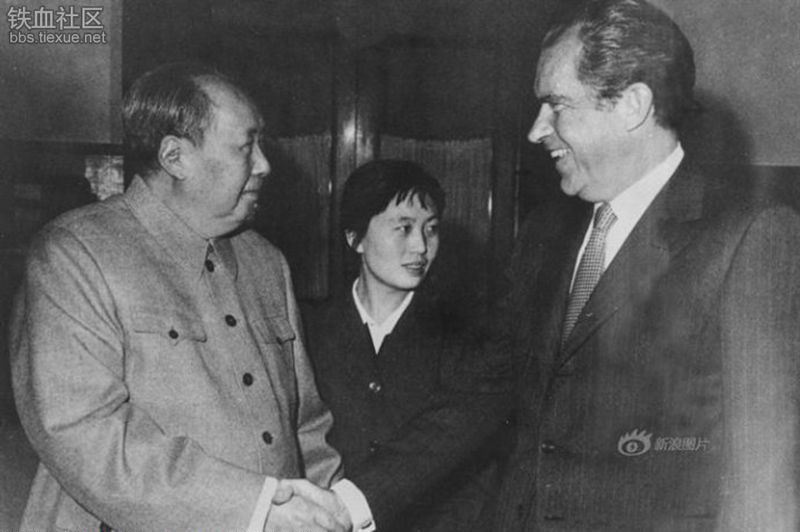 January 1, 2019 is the 40th anniversary of the establishment of diplomatic relations between the People’s Republic of China and the United States of America. In the last 40 years since 1979, the PRC and the USA have become so tightly bound together by their growing common interests that they cannot be separated from each other. That is the reality despite whatever short-term changes political leaders want to bring.

A reality check tells that the evolution of Sino-US relations has its own laws along with the historical trends of the times. When the world situation or the domestic situation of either country undergoes dramatic changes, bilateral relations usually witness profound readjustments.

During the Cold War before US President Richard Nixon’s visit to China, the two countries remained antagonistic with almost no high-level governmental contacts and exchanges. This was mainly the result of the failure on the part of US policy makers to discover their common interests. Soon afterwards, the world situation and the US-Soviet Union-PRC triangular relationship experienced profound changes. Analysts generally believe that when President Nixon first put forward his proposition to seek contact with the PRC in the quarterly “Diplomatic Affairs” in October, 1967, his primary consideration about Sino-US relations was closely related to his assessment of the world situation and the role of the PRC in the US’ strategic competition with the Soviet Union. In the years following Nixon’s visit to China in 1972 until the disintegration of the Soviet Union in 1991, China was treated as a quasi-ally of the US with the US even helping China upgrade its military equipment, which never happened again. During this period, the common interests of the two countries in resisting Soviet global expansion dominated their relations.

However, the end of the Cold War left US political leaders at a loss for common interests. The US elites, and some policy makers relaxed or gave up their efforts to explore and expand common interests between the two countries, instead, they planned to change China or tried in different ways to bring about the collapse of China like the Soviet Union. Old and new differences on such issues as Taiwan, human rights, ideology, and trade were emphasized. Lee Teng-hui, leader of the Taiwan region was permitted to visit Cornell, and there were frequent threats to deny China’s MFN trade benefits by linking it to its human rights performance. However, when Sino-US relations suffered serious setbacks and the US losses outweighed gains during the process, the two countries gradually found vast common interest in economic globalization, which prevailed in bilateral relations. With unprecedented expansion of bilateral relations in various areas, it is no surprise concepts like G-2 or Chimerica have occasionally appeared.

However, in the new century, some hawkish political leaders and scholars in the US, who are used to looking at Sino-US relations with a Cold War mentality and zero-sum game logic, began to feel uneasy about China’s rapid growth in comprehensive national strength. They misjudged China as the US’ chief strategic competitor, and want very much to hold China down in order to help the US maintain its preeminence. Then, different versions of the Thucydides Trap doctrine between the rising China and the established US become fashionable. Some in the US even believe that the current Sino-US trade war is a prelude to a new Cold War or ultimately to a hot war between the two countries. Actually, it’s a reflection of the US’ vacillation in its reassessment of its national interests, resulting from a misapprehension of the historical trend of the times and China’s strategic intentions, as well as its rigid, old world strategy. It would take quite a few years for the two countries to complete the process of objectively redefining their maximum national interests in the new era of economic globalization, free trade, and multilateralism, and to work out new pragmatic strategies and tactics to constantly expand their common interests.

In the security areas, coordination and cooperation between the two countries help world peace and stability. Military confrontation goes against the will of the people of the world. Any warlike words and deeds would inevitably lead to defeats. Neither China nor the US could bear the cost of competition and conflict. Hopefully, despite the US restrictions of bilateral military cooperation in certain areas, the maintenance of high level military leaders’ exchanges and regular bilateral military cooperative programs would prevent the two countries from breaking their consensus that it is in their best interest to avoid conflict.

In the economic field, intense friction will go on for some time. When both sides have suffered heavy losses and their economies face high risks of recession, their relations will be objectively reexamined. Cool heads in the US that prefer cooperation and coordination will gradually prevail. When US losses begin to multiply due to the worsening divorce of political will from economic reality, common interests will again become the main pillar of bilateral relations.

It would bring disaster to disrupt the interdependence of the two economies and economic globalization. The point can be illustrated by the simple example of the making and sale of the Apple iPhones. Apple iPhones sell globally. They are competitive largely because the company buys components from companies in Japan, Germany, the Republic of Korea (ROK), and the USA. Then, those parts bought in different parts of the world are shipped to China where most iPhones are assembled. It is extremely complex and costly to change this global supply chain. Consumers want to buy cheap and high-quality products, and industrial capital and businesses want to make maximum profits. This law cannot be changed by the will of a few US policy makers.

In the areas of culture, education, sports, health, science, and technology, as well as tourism, bilateral cooperation and exchanges have witnessed remarkable progress in the last 40 years. Nevertheless, the two countries still have to confront the arduous task of increasing mutual understanding between the two peoples.

Comprehensive common interests are the motive force of the development of Sino-US relations. Never stop exploring and expanding common interests, and never try to focus on just differences! These are the two important points to keep in mind when we celebrate the 40th anniversary of the establishment of the diplomatic relations between the two countries, which coincides with the 40th anniversary of the institution of China’s policy of reform and opening-up. There is no doubt that Sino-US relations have bright prospects.