A Rare Highlight in Relations 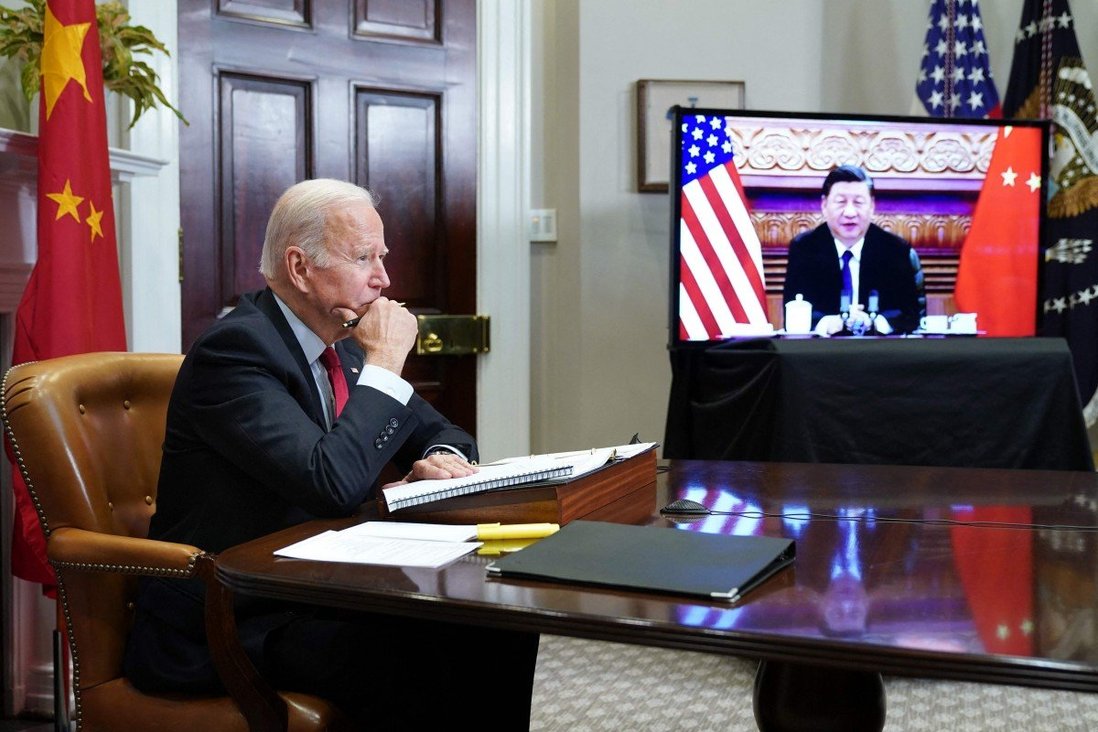 Today, the leaders of China and the United States met virtually for talks. Can this summit bring a better future to bilateral relations? Here are my observations.

First of all, the tone and expressions of the two leaders in their greetings were very natural, cordial and even friendly. From the opening 10 minutes alone, there was no sense of tension in the China-U.S. relationship at all. When President Xi sat down and waved, Biden was all smiles and sincerely said, “Next time, I hope we get to do it face to face like we used to.” Calling Biden an old friend, President Xi expressed his sincere greetings to him, saying, “Although it’s not as good as a face-to-face meeting, I’m very happy to see my old friend.”

I have always supported and appreciated the diplomatic style of talking frankly and nicely when we have differences, which means that diplomacy is about fighting with wisdom and courage, not with anger. Even if you have to talk tough, you can still talk while fighting. But this is easier said than done, and if one side is stubborn, it is difficult to exchange views on an equal footing. Therefore, such a video conversation can be said to be a rare highlight in China-U.S. relations following several years of continuous deterioration.

Second, we can read some important messages from both leaders’ short speeches, and the key words I understand are managing differences and sharing responsibilities. In their opening remarks, Biden took seven minutes, while President Xi spoke for four.

1. The nature of the relationship between China and the United States is simple and clear; it is a competitive relationship that should not veer into conflict.

2. Since competition is involved, both sides should establish some common-sense guardrails and maintain bilateral relations. None of this is a favor to either of the two countries — what they do for one another. It’s just responsible world leadership. And the two countries should work together where their interests intersect, especially on matters such as climate change.

3. How the bilateral relationship evolves will have a profound impact on the world, and whether it can be managed properly involves the well-being of people at home.

4. Biden emphasized that both sides have to play by the same rules, while the United States is always going to stand up for its interests and values. The U.S. will not shy away from concerns over human rights, economics and the Indo-Pacific region, and will be direct about concerns.

President Xi stated that both China and the United States are at critical stages of development. Humanity shares a global village, and so we face multiple challenges together. China and the United States need to increase communication and cooperation, he said. We should each run our domestic affairs well and, at the same time, shoulder our share of international responsibility and work together to advance the noble cause of world peace and development. This is the shared desire of the people of our two countries and around the world, and the joint mission of Chinese and American leaders.

Third, we can predict that after this conversation, the relationship between China and the United States may not go smoothly. There may yet be storms and even difficult struggles.

It should be said that both governments had been actively preparing for the conversation. Not long ago, at the National Committee on U.S.-China Relations 2021 Gala Dinner, President Xi sent a congratulatory letter stating: “China stands ready to work with the United States to enhance exchanges and cooperation across the board … to bring China-U.S. relations back to the right track of sound and steady development.”

He particularly emphasized that at this important juncture in history, “cooperation is the only right choice” for both countries. Reading the letter, Chinese Ambassador Qin Gang said that China’s policy toward the United States maintains a high degree of continuity and stability: “Some people say that the China-U.S. relationship cannot go back to what it was before. But is that any reason for people to take it lightly, or even damage it as they wish? We reject this view.”

Biden’s letter was read by Jacob Lew, chair of the board of directors of the National Committee on U.S.-China Relations. Lew, a former U.S. treasury secretary who now teaches at Columbia University’s School of International Relations, has been to China many times and continues to be actively involved in dialogues and exchanges.

Biden stressed in his message: “From tackling the COVID-19 pandemic to addressing the existential threat of the climate crisis, the relationship between the United States and China has global significance.” Therefore, he said, he is willing to work to “seek greater advancement of interests that affect our countries and the world.”

China and the U.S. have overcome many hurdles, based on personal contacts by their leaders. Recently, in Glasgow, they issued a joint declaration on enhancing climate action in the 2020s. This commits to more substantive exchanges and cooperation in the clean energy transition, decarbonization and electrification of end-use sectors, the circular economy and renewable resource utilization and reductions in methane and CO2 emissions. This at least shows that with sincerity and determination, the two sides can agree in certain areas and highlight global cooperation.

In an exclusive interview with CNN, U.S. National Security Adviser Jake Sullivan recently said that the goal of the Biden administration’s China policy is not to contain or fundamentally transform the Chinese system but to create an environment in which the two powers can coexist in the international system.

This stance is also still quite positive and worthy of recognition. In a way, Sullivan echoes the first of the “three bottom lines” for managing China-U.S. relations proposed by Chinese Foreign Minister Wang Yi in July, namely that the United States must not challenge, denigrate or subvert the socialist path and system with Chinese characteristics.

Of course, our concern now is whether the U.S. will be able to meet the second and third bottom lines, namely that the U.S. will not attempt “to obstruct or interrupt China’s development process” and that the U.S. "shall not infringe upon China’s sovereignty and undermine its territorial integrity.”

The situation does not seem to allow optimism. To illustrate, let me give you two examples:

In one case, Professor J. J. Mearsheimer, a leading American scholar and author of “The Tragedy of the Great Powers,” recently published a weighty article in Foreign Affairs magazine declaring that it is time to resist China. His central point is that the U.S. has been too good to China, has refused to give up its “engagement” policy with China and has been too superstitious in its belief that democracy will win.

According to Mearsheimer, the United States could have changed the speed and extent of China’s rise — for example, by not allowing China to join the World Trade Organization 20 years ago and not granting China most-favored nation status. Instead the U.S. has created a strong competitor for itself.

The U.S. is now flailing, saying that the China-U.S. relationship is not a new cold war, but in practice it has repeatedly challenged China's core interests. Mearsheimer concludes that an inevitable confrontation between the China and U.S. will brew tragedy in great power politics, so the U.S. must plan ahead and prepare.

This example illustrates how anti-China forces within the United States are distracting the Biden administration. If China continues to develop according to its current political logic, the United States will certainly obstruct or even interrupt the process of China’s development, because Biden has repeatedly vowed to defeat China “in a conflict between democracy and autocracy.”

Another example: Senate Majority Leader Chuck Schumer, a Democrat, said on Nov. 15 that he wants to include the American Innovation and Competition Act of 2021 — which would strengthen competitiveness against China — in the annual National Defense Authorization Act. This is an alarming attitude for his party. Consider also that some members of Congress from across the aisle have recently introduced new bills against China, such as the China Watcher Act, which would provide funding for a new team at the State Department to monitor, track, analyze and respond to Chinese diplomatic and military activities around the world in preparation for a crackdown on China. This proposal would require Secretary of State Antony Blinken to take more tough actions against China.

Therefore, we predict that there will be no end to U.S. actions challenging and violating China’s sovereignty and undermining its territorial integrity, especially on the question of Taiwan.

Biden has repeatedly stated, both during and before this virtual meeting, that China and the U.S. have a competitive relationship. China’s officials don’t quite agree with that statement. Some officials have said that China wants the United States to play a golf tournament where each side puts on its best performance, instead of a boxing match where one side has to pound the other out of the game. The idea is actually asking a lot more of both sides. There are many people who have seen boxing, but few understand the rules of golf and the hard work required to play the game well. Therefore, subject to future domestic pressure, China and the United States will have little room to make concessions. The most likely state for them is a crossover between the two games, with mutual offense and defense — even doing some kind of harm to each other, such as a trade war.

In this sense, President Xi’s words are golden: Cooperation is the only right choice. In fact, cooperation may be the only choice, whether it is an active or passive one. There is no other way.