A Renaissance of Realism in EU-China Relations? 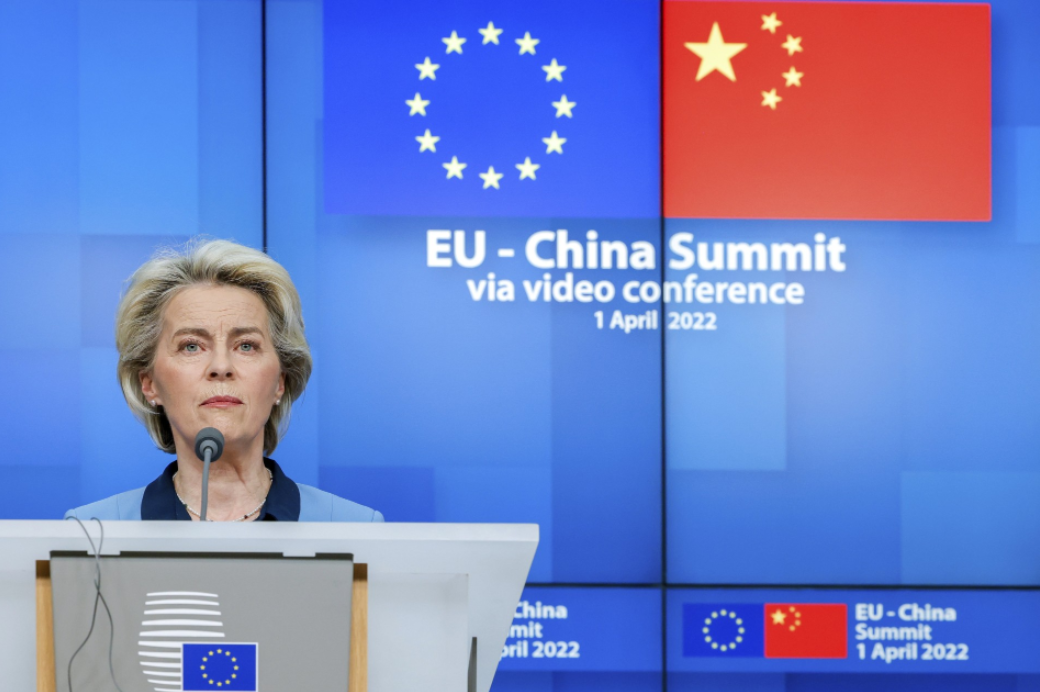 A “dialogue of the deaf.” That is how the EU’s High-Representative/Vice President Borrell described the EU-China summit that took place on April 1st.  Seemingly doomed from the start, China and the EU struggled to settle on a common agenda. The EU wanted to talk about the war in Ukraine, China did not. Fifteen minutes into the afternoon session of the summit between Xi Jinping, EU Commission President Ursula von der Leyen and Council President Charles Michel, the Chinese had already published a readout of the meeting. The EU and China both published diverging official accounts of the meeting, with Borrell giving a notably negative assessment of the outcome. But there are two silver linings. First, the two managed to hold a summit despite the growing tensions between them and the ongoing war in Ukraine, and even if maybe a little “deaf” a dialogue was had.

Most importantly, the summit has revealed more realism on the EU’s side. Brussels received a reality check when China stuck to its neutral but not-so-neutral position in the invasion of Ukraine. Thus, it quickly went from calling on China to play a role in mediating the conflict to warning China of the potential consequences it may face should it decide to support Russia, economically or militarily.

For a very long time, a litany of differences were sidelined to make space for precarious collaborations because the two sides need each other. That has not changed economically and politically they still need each other. But now, the elephant in the room can no longer be ignored, and the issues at hand are being addressed, albeit in a harsh manner.  Such a realization provides a better basis to carry the relationship forward than continuing with false hopes and disappointment.

If indeed a realist approach will prevail, issues such as the respect of internationally agreed-upon rules for political and economic engagement, climate change, food security and health is where dialogue and collaborative solutions are needed the most. Yet, even if areas like the fight against climate change is often mentioned as an area of collaborations, striking differences exist between how the two intend to tackle the issue. For example, China does not approve the EU’s Carbon Adjustment Mechanism and it has recently announced it will boost the number of both nuclear and carbon plant in its territory, the latter not being the most environment-friendly form of energy production. Despite the clear differences coordinated if not entirely agreed-upon action is needed now before instability and chaos become the new rules of this globalized world.

The international community is based on an increasingly disregarded set of shared rules, and the more these rules are challenged without finding a shared alternative the more difficult it will be for both the EU and China to strive in and benefit from a system that has brought great advantages to both.

China is not used to costly foreign policy, in part because actors have been afraid to impose costs on China, and in part because China has often been operating in the border between what it is legal and what is not. That is now likely to change, as even friendlier countries such as Germany, come to terms with the necessity to impose costs on China when it threatens European interests. If China does not come on board and seriously discusses with the EU and other actors how to regulate the economic and political exchanges between countries, it will pay as high of a price as the EU. As for the EU, it is not used to power politics. Sure, the EU should keep actively engaging China in these matters, but also = be ready to impose costs if violations occur, and in that regard the EU has long had an issue of credibility when it comes to China. Not for a matter of principle, but for one of survival. The tone of the summit was a good starting point, now it must show to be able to maintain that tone without ceding to extremes and make sure that actions will follow words. Apparently, China has adopted a relatively positive approach to the EU during the summit, and Chinese scholars have been promoting a more positive approach to building the future of EU-China relations. Provided Europeans manage to obtain a clearer understanding of the reasons that drives this renewed positivity, that would provide a useful window of opportunity.

Three reasons immediately come to mind. One, economic stability.  The new wave of Covid-19, plus the war in Ukraine, plus the impact of the sanctions on Russia may bring enhanced economic instability to China. Li Keqiang has flagged the problematic situation three times in the past month. The EU plays an important role in China’s economic stability both as a destination of exports and as a large investor in the country. Keeping it positively engaged with China is thus important. Two, China still seeks to distance the EU from the U.S. in the conviction that EU’s negative positions towards China are the result of U.S. influence, rather than – as they actually are – of the EU itself. Thus, it tries to foster a positive relationship with the EU. Three, China to a certain extent is still struggling to come to terms with an EU that is transitioning from being mostly concerned with economic relations with China – and the world – to becoming a more political and geopolitical actor. That means that it is still trying to reset the relationship to that former status, although it has increasingly come to realize how unrealistic that is. A potential fourth reason is that friendliness is driven by the necessity to collaborate on global matters such as climate change, even if just on the surface. In this regard, China sees the EU more friendly than the U.S. and thus will attempt to mend the relationship as long as the mending does not require China to make significant sacrifices.

The summit and the developing environment around both parties have shown the path ahead in EU-China relations, which will be dominated by a more realist assessment of the relationship, hence much more disagreement and friction with some limited space for collaboration. However, how exactly this will look like in practical matters remains unclear and will largely depend on the will of both sides to engage in future dialogues that are not “deaf,” realizing that the current trajectory will lead, and is already leading, both to bear enormous costs.

China-Europe RelationsU.S.-EU RelationsChina-U.S.-Europe Relations
printTweet
You might also like
Back to Top
CHINA US Focus 2023 China-United States Exchange Foundation. All rights reserved.