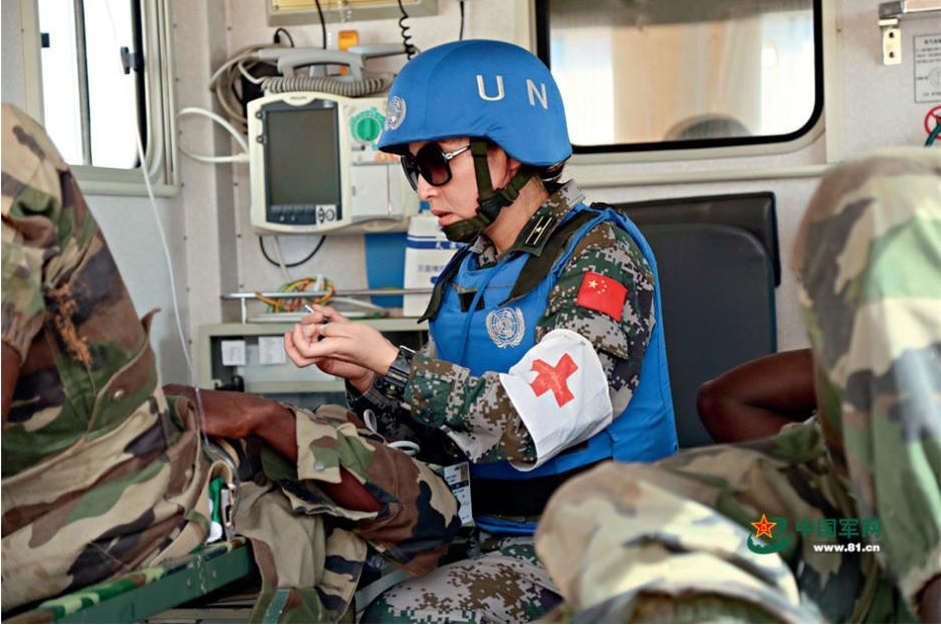 Recent developments suggest an apparent role reversal with China demonstrating greater boldness in asserting regional and global leadership on such key issues as globalization and climate change, while the U.S., under President Trump, retreats. The Belt and Road Initiative (BRI), with its ambitious goal of bolstering connectivity throughout the globe, is catapulting China to a major global economic position at a time of slowing economic growth. The U.S. exhibits more inward looking and potentially isolationist posture. China is the world’s largest manufacturer and largest emitter of greenhouse gas, yet it pledged to reduce its carbon footprint despite possible adverse effect on its production (although full compliance may be another issue altogether). The U.S. joined Syria and Nicaragua in staying out of the Paris Agreement, while China joined the rest of the international community in committing for a better future environment. In the South China Sea, China has been active in engaging neighbors like the Philippines and the rest of ASEAN in establishing mechanisms to manage maritime and territorial disputes (alongside consolidating changes on the ground to its benefit). All these show an increasing sense of confidence on the part of Beijing. America, distancing itself from issues and values that it had long championed, may only embolden China to up the ante, a move that could both be welcomed and create global anxieties as well.

2) Economic and political debacles faced by established major powers like the U.S. (e.g. growing opposition to Trump, withdrawal from the TPP, and threats to address deficit with trade partners), Europe (e.g. refugees, Brexit, uncertain future of NATO alliance amidst heightened Russian activity in Eastern Europe and the Baltics) and Japan (e.g. sluggish economy)

3) The rise of strong populist and seemingly transactional leaders such as U.S. President Trump and Philippine President Duterte. Indeed, while the established postwar order seems to be unraveling, China remains largely stable. The Communist Party remains in power as it was since 1949 and its political power is increasingly becoming more, not less, centralized.

In responding to burgeoning regional and global demand for greater trade and economic connectivity, China came up with the BRI. This grand strategy can surely be a two-way street for China and participating states, but there is no question it stamps China’s economic leadership credentials which can unavoidably translate to political clout. The BRI help address China’s domestic and foreign policy woes. China’s appetite for investment risk is unmatched and this endears Beijing to many underdeveloped and developing countries often overlooked by Western private capital. The attendance of heads of state and high ranking ministers/officials from the Pacific (Australia, New Zealand, Fiji) and Western Hemisphere (Argentina, Brazil, Chile, U.S.) at the May Belt and Road Forum in Beijing suggests that the BRI is not geographically confined to Eurasia and Africa. Perhaps, in an appropriate time, a second Maritime Silk Road going to the Pacific and the Americas may be opened. Chinese investments in Pakistan, Myanmar and Central Asia preceded the announcement of BRI and a similar frenzy of Chinese economic activities is omnipresent in the Pacific and Latin America. Moreover, the inclusion of policy coordination, financial integration, and the strengthening people-to-people bonds shows the breadth and extent of the BRI, which goes beyond the much-publicized infrastructure connectivity.

Cracks in the EU, challenges in the longstanding trans-Atlantic relations, and America’s retreat from multilateralism—notwithstanding internal political bickering—all create fertile ground for China to assert global leadership. Furthermore, Beijing seems to believe that it will have an easier time dealing with transactional leaders that care less for maintaining global norms and rules than naked national interests. In relation to maritime and territorial disputes, Beijing’s economic diplomacy (e.g. market access, investments, infrastructure and tourism) is showing considerable effectiveness in swaying neighbors to shift emphasis from dispute resolution to dispute management, and a gravitation toward bilateral and regional tracks to the exclusion of non-regional, non-claimant actors.

As things stand, with four more years of the Trump Administration, China will have the field wide open for its continued ascent into global power. But though the road may be easier, especially so if there will be less contest from entrenched powers, it surely will not be a bed of roses. The sustainability and viability of BRI projects, interference of state/political considerations in supposedly rational market-based decisions behind China-backed projects, and adherence to sound international development practices will cast a long shadow on Beijing’s grand strategy. To this end, BRI’s motto of “extensive consultation, joint contribution, and shared benefits” is reassuring in light of persistent charges that China will simply railroad its way through in implementing the Initiative. Moreover, China should be wary of the dangers posed by overconfidence, great power chauvinism, and a growing sense of entitlement that unbridled nationalism and unchecked leadership may breed.

Finally, other larger issues deserved to be considered. Institutionalizing international rules and norms may suffer a setback if it would be sacrificed in the name of relentless pursuit for immediate narrow national interests. While Beijing may reap short term benefits from selective rule/norm adherence, it surely is not in its long term interest to inherit leadership of a much hollowed order. America emerged as the undisputed postwar leader for creating and safeguarding a global order built around such values as freedom, democracy and free market. If China is eager to take on the spotlight, what values will it champion and to what extent will it go to promote and defend the same?

Tweets by ChinaUSFocus
Global GovernanceChina PolicyChina-US Relations
printTweet
You might also like
Back to Top
CHINA US Focus 2018 China-United States Exchange Foundation. All rights reserved. Disclaimer