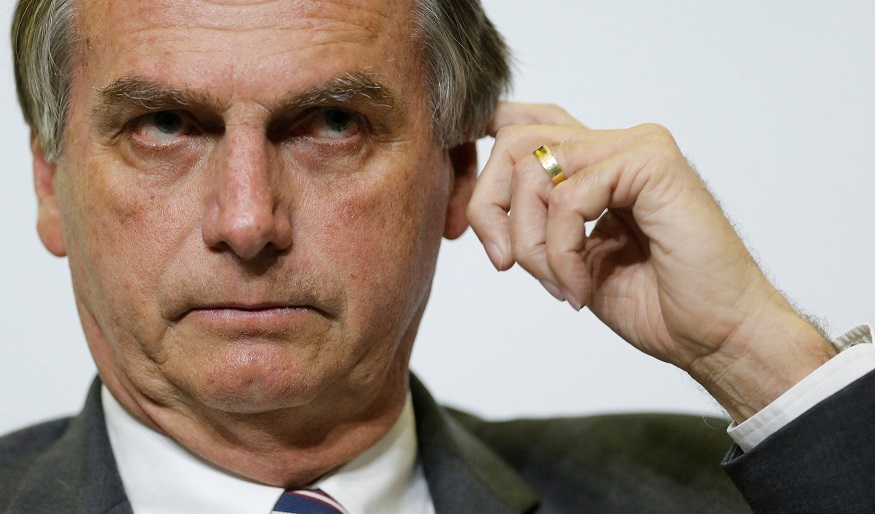 In analyses of prospects for the China-Brazil relationship under Jair Bolsonaro, one soundbite from the now-president’s election campaign is now pervasive: “The Chinese are not buying in Brazil, they are buying Brazil”.

Bolsonaro’s criticism on the campaign trail encapsulates a genuine sense of unease felt across the developing world – and particularly in Latin America and Africa – over China’s handling of economic relations; fears of being caught with insurmountable levels of debt and paralyzing trade dependencies. Yet, because from the perspective of Brazil, the economic dimension is undoubtedly the most important in its relationship with China, it is easy to neglect the sensitive balancing act Brazil maintains at the center of a crucial diplomatic nexus with the US and China.

Brazil’s position necessitates diplomatic agility in the broader power play between the US and China. It is deeply embedded in an important Chinese discourse on its foreign relations that emphasizes “win-win cooperation” between countries in the Global South, with the aim of reforming international institutions to the benefit of developing nations. However, simultaneously, Brazil forms part of a region which many in the US foreign policy establishment consider, whether rightly or wrongly, its ‘backyard’. If employed shrewdly, the intermediate position Brazil finds itself in could strengthen considerably the hand of Brazil in its relations with the two superpowers.

Due to the US’s sense of privilege in the region, China has long been sensitive to US perceptions of its engagement in Latin America. So, when the presidential candidate’s fiery barbs toward China – and strident admiration of President Trump – began to attract international attention, both Washington and Beijing sat up, sensing the potential for a pointed shift in the direction of Brazilian diplomacy.

Now nearly two months into his tenure, is there any indication that Bolsonaro has moved toward an openly anti-China diplomatic stance, or has economic pragmatism prevailed over pre-election bluster?

Events since Bolsonaro’s inauguration have certainly provided him with ample opportunity to demonstrate the ‘new Itamaraty’ promised in his election manifesto, a reference to the Itamaraty Palace in which Brazil’s Ministry of Foreign Affairs is based.

Recent developments in Venezuela have indicated how Brasília may now be seeking to position itself diplomatically. On January 23, in a move led by the US and a number of key European allies, Brazil formally recognized Juan Guaido as Venezuela’s interim president. More recently, on February 22, an embattled Nicolás Maduro announced that he would close Venezuela’s border with Brazil, a response to his suspicion over aid packages being sent to Venezuela, which he views as being primarily led by the US.

However, any hopes that Bolsonaro’s pre-election affability towards President Trump would develop into unconditional support for the US were dashed this week by Vice-President Hamilton Mourão, who, at a meeting in Lima, stressed that any form of US intervention could absolutely not be launched from within Brazil. While an intervention still remains hypothetical, Brazil’s willingness to pre-emptively forbid any US military action from its territory demonstrates its desire to maintain a strong negotiating hand with Washington.

Conversely, Brasília has made apparent its readiness to frustrate China in multilateral forums. Last month, its Foreign Minister Ernesto Araújo publicly backed proposed changes to WTO regulations, set by the US, EU, and Japan, to curb trade practices from which China is considered to unfairly profit. “Brazil,” he said, “is ready to be a decisive force in the decision-making process that leads to reform and modernization.” Despite this resolute tone, it is important to note that these rebukes have thus far predominantly come from within large-scale multilateral institutions, and not from those where Brazil and China must face each other more directly. The position Bolsonaro takes at the first BRICS summit of his presidency, due to be held later this year in Brazil, will be revealing.

Bolsonaro will want to make more of an impression than he did at the Davos summit in January. One scathing op-ed in Folha de S.Paulo, titled ‘Bolsonaro seems terrified’, suggested that at public engagements, “Bolsonaro gives the impression he has been invited to a dinner with lots of cutlery that he doesn't know how to use”.

Regardless, China’s preference for bilateral negotiations, even within multilateral institutions, is well-documented. So, at the summit, observers will be looking at whether Brazil is open to meetings outside of the summit’s official framework. Any caution could be interpreted as a subtle diplomatic rebuke of China. Economic relations would undoubtedly continue unaffected, but it could give the impression that, contrary to its claims, China doesn’t enjoy the trust of developing nations.

Before Bolsonaro’s election victory, responding to a perceived lack of US interest in the region, Brazil had cautiously, but decidedly, swung toward China. As former Brazilian President Dilma Rousseff told the New York Times last year, “our relationship with the United States diminished, our relationship with China grew.”

Since his inauguration, Bolsonaro has reversed this trend but less so than many anticipated, a nod perhaps to an awareness of the crucial role Brazil plays in the international strategy of both the US and China, and the concessions from the two that this position may afford. Brazil has a powerful hand to play; negotiating it well could reap considerable rewards, both economic and diplomatic.

China-Brazil Relations
printTweet
You might also like
Back to Top
CHINA US Focus 2022 China-United States Exchange Foundation. All rights reserved.