China and the US on Polar Policy: the Last Frontier on Geopolitical Competition 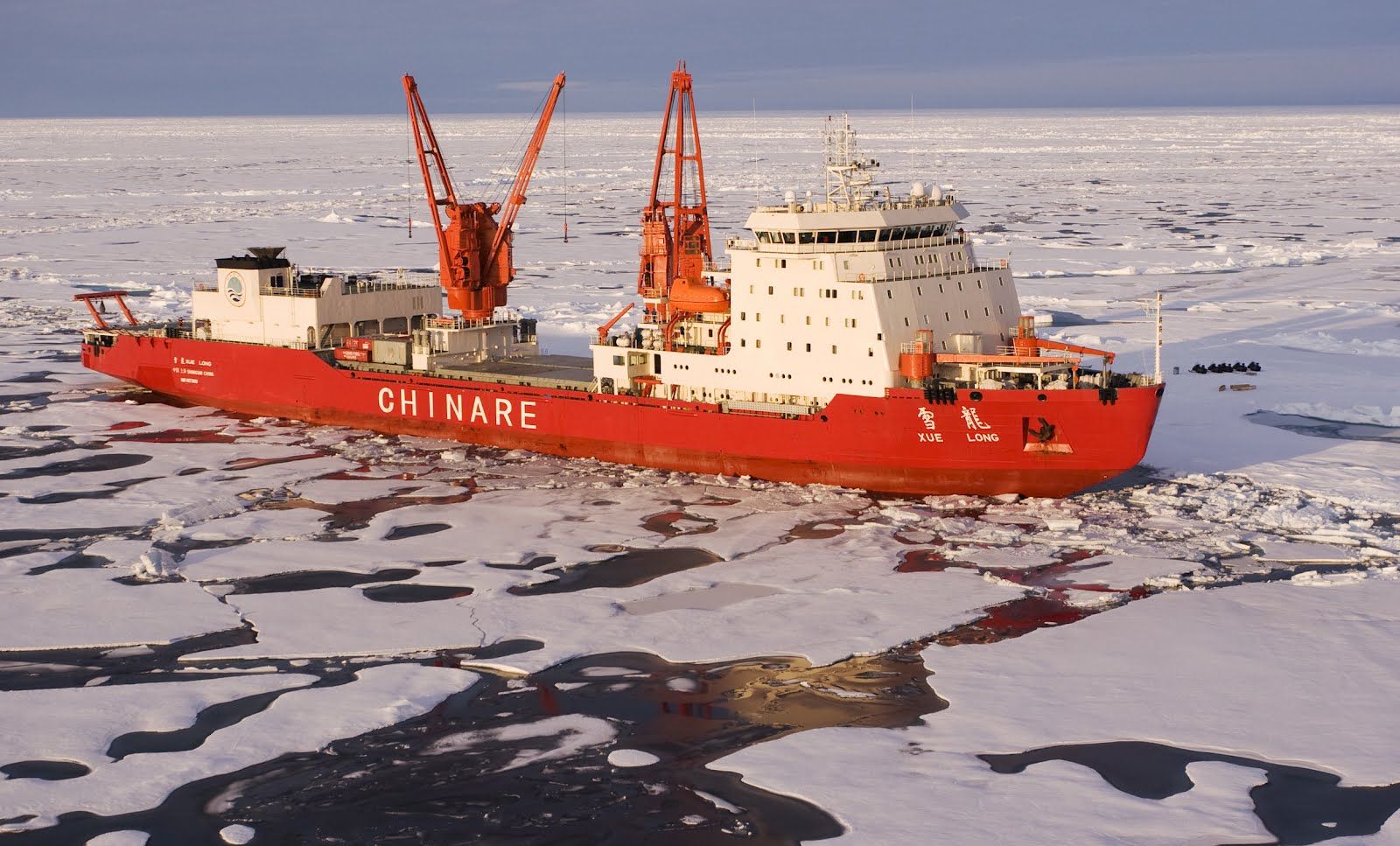 As competition between the US and China ramps up in trade and infrastructure investment, the oft-ignored newest frontier is polar policy. Given its vast natural resources and geostrategic importance, China-US competition in the Arctic and cooperation in the Antarctic will play a pivotal role in shaping the future of the region. The US and China share common interest in promoting strong ocean governance, as they are equally affected by depleted marine resources and ocean pollutants. The Arctic Ocean and the Southern Ocean (surrounding Antarctica) are resource-intensive areas of strategic interest to both the US and China.

Polar Opposition: a tale of competition and cooperation in the Arctic and Antarctic

These two regions have different geographic and ecological features and management challenges. The Arctic, as the world’s smallest ocean basin, has been dramatically impacted by global warming, which has eased both exploration and exploitation of arctic resources. The Arctic is defined by a central area of international waters, with varied exclusive economic zones (EEZs) and coastal areas claimed by eight nations.

At the south pole, sovereignty over Antarctica and its resources are governed by a formal treaty as a global common, a feature which has promoted China–US cooperation. In 2015, China agreed to work with the US to establish a multilateral marine protected area (MPA) in Antarctica, a conservation measure which was ultimately successful in 2016. In December 2017, China, South Korea, Japan, the EU, and Iceland joined the five states with Arctic coastlines to institute a ban on fishing in the high seas area of the Arctic Ocean for the next 16 years.

Arctic cooperation is far more fraught, challenged by tensions between nations with Arctic territory and those without. The Arctic Council is the primary body governing Arctic management, comprised of the eight nations with Arctic territory. While the US has both Arctic shoreline and its own EEZ, China does not. However, both nations share economic, military, and environmental interests, which are growing daily as shipping and resource extraction increases. China currently has observer status and would like to play a bigger role. The US has expressed resistance to greater Chinese influence on the Arctic council, given increasing clashes in the South China Sea and what the US fears as Chinese territorial and maritime expansion. Chinese policymakers and experts have denied that Beijing has any such geostrategic intentions in the Arctic.

China has increased the scope of its polar governance strategy over the last few years, releasing its first Arctic White Paper in January 2018 and increasing construction in the Antarctic. In the last ten years, Chinese policymakers have recognized the regions’ importance as logistics hubs and resource centers, but its interest in the poles extends far beyond economic concerns. Beijing’s polar policies, particularly the “Ice Silk Road”, supports broader political strategies which includes solidifying China’s ability to shape global governance norms. These objectives broadly support China’s environmental efforts and efforts to present itself as a defender of multilateralism.

While China’s polar policy serves multiple aims, its economic potential is considerable. According to the Ocean University of China’s “Arctic Blue Book: Arctic Development Report (2017)”, a fully operation Arctic shipping route can save China US$5.3 billion to 127.4 billion in shipping costs per year. This route would provide safe and stable energy sources for China, as well as strengthen the economic superiority of China’s eastern coast.

In addition to economic advances, analysts indicate that China can use its Arctic strategy as a means of influencing global governance standards. Ministry of Natural Resource Institute of Marine Development Strategy researcher Luo Gang says China must advance research and development in deep sea and polar technology. In doing so, China can advance its polar governance agenda through making full use of existing arctic standards, including the International Seabed Authority, the Arctic Council and the agreement on biodiversity beyond national jurisdiction (BBNJ) standards.

China’s proactive polar policy pars well with its other policies intended to promote increased global influence, particularly the Belt and Road Initiative (BRI). The proposed “Ice Silk Road” would form an important Arctic shipping route intended to promote trade, cultural exchange, and tourism. Tsinghua professor Wu Dahui asserts that the Ice Silk Road is an important segment of the Belt and Road Initiative (BRI), and of particular importance to China–Russia relations. Russian firms, including Novatek PJSC, are looking to expand production and storage of natural gas produced in the Arctic so it can meet Chinese demand and decrease shipping costs.

This proactive stance will almost certainly clash with an American agenda, regardless of administration, as the US either seeks a proactive polar policy (Obama era) or manages an oppositional stance to China increasing its profile internationally (Trump administration). However, given Beijing’s active engagement with regional plays, particularly Russia, China’s agenda is more likely to find traction.

Arctic PolicyGeopoliticsArctic
printTweet
You might also like
Back to Top
CHINA US Focus 2022 China-United States Exchange Foundation. All rights reserved.