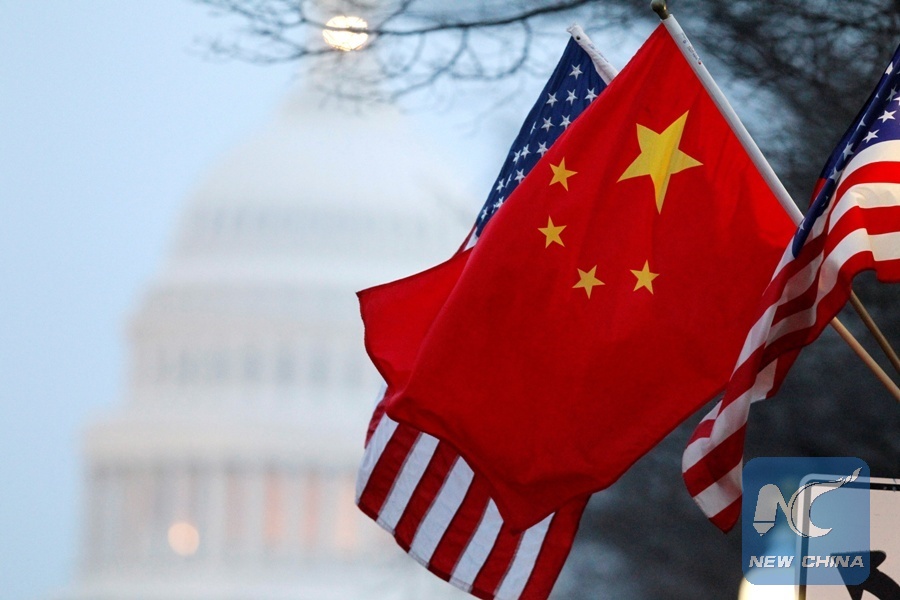 Three pairs of significant, mutually-influential phenomena have emerged in the present world: in a changing world, China is rising, and the world is changing even more profoundly due to its rise; the U.S.’ protectionism and isolationism are bringing more uncertainty to the world and undermining the previously-stable world order, which is diminishing the U.S.’ international credibility; and a renewed focus on the importance of the smooth development of China-U.S. relations provides a chance for the healthy evolution of the international community, thereby creating stable conditions for the long-term development of the bilateral relationship.

The above phenomena raise the issue of whether cooperation can become the new normal for two countries caught between fierce competition and peaceful coexistence. This is an issue that the world has long been expecting an answer to, a historic problem that people from all walks of life, including the heads of the state, politicians, strategists, entrepreneurs and researchers in both China and the U.S. cannot avoid. As the world’s two important countries, it’s an unshirkable responsibility for China and the U.S. to support a stable world order, work to make international society more cooperative, improve the quality of life for our citizens, and make both China and the U.S. great again.

It is time for China-U.S. relations to be rooted in innovative development. Mindful of both past mistakes and past successes, China and the U.S. must propose new ideas, new mindsets, and new ways of building the bilateral ties. In other words, we must try to see, study, and understand each other all over again. China and the U.S. can create new history. As President Xi Jinping has said, we have 1,000 reasons to make the China-U.S. relationship right and not one single reason to destroy it. Similarly, senior officials in the U.S. are also realizing that the China-U.S. relationship is the most important bilateral relationship and have proposed to start a fresh conversation about what will define the relations between the U.S. and China for the next 50 years.

Weighing the China-U.S. relationship within the great trend of global power, it is clear that, for a long time to come, the world will still operate under the pattern of “Two Superpowers and Multi Powers.” As the economic and military gap between China and the U.S. narrows, it is clear that the two superpowers are already decided, and even though the system of multi powers is likely to be dynamic, the gap between the multi powers and the two superpowers may get wider.

The emerging “Two Superpowers and Multi Powers” pattern accelerated the disappearance of “The American Era.” The new pattern is not the same as multi-polarity trend in general sense, and it’s essentially different from the “Two Camps” pattern during the cold war. Thus, confrontation may not necessarily become mainstream in the relations between the two superpowers, and other powers do not need to take sides. The trend in relations between the great powers should be towards cooperation rather than discord.

The proposal of this judgment has surpassed the traditional method of taking value and social system as main considerations in international relations and is in stark contrast to the force showing method adopted by some countries for a long time. This proposal is based on the need to build an international community with a shared vision for the future, and a shared destiny. It’s a different era now; today interdependence not only exists in the economic field, but in many other fields such as security, culture, information and finance, and the influence of globalization on this interconnectedness will only become more and more obvious. Global governance requires strong partnerships and cooperation to avoid detours into fractiousness and disagreement, and in this effort, no country can be the exception.

Measuring the China-U.S. relationship today, we can see that China and the U.S. are not “Part A and Part B” in geopolitics, but dual-centers, taking a cue from a basketball game, in the process of global governance and the evolution of the world order. The leaders of both China and the U.S. agree that their bilateral relations have entered a new stage of development. Both China and the U.S. are custodians over the future of the international community, bearing a responsibility to lead the effort to create norms and systems for the smooth functioning of international society. Dialogues between China and the U.S. have exceeded the concept of “two-civilization dialogues” and have taken the significance of “multi-civilizational dialogues.” The idea of “Part A and Part B” suggests that A plays the leading role while B is the supporting part. This concept is outdated. In relations between China and the U.S. today, neither party should seek to undercut the other. In a system where China and the U.S. are dual-centers, they belong to the same team, namely the team tasked with building a community with a shared future. They are equal partners; together they can lead, guide others and execute a vision of peace, prosperity and stability for the future.

China-US RelationsGlobal Governance
printTweet
You might also like
Back to Top
CHINA US Focus 2018 China-United States Exchange Foundation. All rights reserved. Disclaimer