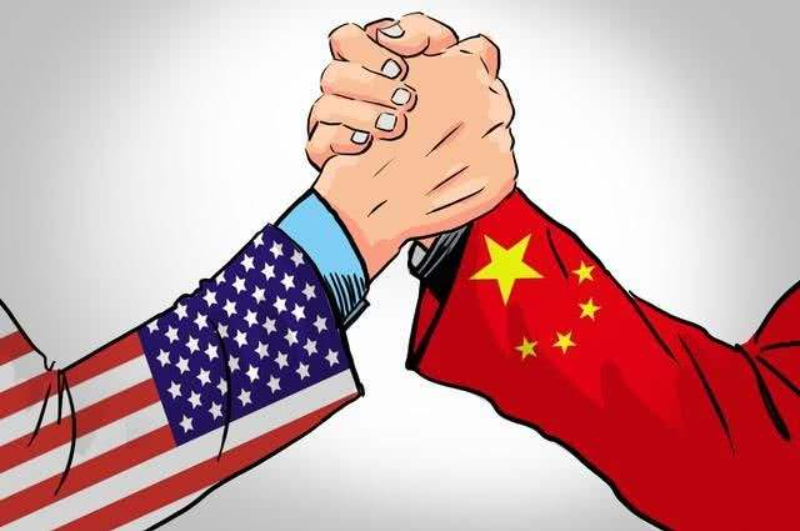 China-U.S. relations have left the era of integration and entered a new historical period in which a new narrative acceptable to both sides has yet to take form.

The ultimate reason is that, with intensifying structural contradictions between the two countries, fierce competition has come to characterize the relationship. The rivalry appears in various fields, including as trade and economics, military, science, technology and the humanities, surpassing cooperation to dominate constructive relations. The two countries are facing not only great uncertainty over prospects for their relationship but also significant perceptual differences in what has led to the current situation, how to redefine relations and how to control disputes.

From the perspective of power rivalry, the United States, as it always does, seeks in-depth adjustment to its global strategies and concentrates resources on the strategic competition targeting China. It mobilizes internal and external resources to this end on a continual basis. With these efforts, a systematic U.S. narrative is taking shape, with its development having gone through three stages.

In the first stage, the U.S. strategic community engaged in large-scale discussions about policies toward China since 2015, as disputes over trade and economics and the South China Sea arose. In these discussions, the clamor that “the engagement policies of all previous U.S. administrations ended in failure” prevailed, and the voices calling for “rebuilding” major strategies toward China were loud and clear.

In the second stage, the Trump administration started a trade war and a tech war, and it made ideological attacks, labeling China as its primary strategic competitor, stigmatizing it as behaving unfairly in the global economic system and calling it a thief of intellectual property and a “revisionist” in the postwar international order.

Further, Washington interpreted China-U.S. contradictions as a life-and-death battle between authoritarianism and the free world. It even escalated the contradictions onto the level of a “clash of civilizations” and agitated for domestic forces to contain and oppose China. In this process, however, the arbitrary, extreme and irrational judgments regarding a clash of civilizations, a new cold war and other charges have been questioned by some rational U.S. scholars.

In the third stage, after Joe Biden assumed office, the administration organized a review of its policies toward China but essentially continued the narrative of its predecessor. It defined China-U.S. relations as “fierce strategic competition” and emphasize common Western values to coordinate with its allies and partners and thereby expand its domestic mobilization to the world at large.

Despite all this, the administration has admitted that it is impossible for the U.S. to decouple from China and that cooperation with China is indispensable as the U.S. attempts to lead global efforts on climate change and other items on its agenda. On this account, it proposed building “guardrails” around bilateral ties, categorizing issues in China-U.S. relations as “competition,” “confrontation” or “cooperation,” and increasing management and control to avoid possible “disasters.”

Yet, the voice of the U.S. strategic community lingers. Recently, scholars including David Lampton, Kenneth Lieberthal, Susan Thornton and Thomas Fingar defended what has been an engagement policy toward China since the 1970s. The latest book — “Engaging China: Fifty Years of Sino-American Relations” — encapsulates their thoughts and concludes that the engagement cannot be regarded as a failure. Rather, engaging China has benefited the U.S. by accelerating the end of the Cold War, integrating China into the international system, advancing global poverty alleviation efforts and allowing major reductions in military expenditures as the Asia-Pacific region has maintained peace — to name a few of the positives.

They also argued that the engagement policies were not enacted to transform China, nor made based on any one-off choice. Instead, those policies arose from an accumulation of decisions made by previous administrations in response to various events and were “a response to possibilities and opportunities.” They also noted that the current narrative of U.S.-China relations largely ignores its security-based origins and the necessity and inevitability of hedging America’s bets.

Such arguments, to a large extent, can be considered counterattacks from rationalists in the U.S. strategic community against the excessive adjustment of U.S. policy toward China in the previous stage, and against decision-makers for the estrangement they once experienced, which naturally provoked a backlash from hardliners. In an article published on the website of Foreign Affairs on Oct. 19, the prominent aggressive realist scholar John Mearsheimer stressed that U.S. polices toward China that are driven by idealism but are not logical under realism had failed, and that “the inescapable outcome is competition and conflict.”

Although different factions are still debating the value of past engagement policies, the mainstream belief is that the U.S. has reached a consensus on the necessity of engaging in all-government, systematic strategic competition against China. Further, this consensus is expanding, as the U.S. has realized it cannot make a choice between responding to global challenges and coping with great power competition. Instead, the two tasks must be done simultaneously.

The new U.S. narrative on China is still developing, and its conclusion remains unclear, mainly because the big question — What on earth should the new policies toward China be? — awaits an answer. The Biden administration refuses to admit that the U.S. is trying to suppress China’s rise and claims it firmly opposes a new cold war. At present, the U.S. is strengthening diplomatic communication with China and playing down confrontation in the relationship. Rational scholars have proposed that new policies should aim to achieve equality, yet the connotations remain fuzzy. What’s more, their specific proposal for avoiding a new cold war is too weak to address the fundamental concerns of the two governments.

A series of official reports by the Biden administration will be released at the end of this year, including the National Security Strategy, the Nuclear Posture Review, the National Defense Strategy and the new Indo-Pacific Strategy Report. It remains to be seen what attitude the U.S. will take toward China and whether a complete and relatively rational narrative can be established.

With its power continuously increasing and substantial changes occurring in the nature of China-U.S. relations, China is also seeking to explore a new narrative in relations. It has experienced several stages as well. At first, it was comparatively idealistic. After rejecting the G2 relationship proposed by U.S. strategic heavyweights, China devoted itself to exploring the building of a new-type of great power relations and trying to form a narrative framework acceptable to both sides.

Then China strongly reacted to the strategic adjustment made by the U.S., while exerting diplomatic influence based on its static thinking formed over the past few years. During this process, and with a fighting spirit repeatedly emphasized, the fighting practice and its domestic mobilizing effects continue to advance. And its confidence and vision — globally — of engaging with the U.S. under new historical conditions has been gradually established. However, amid the ever-changing global landscape and continuous friction between China and the U.S., adding that the review of U.S. policies toward China is not yet final and the “strategic ambiguity” with regard to Taiwan has yet to dissipate, China is still unable to form a complete new narrative.

In its diplomatic communication with the U.S., China explicitly opposes defining the world’s most significant bilateral relationship by competition, or anything else. This indicates that China rejects being forced into any narrative by the U.S., refuses America’s shifting of blame for the deterioration of bilateral relations onto China and turns down the U.S. attempt to piece together unified Western policies to oppose China.

Nevertheless, this does not mean there is no competition in China-U.S. relations. In fact, Chinese State Councilor and Foreign Minister Wang Yi once said, “Despite elements of competition, China-U.S. ties are defined more by partnership, not rivalry.”

Competition between China and the U.S., such as that seen in the fields of trade, economics, science and technology, should and could have been steered in a positive direction to improve the well-being of all mankind. However, the fact that the U.S. unilaterally and reductively defines China-U.S. relations by competition sets a narrative trap in an objective sense. Once China falls into such a trap in its narrative, it will, consciously or unconsciously, allocate all its resources and mobilize public opinion toward the definition of competition in its relations with the U.S. If this comes to pass, the malignant interactions between the two countries will escalate across the board, thus inevitably resulting in a new cold war.

Further studies and discussions are needed regarding how to write the new narrative of China’s relations with the U.S. A rivalry of narratives has long been waged by the two countries. Everything in the past, from the trade war to COVID-19 and the effort to find its origin, is simply prologue. In truth, it is the confrontations between the two sides since the talks in Anchorage that are playing a major role. If the current course continues, in which one side insists on competition while the other pursues cooperation, bilateral disputes will slide into an infinite loop in which reaching any consensus will be unlikely.

Yet this does not mean the two narratives are completely parallel or without overlap. When it comes to defining China-U.S. relations, scholars from both countries advocate for the concept of “coopetition” — a useful coinage. Regarding what kind of relations the two parties should strive for, the Biden administration recently used the expression “durable coexistence,” as scholars from both sides hoping to achieve “peaceful coexistence” state that the two global powers must renew their commitments to each other to achieve that. Meanwhile, be it governments, the academic community or the public, both sides have acknowledged the importance of maintaining exchanges, managing disputes and cooperating on global issues.

Lying behind the rivalry of narratives is a more in-depth question waiting to be solved: What on earth are the two countries fighting for? The question has remained unanswered ever since it was raised a few years ago. The two countries are not vying for hegemony, since China does not intend to replace the U.S. to dominate the world. And it seems they are not competing for room for development either, as the U.S. strategy toward China is far beyond suppressing its rise. If neither side can support their fights with convincing arguments acceptable to the other and the world, shouldn’t they sit down and have some productive discussions to clear up misunderstandings and bring their narratives as close to objective facts as possible?