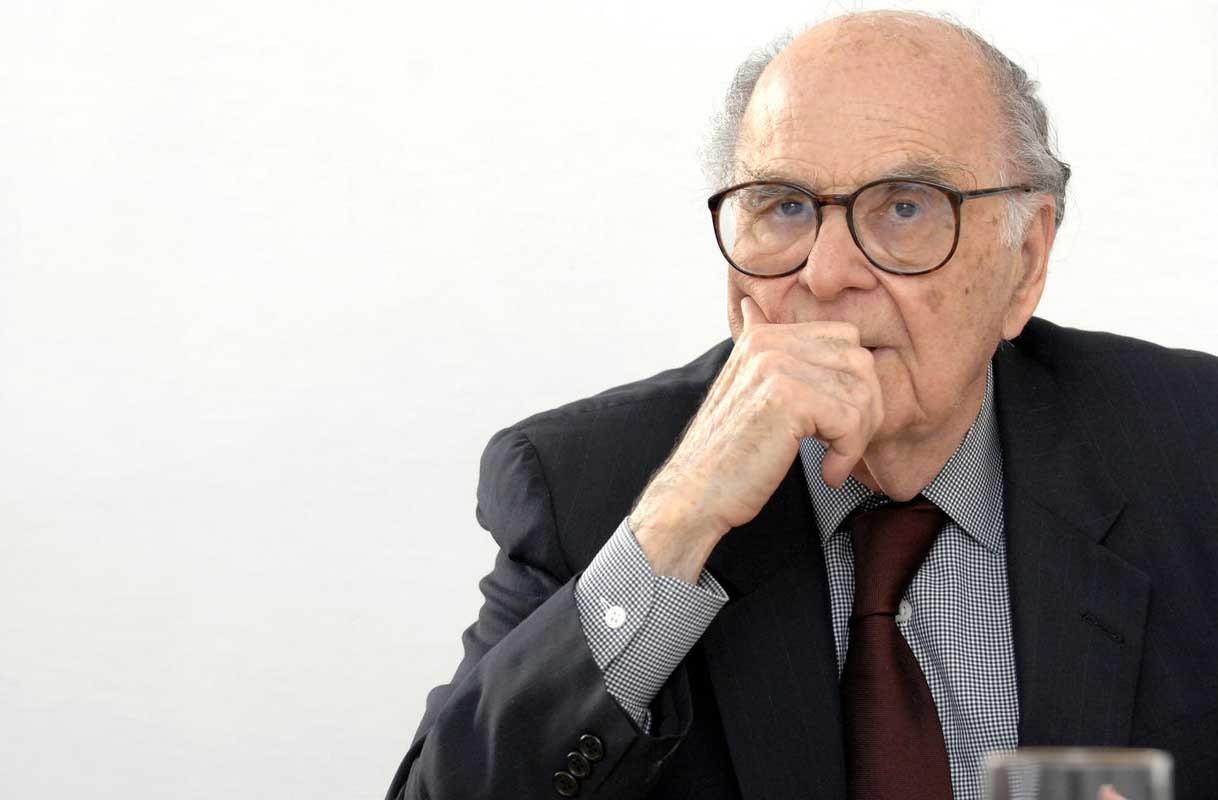 In the United States, in the early 2000s, I was part of the U.S. public relations agency team that worked with the Hong Kong Economic & Trade Office as it worked to communicate Hong Kong's efforts in battling the deadly spread of SARS, or Severe Acute Respiratory Syndrome—a disease linked to the SARS coronavirus, SARS-CoV.

As Hong Kong people over the age of 25 might well remember, these were difficult times. They were also times that came back to me this February as I reflected on what I might say or write in remembrance of Harold Burson, the late founder of the public relations firm Burson-Marsteller. Harold had passed away early this year due to complications from a fall.

Over 30 years, Harold had become a longtime friend and mentor of mine, and had been rightly described by PRWeek magazine as "the [20th] century's most influential PR figure." When he passed away from complications from a fall, Harold, at 98-years-old, had seen over the course of his lifetime the start and end of a world war and a polio epidemic, and the arrival of then-modern technologies that are modern no more.

What wisdom might Harold have shared today with China's and the United States' leaders as well as elsewhere in our globalized world in this unfolding age of the novel coronavirus & COVID-19? Through the decades, Harold and the firm he led would be involved in similar crises, from pandemics to corporate disasters and blunders, as well as triumphs that would help define the practice of crisis management and crisis preparedness. Landmark assignments also included work on the development of the "Hong Kong: Asia's World City" branding.

It was under Harold that my own international career would begin in the 1990s, taking me to Tokyo, Beijing, and Hong Kong, and back to New York after September 11th, 2001.

According to the World Health Organization, SARS appeared in November 2002 in southern China's Guangdong province, just across the border from Hong Kong.

The first confirmed case of SARS in Hong Kong was in March 2003, and the city would go on to bear the disproportionate brunt of the deaths and economic impact outside of Mainland China.

Lessons learned during those difficult times have now aided many nations in their efforts to face the ongoing pandemic of SARS-CoV2, or severe acute respiratory syndrome coronavirus 2.

As COVID-19 continues to take its toll on our elders, let us not forget the wisdom of people like Harold.

Five points I learned from Harold's example still very much apply today in China, the United States, and beyond.

Harold might have passed away, but his timeless wisdom holds true today for all countries, businesses, and individuals as we battle the direct and indirect consequences of the ongoing pandemic.

With much of the world's population in lockdown, tensions driven by close proximity for days on end are likely to raise tempers and the chances for conflict. Certainly be mindful, but let us also remember the power of kindness.

He might have been a pioneering CEO at a firm with thousands of employees, but Harold made time to offer up a kind word, a hand-written note of thanks, or an encouraging email.

"Be kind whenever possible. It is always possible," the Dalai Lama is famously said to have shared. And Harold would have no doubt agreed, even in these most difficult of times.

Corporate titans and presidents—most famously Ronald Reagan—took to Harold. Every leader develops his or her style. And for Harold, leadership also meant a steely humbleness.

Think Yoda more than General Douglas MacArthur. And that is something also that leaders today, including in the United States and in China, where the coronavirus first emerged, might also take to heart. Past success in battling this latest coronavirus is certainly no predictor of future outcomes, and leaders will not want to declare "mission accomplished" too soon.

In building a global business, Harold was no stranger to success or failure. He knew, though, that accountability is not a punishment or simply about water under the bridge. Through accountability comes change and progress.

As Fay Feeney, CEO of advisory firm Risk for Good, tells me, "Accountability is an assurance that an individual or an organization will be evaluated in their performance or behavior related to something for which they are responsible." And they will be stronger for it.

A basic tenet of public relations, attributed to American humorist Will Rogers, could well have been attributed to Harold. "It takes a lifetime to build a good reputation, but you can lose it in a minute.”

That is echoed in legendary investor Warren Bufftet's oft-quoted statement, "It takes 20 years to build a reputation and five minutes to ruin it. If you think about that, you'd do things differently."

In one minute or five, reputation—like trust—can be lost quickly. And trust, Harold taught me, like a good reputation must be earned over time. And that is true for nations to. Ongoing doubts over the accuracy of COVID-19 case data from China is due in no small part to longstanding doubts about the accuracy over Chinese economic reports, as well as how it handled the SARS outbreak.

So, how to earn trust in the age of coronavirus? The solution, Harold might have said, could well be quite simple: tell the truth. And more than that, allow others to tell and report the truth.

Those words of wisdom ring particularly true at a time when American reporters from The Wall Street Journal, The New York Times, and the Washington Post have been forced out of China, and when many mainstream reporters take understandable umbrage at being labeled as "fake news" by political leaders, including the U.S. president.

This past February 15th, Harold would have celebrated his 99th birthday. Harold was already 64 when I first started working with him way back in 1986, underscoring how each of us, too, can impact a life at any age.

And as I think about it more, Harold’s story is not fully over. He will live on to 100 and beyond through his ideas, his values, and through all of us—whether family, friend, client, or colleague—if each of us embrace his decency, his humanity, his wisdom.

Be kind. Be humble. Be accountable. Earn trust. Tell the truth.

Those might sound like old-fashion words of wisdom from a century past. The first few months of 2020 and an unfolding pandemic, however, tell us they are 20th century lessons that must not be forgotten in the 21st, whether in Beijing, Washington, Hong Kong, or elsewhere.