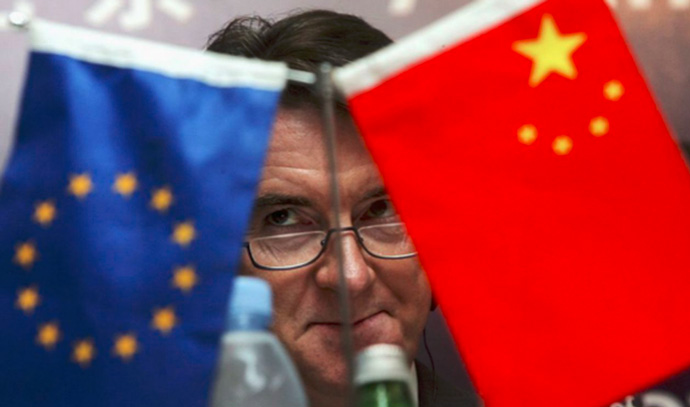 Ahead of this year’s EU-China Summit, the EU Commission released a 10-point report last month labelling China a “systemic rival”. Despite weeks of tense exchanges and high uncertainty, the two sides left the EU-China Summit committing to strengthening their “strategic partnership”. The Joint Statement released on April 9th saw EU and Chinese leaders pledge support for multilateralism and a rules-based trade system. Unlike the US, it is important to note that the EU does not perceive China as a “strategic” rival, but a “systemic” one. This implies room for cooperation based on the idea of convergence rather than divergence of governance models. While China’s lack of economic and political liberalization poses a direct threat to EU’s interests and values, common ground can still be reached, as the two are not engaged in strategic competition.

That being said, a set of economic and political challenges must be addressed before China and the EU can achieve a true strategic partnership. Despite repeated calls by French President Emmanuel Macron for a ‘united European front’, it has been difficult to get all member states to fall in line; especially, with Italy's decision to participate in the Belt and Road Initiative (BRI) and Greece becoming the newest member of the “16+1” forum. It is true, China prefers to engage European states bilaterally because it tends to see Europe as a geographic entity rather than cohesive economic and political bloc. While China is clever about playing on differences, it does not necessarily actively seek to create them. Oftentimes, China simply exposes disunity within the bloc. Indeed, Europe needs to be able to speak with one voice in order to defend its economic and political interests. This is, however, first and foremost an internal process, which China can serve as an impetus for.

A reconfiguration of EU-China economic relations must deal with issues relating to trade and investment imbalances, as well as industrial policy. According to Commission figures, the EU has a US$207 billion ($184 billion euros) trade deficit with China. Moreover, access to investment remains highly unequal, with EU doors wide open for Chinese investment, but European companies facing discrimination and forced transfer of technology in Chinese markets. Beijing’s ‘Made in China 2025’ plan also alarms Brussels, with its ambitious targets, state-sponsored subsidies, and aggressive acquisitions of European companies in critical industries. With backing from Germany and France, the EU Commission has sought to adopt measures to address these concerns, including an EU-wide investment screening mechanism, reform of anti-trust rules (to facilitate mergers of large European groups to better compete with China), as well as cybersecurity rules and safeguards. However, progress remains slow due to opposition from some of the bloc’s national capitals.

That being said, the EU leadership’s toughened stance has resulted in some modest breakthroughs with China, which will likely support its current efforts. The two parties agreed to finalize an investment access deal by next year, to improve European access to the Chinese market. And Beijing committed to publishing a list of sectors where foreign investment restrictions would be relaxed in June. Beijing also expressed willingness to continue cooperation with the EU on WTO reform, potentially opening discussions about industrial subsidies and forced technology transfers. While this is certainly a step in the right direction, an ‘agreement to agree’ falls short of improving reciprocity on concrete terms in the near future.

Diverging ideologies and values further hamper a strategic partnership between the EU and China. In particular, Europe will face difficulty engaging China’s single-party state, which does not share the same commitment to democracy, transparency or freedom of speech it does. In the weeks leading up to the summit, a group of NGOs called on EU leaders to press Beijing on the rapid deterioration of human rights in the country. However, neither re-education camps in Xinjiang, nor arbitrary detentions of human rights defenders and lawyers in China were mentioned. The joint statement expressed support for the EU-China human rights dialogue, which critics say is a weak and insufficient diplomatic tool. While political liberalization in China may take decades, middle ground in political ideology can be found in the context of global governance. That is, China and the EU have overlapping interests when it comes to upholding the Paris Climate Agreement, achieving the 2030 Sustainable Development Agenda and maintaining the Iran Nuclear Deal.

The China challenge raises important questions for the future of the European project and the ‘European dream’. That is, in order for the EU to speak to China with one voice, from power to power, it needs to deepen and strengthen integration. Europe’s US$19 trillion single market theoretically gives it huge clout in trade negotiations, competition policy, setting regulations and standards. However, European foreign policy remains weak. Too often, member states are so busy dealing with national issues or resolving regional differences, international matters become an afterthought. While China’s bilateral approach towards Europe has been good for dealing with small countries in the short-run, it is better for China to be able to count on a ‘united Europe’ as a strategic partner in the longer-term. The end of European naïveté, in President Macron’s words, marks the end of European passivity, and proactive engagement towards China. However, the path to getting China to adhere to and cooperate with market rules, as well as EU and international requirements, has only begun.
China-Europe Relations
printTweet
You might also like
Back to Top
CHINA US Focus 2023 China-United States Exchange Foundation. All rights reserved.