It has been almost four decades since the normalization of relations between China and the United States, and the trend is a positive surge despite some ups and downs. China-US relations are broadly defined by cooperation, and when interests diverge, the two countries managed to rise above differences, avoid confrontation and seek common ground. All in all, the two countries share the same strategic direction and make an effort to meet each other halfway when differences arise. 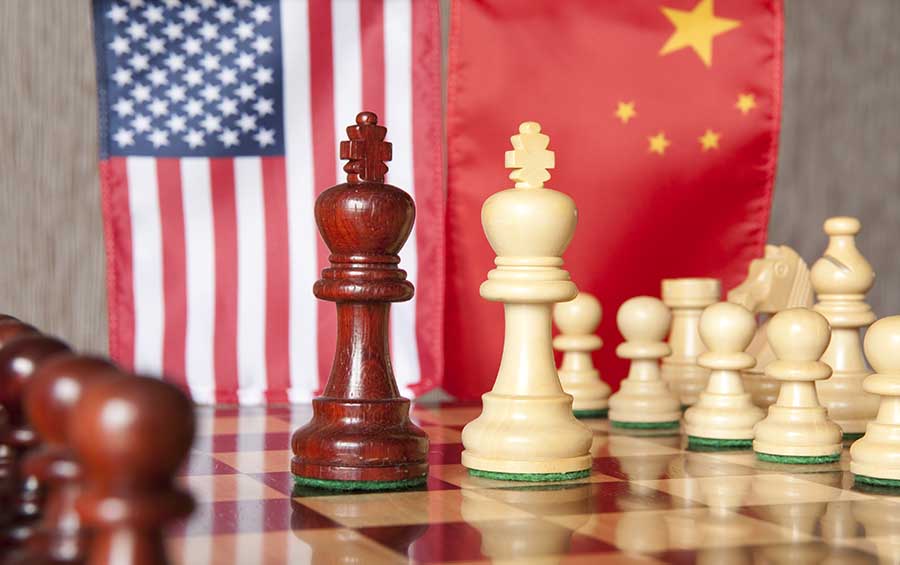 But it merits attention that in the recent 10 years since 2008, China- US relations have taken on new changes incrementally, so much so that some of the previous pattern and dynamics in bilateral engagement have dwindled or are no more. Consequently, some of the principles, frameworks and policies are becoming dysfunctional. These changes are primarily manifested in the following aspects:

First, a change in the balance of power between China and the US. The 2008 financial crisis took a toll on the US economy, coupled with the prolonged conflict in the Middle East, and the national strength and international influence of the US were eroded. In the meantime, China made the best of this strategic opportunity by focusing on its strategic priorities, hence the substantial progress in trade, technology advancement and military capabilities, not to mention having made the second-largest economy in the world, resulting in growing national strength and global influence. China watchers in the US regard the rise of China as different from that of the Soviet Union, as they see beyond the rise in economic power, but also the multi-dimensional growth of China’s strength. More importantly, the shrinking gap in relative power between China and the US is in line with the prevailing trend marked by the historic shift of gravity from Western countries to emerging countries. So when things are put into perspective, China’s rising power relative to the US has often been aggrandized. One consequence: What could have been a normal rise and growth of one country versus another is being defined as a competition between No.2 and No.1 in the world, prompting US foreign policy to evolve from how to handle “China’s rise” to how to deal with a “strategic competitor and adversary”. This explains why China-US relations currently experience more competition and contention, particularly in arenas with major repercussions such as geopolitics, military and security, and development models.

Second, the US foreign policy focus has shifted from countering terrorism to balancing the rise of another major power, and thus from Middle East to Asia. Contrary to what appears to be the case, it is not a strategic pullback, but an expansionary foreign policy underpinned by the “pivot to Asia”, to counter potential challenges stemming from China’s rise, ranging the wide spectrum of military, diplomatic, economic, political and psychological effects. On the other hand, China launched the “Belt and Road” initiative and undertook land reclamation on its territorial waters in the South China Sea, which served to counter the strategic pressure from the US, but it is widely misinterpreted as an expansionary policy aiming at driving the US out of Asia. Such perception results in a full-fledged confrontation between China and the US, for the first time in a century, with both countries caught off-guard both strategically and psychologically but nonetheless assuming the worst of each other and interacting without the guidance of recognized rules or roadmap. The ongoing tension between the two counties in that Asia-Pacific region largely is driven by these new dynamics. For both countries, it is therefore a pressing test of strategic importance to find a way to coexist in peace over the long run.

Third, the strategic landscape has changed. During the 1970s and 80s, China and the US found common ground in the need to maneuver with the Soviet Union. In the 10 years immediately following the Cold War, globalization swept all in its way to the path of economic engagement and cooperation. In the first decade of the 21st century, China-US cooperation was propelled by the twin goals of improving economy and trade and counter-terrorism cooperation. The current global configuration has change; some of the common ground either disappeared outright, or diminished to the point of irrelevance. Even on the counter-terrorism front, though it remains a top priority for the US, the country nevertheless is inclined to divert its energy and focus to deal with the rise of emerging countries, as part of its recalibration of global strategy and resource input, and is set to pass on the baton of countering terrorism in the Middle East to its European allies. Under such circumstances, it is unlikely that anti-terrorism cooperation could bind China and the US closer, as had been the case in the immediate years after 9/11.Another potential trend that merits attention: When China and the US are transforming their respective growth models, it will lead to more competition between them, and the conventional wisdom that the two economies are complimentary will ring less true. Economic and trade cooperation is serving as the “ballast” of bilateral ties at the moment, but over time, the ballast may morph into a point of friction when competition overrides complementarity. If and when the old anchors for cooperation become eroded, if new ones fail to take up the slack, there will surely be a bumpy ride ahead for this juggernaut relationship.

Fourth, respective domestic and external environments have changed. In more instances, China-US relations are distracted or even hijacked by “third party factors”, as the geopolitical competition between the two countries in recent years often involve Japan, the Philippines, Vietnam, North Korea, Sudan, Iran, Myanmar, Ukraine and Russia. China and the US each bear deep misgivings against the other’s involvement with these “third party factor” countries, and sometimes contentions or disputes with these “third party countries” will spill over into China-US bilateral ties and evolve into strategic rivalry. So all in all, where China-US relations are heading is not entirely a matter for the two countries alone to decide. In the meantime, both countries are experiencing major domestic changes. Both are in the midst of sweeping structural reforms, their domestic political and social situations are constantly evolving, and the decision-making process in both countries is growing more complex as vested interests, social media and public opinion are at play. A case in point -- in the US today, political polarization and populism enjoy broad appeal. It is not surprising that the US business community, usually the most benign voice in support of China-US ties, take a U-turn and become most vocal in encouraging more pressure on China. In the meantime, in China domestically, rational nationalism and populism interact and have to some extent shaped public opinions and thus have an impact on decision-making.

The above stated four changes interplay with each other and have already led to changes in China-US relations. If we fail to grasp these new changes, and cling onto anachronistic approaches, the relationship might stall, or even suffer setbacks. If we can embrace the changed circumstances, and chart a new course forward and institute workable frameworks, then China-US relations may well be on track to scale new heights.

China-US RelationsMajor Power RelationsstionsAsia-PacificPivot to AsiaGeopolitics
printTweet
You might also like
Back to Top
CHINA US Focus 2018 China-United States Exchange Foundation. All rights reserved. Disclaimer