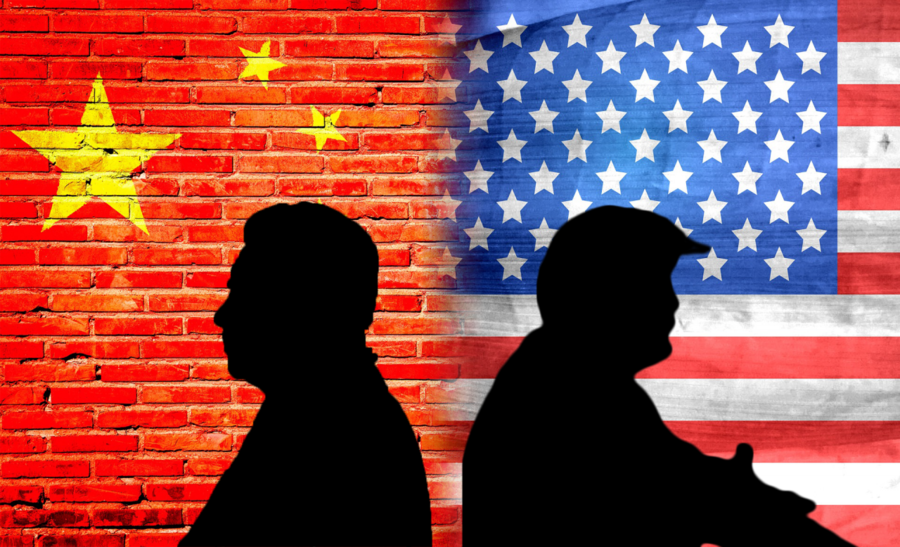 China-U.S. relations have been on a sustained downward spiral for a considerable period of time. Mutual trust has drained swiftly as their shared fundamental interests have been continuously undermined and mutually beneficial cooperation has gradually slackened.

As a result, even the foundation of popular support, which has strongly underpinned bilateral relations for years, is being crippled. Far from consolidating coordination and cooperation, the COVID-19 pandemic has actually heightened tensions. This evolution of bilateral friction can be broken down into several stages.

In the initial stage, the U.S. was among the first to evacuate its nationals from Wuhan and roll out measures such as halting flights and restricting the entry of Chinese nationals into its territory.

The U.S. government also discussed how to use the outbreak in China to accelerate the return of jobs to its shores. During international conferences, Secretary of State Mike Pompeo, Defense Secretary Mark Esper and House Speaker Nancy Pelosi pressured countries to fall in line on the Huawei issue, which the Chinese deemed poor decorum.

In the second stage, after the coronavirus broke out within the U.S., the Trump administration — trying to shift the blame for bungled responses and secure the upcoming presidential election — took advantage of a claim on Twitter by China’s Foreign Ministry spokesman Zhao Lijian’s that it might be U.S. military that brought the epidemic to Wuhan and began referring to the coronavirus as the “Chinese virus” to scapegoat China.

China then launched a public opinion counterattack, which the White House called a disinformation campaign run jointly by China and Russia, whose aim was to frame the U.S.

In the third stage, heightened frictions were mildly curbed by diplomatic engagement — including negotiations and representations, U.S. media interviews with Chinese Ambassador to the U.S. Cui Tiankai and the voices of elite groups. On March 27, the day after the G20 Virtual Summit, the Chinese and U.S. heads of state spoke by phone, both making explicit commitments to cooperation on the COVID-19 pandemic.

In the fourth stage, as the pandemic in the U.S. exploded beyond control on all fronts, the Trump administration further entrenched the strategy of blaming China. The U.S. Congress has initiated a full investigation into the handling of the coronavirus outbreak in America, and investigative agencies from several Republican-dominated states have brought claims for damages against China. This escalated the competition for public opinion again.

China and the U.S. were already on the brink of a new cold war, or a quasi cold war, before the pandemic. This has only been exacerbated in the wake of the outbreak.

As the battle for public opinion has escalated during the pandemic, the attitudes of the two peoples have been impacted. Resentments and grudges are going mainstream, and the handling of frictions in political and journalistic circles features the same eye-for-an-eye attitude that was seen in the Cold War of the last century. As a result, the two countries’ views of each other have deteriorated sharply, and great changes have taken place in how the two societies view each other. This leaves enduring and severe wounds on bilateral relations.

According to a Pew Research Center survey of 1,000 Americans conducted from March 3 to 29 this year, 66 percent of respondents said they had an unfavorable view of China, the most negative rating for the country since Pew began asking the question in 2005. It was just 47 percent in 2017. Meanwhile, 62 percent said they saw China’s power and influence as a major threat.

For the Trump administration and the U.S. right-wing, the coronavirus outbreak in the country represents an unconventional Pearl Harbor. The U.S. does not need to make strategic adjustments domestically in its rivalry with China, as that mobilization has been virtually completed already. On the other side of the Pacific, however, in response to U.S. aggression and with a wide domestic consensus, China is about to unveil a new U.S. strategy.

Judging from the context, China-U.S. relations will officially enter a post-pandemic era characterized by vicious competition. Dueling with China is an established American strategy. In terms of its foreign policy, China will strive to respond to the strategic shifts of the U.S. with a more proactive fighting spirit in the future. Such tit-for-tat adjustments mean that tensions between China and the U.S. will be inflamed.

In my view, four crises await:

First is the cross-examination crisis. After the pandemic passes, the Trump administration will savagely trumpet international voices putting China in an unfavorable light so as to relieve its own guilt. The pressure of investigating China’s responses to the pandemic and holding it accountable may linger for a long time in the form of congressional legislation, legal action taken by nongovernmental entities, embellished statements from politicians and so forth. It will involve the source of the coronavirus, laboratory safety, the reliability of information, the relationship between the Communist Party of China and the World Health Organization and a disinformation campaign.

It is the process, not the result, that challenges China the most, because whatever the pathway, judicial reviews and cross-examinations will be protracted and place long-term burdens on China’s reputation — not to mention overwhelming moral pressure. It is possible to argue that the real aim of the U.S. right-wing in hyping the accountability issues is to make China suffer in a prolonged trial of negative public opinion, moralizing and denigration.

Second is the economic and industrial crisis. The pandemic has diverted attention from the China-U.S. trade war, but in fact a larger conflict is brewing between the two. Although positive progress was made in implementing their phase one trade deal earlier in the year, there have been problems with both the supply and demand sides after the outbreak. The enforcement mechanism will determine whether there will be renewed tariff battles and whether a second round of trade talks will ever take place.

Meanwhile, various sectors in the U.S. have been reassessing the safety and stability of their supply chains as the Trump administration introduces restrictions on the export of sensitive items to China. The odds of decoupling between Chinese and U.S. industries, principally those in the fields of digital technology, internet, and some manufacturing sectors, will increase in the course of coping with the pandemic, and possibly lead to systematic decoupling. The slowdown of globalization, as well as the economic recession and domestic job losses in the U.S. brought by the pandemic, will objectively accelerate decoupling. Moreover, the alleged fraud scandal involving Luckin Coffee renders decoupling of the Chinese and U.S. capital markets no longer impossible.

Third is the geopolitical crisis. The pandemic has dealt a blow to China-U.S. relations on strategic security grounds. The spread of the coronavirus among U.S. troops has directly influenced the country’s deployment plan and combat effectiveness in the Indo-Pacific region, heightening U.S. sensitivity to China’s movements in the South China Sea and Strait of Taiwan. In fact, the frequency of U.S. vessels and aircraft carrying out so-called freedom of navigation operations and close-in reconnaissance activities nudging up against China’s offshore waters has increased, not diminished. When the pandemic passes, the Pentagon will end its freeze on overseas troop movement. With an all-around resumption of U.S. military activities in the Indo-Pacific region and the beginning of Tsai Ing-wen’s second term in Taiwan, sentiments in both China and the U.S. will intensify. The two countries are more, not less, likely to wade into military frictions in the waters of East and Southeast Asia. The U.S. military may push harder to play up its notion of a China’s maritime military threat in the face of greater budget pressures.

A hot debate on whether China should enlarge its nuclear arsenal, which has suddenly erupted in China’s social media, caused great concern on the U.S. side, not only adding the pressure of being dragged into multilateral arms control negotiations but also igniting an American reassessment of China’s military intentions.

Fourth is the crisis of choice. The end of the pandemic will herald a time of active adjustments to the global system and international order, and all countries, none of which were spared from the pandemic, will play a part in the process.

The U.S. worries that China will seek to fill the vacuum in the global system and initiate a leadership battle at a moment when Washington is caught up in internal crises, which for the U.S. is a real and urgent concern.

The restructuring of international public health governance will be a new front in the shifting international order, and the China-U.S. rivalry will become particularly fierce, even driving the U.S. to stage an exodus. If the U.S. is to set up a new WHO in its favor — along with moves to force the World Trade Organization to fail and then rebuild a trade circle based on new standards — it will usher in a great disruption of the global system.

How individual countries adjust their relations with China and the U.S. is also an important factor. Most members of the international community do not wish to take sides; rather, they will review the two countries’ relevance to themselves — their international position, their values and roles — and thus rearrange their relations with the major powers. In addition to market opportunities, returns on cooperation and political dividends, other factors can determine their final policy orientation. These include value recognition, security dependence and psychological fears.

These four crises are extremely hard to control. They may occur one after another or, more likely, take place concurrently with their consequences and impacts intertwined. They will ultimately change the agenda of China-U.S. relations in an integrated and fundamental manner, and largely lead to deeper adjustments to domestic politics, economies, societies and cultures in the two countries.

With such a grim situation ahead of us, especially the dangers of the next six months, we must prepare and, more important, make constructive interventions.