Haggling Over the Outbreak in Iran 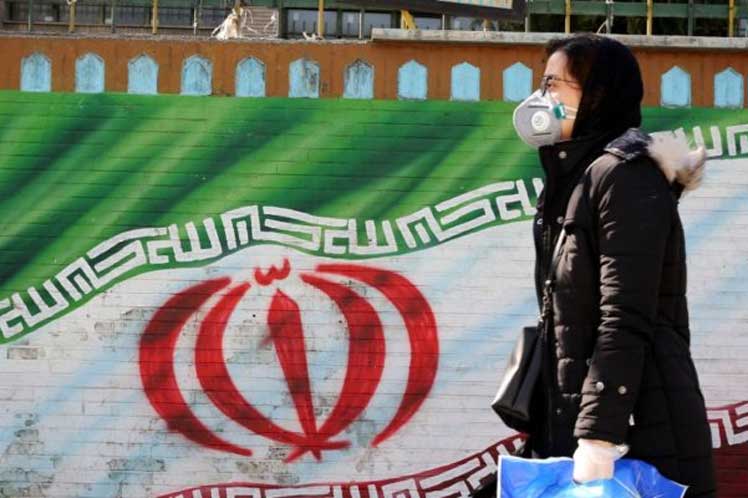 Tehran, Mar 8 (Prensa Latina) The Iranian Ministry of Health confirmed on Sunday that 194 people have died from Covid-19 and more than 6,000 are infected with the lethal coronavirus.

With the global spread of the coronavirus and its related pneumonia, COVID-19, the focus of world attention has seemed to shift away from the previous geopolitical game to preventing the spread of the epidemic and strengthening international cooperation for combating it.

Haggling by the United States and Iran over the coronavirus outbreak in Iran reflects the contradictions and entanglements between the surface and the lining.

While Iran is in dire need of international aid, its government fears that accepting U.S. aid will come at the cost of both its “surface” and its “lining.” More than 100 countries worldwide have seen outbreaks of the coronavirus, and Iran is the worst-hit country in the Middle East. According to an announcement by its Ministry of Health on March 8, newly confirmed coronavirus cases in Iran have reached a daily average of more than 1,000. The cumulative number of confirmed cases has reached 6,566, with 194 deaths.

Iranian President Hassan Rouhani said, “The outbreak of the coronavirus has affected almost all provinces in Iran.”

What worries Iran even more is that some senior Iranian government officials, including the country’s vice president, cabinet ministers, deputy speaker, adviser to the president and speaker, parliamentarians and former ambassadors abroad have also been infected, and some have died.

Such a serious outbreak is certainly difficult to cope with, given the level of Iran’s existing medical facilities. Although the U.S. government says it is willing to help Iran fight the outbreak if it asks for help, the Iranian side believes the offer is a case of “weasel sends New Year’s greetings to chicken” — no good intentions. Iran will lose face in terms of national dignity and integrity if it accepts aid from the United States, its archenemy. The U.S. has been cracking down on Iran and sanctioning it for decades. The latest blood feud is the killing of Iranian general Qasem Soleimani by the U.S. at the beginning of this year.

In addition, the Iranian government is worried that the United States would be acting in the name of aiding the fight against the epidemic, but its true intent would be to interfere in Iran’s internal affairs and to subvert the regime by infiltrating Iranian society and cultivating pro-American and reformist forces.

Since taking office, the Trump administration has pursued a policy of “extreme pressure” on Iran, pushing for change and pressuring it to alter its nuclear and regional policies. Iran’s parliamentary election at the end of February resulted in a big win for the Conservatives, who took more than 200 of the 290 total seats.

The rise of conservative power and the consolidation of the current Iranian regime, led by Supreme Leader Ayatollah Ali Khamenei, is Iran’s “inner lining,” which must be secured against assault and must not be opened up by any possible loophole as American anti-epidemic aid comes in. Because of the dual concerns about surface and lining, Iran kicked the ball back to the United States, arguing that if the U.S. sincerely wanted to help Iran, it should lift sanctions, including a ban on the importation of medical supplies. Otherwise, any so-called aid to Iran is a deception. Some people in Iran have even accused the U.S. of creating the coronavirus as a weapon, with the aim of destroying Iran.

From the U.S. side, the high-profile offer to help Iran fight the epidemic is a good humanitarian and diplomatic card with surface glory. While Iran is indeed facing a sad moment with the spread of the epidemic, if the United States, from the perspective of the humanitarian and global health security concern, can really put the surface issue of humanitarian diplomacy ahead of the lining issue related to geopolitical considerations, it can only be good for the re-election chances of Donald Trump.

The U.S. should relax and lift its embargoes and sanctions on Iranian medical products, equipment, food and other things essential to people’s lives. Then, U.S.-Iran relations may really be able to take advantage of the outbreak to create a turning point, pulling bilateral relations back from the brink of war.

The surface goal would be to shape the United States as a humanitarian country; the lining would be to improve relations with Iran, to earn diplomatic points for Trump’s re-election.

U.S.-IranCOVID-19
printTweet
You might also like
Back to Top
CHINA US Focus 2022 China-United States Exchange Foundation. All rights reserved.