Interpreting the World’s “Greatest Changes in a Century” 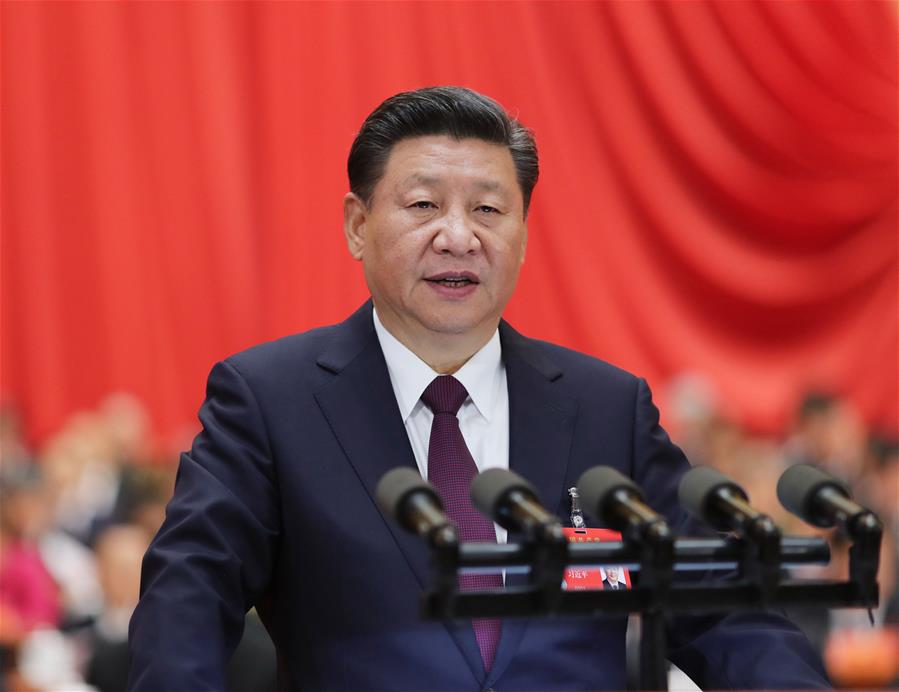 At the Central Conference on Work Relating to Foreign Affairs in June, Chinese President Xi Jinping pointed out that the world is currently undergoing the greatest changes in a century and that China is enjoying its best period of development in modern times. He also explained that these two facts are interconnected and mutually reinforcing. President Xi talked at length about these great changes, centered very much on the word “change,” with the focus on the reshaping of the world order and improvements to global governance mechanisms.

As I understand, the following are the main points from his speech.

1. There has been a fundamental change in the transfer of global power. For the first time in the modern era, global power has began to shift to the non-Western world. A large group of emerging economies and developing countries have risen together, causing the world’s economic focus to move to the Asia-Pacific region and resulting in the East rising while the West declines. The status quo of international power being transferred between a small number of Western countries is coming to an end, and the West’s century-long dominance of international politics is fundamentally changing.

2. The international order is being shaken up. The Trump administration’s “America First” approach has seen it pursue unilateralism and protectionism, profoundly changing its relationships with allies. Cracks have appeared between the U.S. and its allies on major international issues, occasionally placing them in direct confrontation. The U.S., therefore, finds itself more isolated, and with worse relations with its allies, than at any other time since World War II. National self-interest is replacing ideology as the core factor affecting relations between Western allies, and the U.S.’ allies are seeking strategic autonomy.

The shift in global power has created a deep sense of crisis in the U.S. The Trump administration has identified China and Russia as “major strategic competitors” and is focusing on ways to contain them, which has intensified the strategic games in U.S.-Russia and U.S.-China relations. The US is desperately attempting to win over and divide emerging economies in an attempt to thwart Chinese and Russian influence and make the U.S. the world’s sole hegemon.

In addition to increasing its military spending and striving to maintain military superiority, the U.S. is continuing to pursue strategic disengagement, with only prudent troop deployments overseas; greater attention is being given to domestic issues, with a clear tendency for diplomacy to be used as a political tool in the game between the main parties; and more economic tools, such as sanctions and economic pressure, are being employed in international relations. In the past, the U.S. has been accused of being militaristic and warmongering, but today it is waging wars of a different kind as it misuses economic sanctions and arbitrarily engages in trade wars. These “wars” are not only using up the U.S.’ energy; they also threaten to shake the foundations of the country. Structural changes to the world order are in the offing.

3. There is the risk that the world order may collapse. The Trump administration has attempted to replace the existing international political and economic order with unequal bilateral relations. The U.S. has withdrawn from international organizations and agreements such as the Trans-Pacific Partnership Agreement, the Paris Agreement, UNESCO, and the Joint Comprehensive Plan of Action (Iran nuclear deal), which is having serious consequences for international rules and relations. On the issue of trade, the Trump administration has ignored the World Trade Organization’s (WTO) rules by levying import tariffs on steel and aluminum products on the grounds of “national security”; promoted trade hegemonism to provoke trade disputes; and blocked the appointment of judges to the WTO’s Appellate Body, thereby throwing the mechanism for governing global trade into crisis. The U.S. is also ignoring existing international rules and expanding its own interests at the expense of other countries and the world as a whole as it becomes a self-interested profit seeker. The risk of the world descending into disorder is increasing.

China and other emerging economies, meanwhile, are not attempting to overthrow the old order, but are adopting a peaceful and gradual approach to improving it as well as global governance mechanisms via complementary, modifying and transformative measures. This is the first time in history that a transformation from an old to a new order and improvement of a governance model has occurred peacefully. Given the high levels of dependence between countries, it is understandable that this process has encountered significant resistance and difficulties, and it is likely to involve major adjustments over the next century.

5. Competition will play an unprecedented role in the great changes. The fourth industrial revolution is dawning. The development of AI, robotics, virtual reality and quantum technology is profoundly transforming industrial production and people’s lives, and it is having a major impact on the changing situation. The rise of the role of non-state actors is also a new and important variable that is reshaping these changes. Competition over these factors of change involves all aspects of national life, and its breadth and depth are profound.

Change presents both opportunities and challenges. We must seize opportunities and respond to challenges, encourage change to develop in a direction favorable to the world peace and development, and to provide a positive external environment for the realization of China’s two centenary goals. This is our interpretation of the world’s greatest changes in a century.

Xi JinpingNew Era
printTweet
You might also like
Back to Top
CHINA US Focus 2023 China-United States Exchange Foundation. All rights reserved.