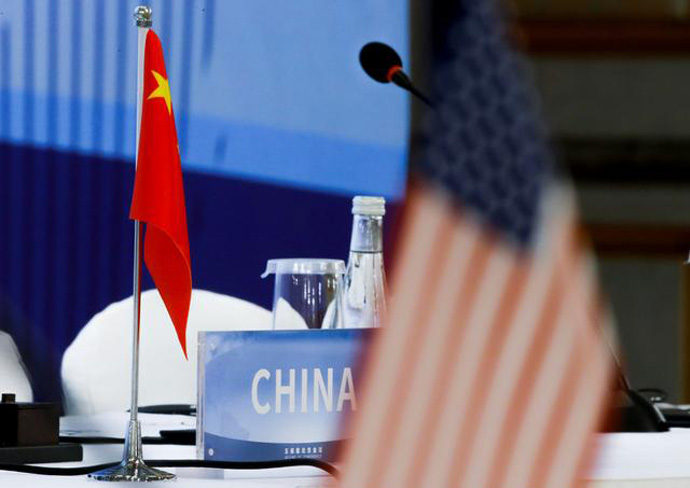 On the evening of July 28, Beijing time, President Xi Jinping and President Joe Biden spoke on the telephone at the request of the latter. It was the fifth call between the two presidents since Biden took office and lasted more than two hours. According to a news release issued by the Chinese side, the two heads of state had a “candid communication and exchange on China-U.S. relations and issues of interest.” The White House’s readout said the call was intended to “maintain and deepen lines of communication between the United States and China and responsibly manage our differences and work together where our interests align.”

It should be noted that the protracted strains in China-U.S. relations — recent heightened tensions, in particular — make interactions at the strategic level between the two heads of state all the more urgent.

First, the Russia-Ukraine conflict has compounded the severity of global economic, political and security strains. President Xi emphasized that the trends of turbulence and transformation continue to evolve, and deficits in development and security are looming.

Second, the U.S. is increasing, rather than decreasing, its all-around pressure on China. The Biden administration is attempting to leverage the Russia-Ukraine conflict and other factors to build an international camp against China. It's a vain attempt to cobble together an anti-China front across regions and levels.

Third, U.S. politicians are recklessly manipulating the Taiwan question, which will seriously imperil the political foundation of China-U.S. relations and even raise the real risk of military conflict.

The misguided U.S. policy toward China stems from its misperception. The U.S. strategic community is dominated by a competitive mindset in relations, and in many cases has taken competition a notch up and succumbed to confrontation. The U.S. misinterpretation of China’s policy intentions and long-term prospects has led to threat inflation — the exaggeration of the so-called China threat. Political parties race to spin the China threat, even globally. Hence, Xi stressed in his call with Biden, to approach and define China-U.S. relations in terms of strategic competition and take China as the primary U.S. rival and most serious long-term challenge misreads China’s development and will mislead the two peoples and the international community.

Undoubtedly, the skepticism and even hostility the United States harbors toward China is driven by its own predicament. In other words, against the backdrop of mounting polarization, intense partisan bickering and stalled economic and social reforms, the U.S. needs to portray China as a strategic competitor in an attempt to deflect external conflicts and gloss over domestic rifts.

Eighteen months into office, Biden’s domestic approval rating stands at a low 39 percent. The combination of internal and external challenges, including soaring inflation, a resurgent pandemic, the Russia-Ukraine conflict and especially the looming risk of economic recession, pose pronounced challenges to the U.S. administration and directly impact the Democratic Party’s electoral prospects in the upcoming midterm elections this year. History and reality both indicate that single-minded suppression of China is not the answer to America’s troubles.

The Biden administration’s nilly-willy approach to the trade war against China may further aggravate the embattled U.S. economy. As President Xi said, attempts to decouple or sever supply chains in defiance of underlying laws will not help boost the U.S. economy but only make the world economy even more vulnerable.

During the call, China's sense of responsibility as a great power was clear. Xi stressed that in the face of the increasingly grim global economic situation, the two countries should maintain communication to coordinate macroeconomic policy, uphold the stability of global industrial and supply chains, safeguard global energy and food security and other major issues. The pandemic must be defeated as soon as possible to keep at bay the risks of stagnation and recession.

The Taiwan question was a key topic during the call. In recent years, in the context of increased U.S. strategic competition with China, the Taiwan question has become front and center in relations between the two countries. The U.S. side is wantonly engaged in a strategy to use Taiwan as a lever to counterbalance China. It plays up groundless rhetoric alleging tensions across the Taiwan Straits while increasing military operations in the area. These send the wrong signals to Taiwan separatists and risk imperiling China-U.S. relations.

Faced with a series of negative and dangerous moves by the U.S. on the Taiwan question, Xi stressed in the call with Biden that the historical ins and outs of Taiwan are crystal clear — and so is the status quo: the fact that both sides of the Taiwan Straits are part of one China. The three joint communiques are political commitments made by the two sides, and the “one-China” principle is the political foundation of China-U.S. relations, the readout said. We are firmly opposed to Taiwan independence and to interference by external forces. We will never allow separation in any form. The position of the Chinese government and people on the Taiwan question is consistent, and resolutely safeguarding China’s national sovereignty and territorial integrity is the firm will of 1.4 billion Chinese people.

China sent a stern warning to Americans, according to its news release. “Those who play with fire will perish by it,” it said, noting that “public opinion cannot be defied.”

In response to U.S. House Speaker Nancy Pelosi’s idea to visit Taiwan, a Chinese Ministry of Foreign Affairs spokesman said earlier that if the U.S. persists in challenging China’s bottom line, it will face resolute countermeasures, and all the consequences will be borne by the U.S. A spokesman for the Ministry of National Defense warned that the Chinese military will not sit idly by but will take strong measures to thwart any attempt by external forces to interfere and promote Taiwan independence.

During the phone conversation with Xi, Biden reiterated that America’s “one-China” policy has not changed and will not change. The U.S. does not support Taiwan’s independence, he said.

In a nutshell, this telephone call between the two heads of state carried great significance for managing China-U.S. relations at the strategic level. At the same time, it should be noted that because of heightened domestic political strife and other factors in the U.S., there will likely be no letup in attempts at various levels to amplify the “China threat” rhetoric or to otherwise suppress or provoke China. In the foreseeable future, the competition between China and the United States will remain intense and complex.