Messages Out of Africa

The Extraordinary China-Africa Summit on Solidarity against COVID-19 was held via video link on the evening of June 17 Beijing time. The conference was initiated by South Africa (the rotating chair of the African Union) and Senegal (the next host country of the Forum on China-Africa Cooperation).

At a critical time in the fight against the COVID-19 pandemic in Africa, the summit was attended by Chinese and more than a dozen African leaders, including the chairman of the African Union Commission. UN Secretary-General Antonio Gutterres and World Health Organization Director-General Tedros Adhanom Ghebreyesus were also present at the summit as special guests from multilateral international organizations.

Since the outbreak of the COVID-19 virus, international solidarity has not grown as fast as the spread of the pandemic. The United States now has the largest number of infections and deaths. It is the strongest country in medical care and science, yet it has failed to take up the responsibility to lead and unite the world. Instead, it has been scapegoating, passing the buck and even withholding funds from and marginalizing the WHO, hindering progress in global solidarity against COVID-19. Against this backdrop, it is hoped that the summit will not only strengthen China-Africa solidarity but also use that solidarity to advance the global pandemic response.

Another important message from the summit involved the good results of China-Africa solidarity against the pandemic. Africa had been considered the most susceptible continent because of its generally weak health systems and severely understaffed health workforce. Thankfully, with the strong leadership and coordination of the African Union, the African Center for Disease Control and Prevention and national governments, Africa has managed to avoid an explosive growth of cases. By now around 250,000 confirmed cases and 7,000 deaths have been recorded in Africa, which is a miracle compared with the staggering figures of 8.5 million confirmed cases and more than 450,000 deaths worldwide.

In the fight against the pandemic, China and Africa have worked hand in hand to overcome difficulties. When China fell victim to the novel coronavirus, Africa supported China’s fight and did its best to convey messages of love and confidence to the Chinese people. Even some of the least-developed countries donated generously. Tor example, Equatorial Guinea gave $2 million and Djibouti gave $1 million to the Chinese government to aid the response. 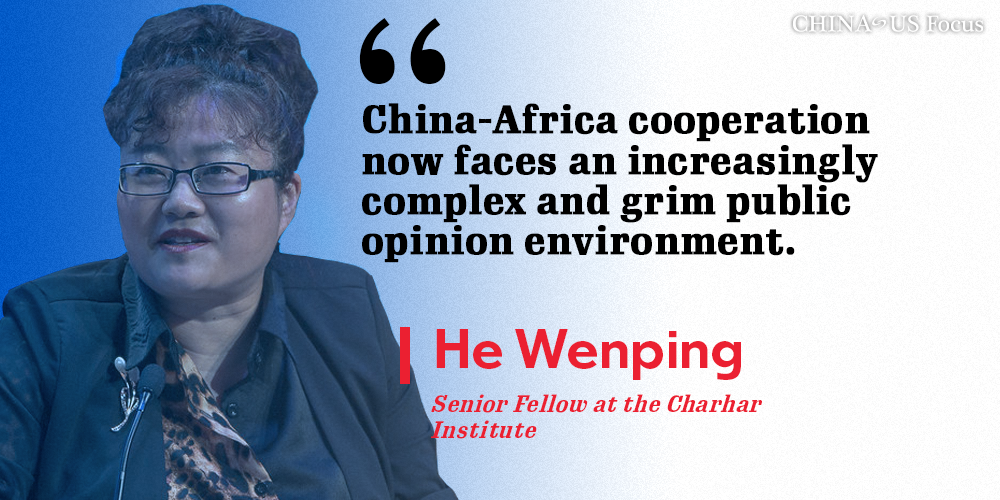 The 36th African Union’s Ministerial Conference at the beginning of the year issued a special communique, declaring African solidarity with the Chinese government and people and calling on all countries to join hands with China against the pandemic. When the coronavirus hit Africa, China rushed to the continent’s aid by providing medical supplies, dispatching medical experts, helping to train health workers and sharing its prevention and control expertise. To date, China has delivered large quantities of medical supplies to more than 50 African countries and the African Union and dispatched 148 medical experts to 11 African countries. China will also help create 30 twin partnerships between Chinese and African hospitals, speed up the construction of the African CDC headquarters and help Africa to enhance its capacity in disease prevention and control.

It is no secret that the outbreak of COVID-19 has also brought new tests and challenges to China-Africa cooperation. First, the speed of economic and trade cooperation has been forced to slow and faces more difficulties. As the pandemic impacts air and sea transportation and logistics chains, the world economy has suffered a severe recession, with global industrial, value and supply chains and international economic and trade exchanges all suffering severe damage. China-Africa economic and trade cooperation has been no exception. According to the General Administration of Customs, trade between China and Africa fell by 14 percent or $41 billion in the first quarter of this year. The pandemic has also slowed a number of infrastructure projects under construction within the Belt and Road Initiative framework.

China-Africa cooperation now faces an increasingly complex and grim public opinion environment. On one hand, the Chinese stigma invented by some Western politicians and media — including terms such as “the Wuhan Virus,” accusations of concealment and demands for apologies and compensation from China — have been quite deceptive and misleading for local media and public opinion in Africa. On the other hand, some Western media in Africa, including social media, have used issues related to African citizens caught in the pandemic in Guangzhou for racist attacks on Africans in the country. Such incidents have deceived the African people, negatively impacted China-Africa solidarity and have led directly to the deterioration of the living and security environment of Chinese citizens investing and running business in Africa.

In this connection, the summit has indeed taken place at an opportune time for Chinese and African leaders to rise to the challenges and lay a new foundation for future cooperation.

COVID-19China-Africa Relations
printTweet
You might also like
Back to Top
CHINA US Focus 2023 China-United States Exchange Foundation. All rights reserved.