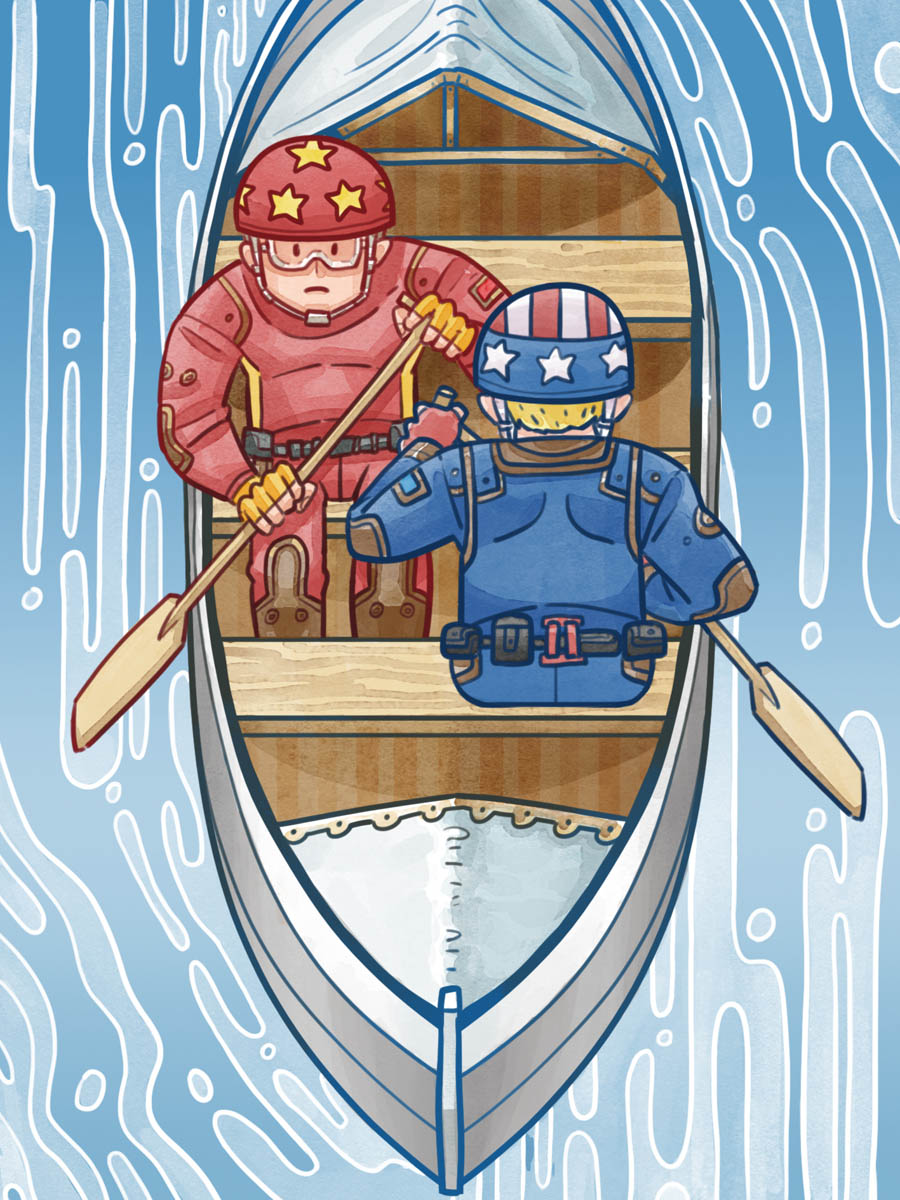 Despite frequent spats, the China-U.S. relationship was relatively tranquil in 2021, compared with the drastic downward spirals of 2018-20.

• Presidents Xi Jinping and Joe Biden spoke by telephone on Feb. 11, the eve of the Lunar New Year. In their dialogue, the two leaders agreed to maintain close communication on China-U.S. relations and issues of mutual interest. This yielded results.

• On March 18 and 19, Yang Jiechi and Wang Yi, China’s top officials in charge of foreign affairs, engaged in a strategic dialogue in Alaska with their U.S. counterparts, Secretary of State Antony Blinken and National Security Adviser Jake Sullivan.

• Yang Jiechi and Jake Sullivan took a long trip to see each other in Zurich, Switzerland on Oct. 6, followed by a meeting between Wang Yi and Antony Blinken in Rome on Oct. 31.

• A virtual meeting between Xi and Biden lasted three and a half hours on Nov. 16.

These high-level political interactions were supplemented by agreements in two crucial areas that bind the two countries together. Chinese Vice-Premier Liu He and U.S. Trade Representative Katherine Tai held a videoconference on Oct. 9. They appeared to be ready to drop some of the existing trade barriers.

On Nov. 10, China and the U.S. issued the Joint Glasgow Declaration on Enhancing Climate Action in the 2020s on the sidelines of the UN Climate Change Conference in Glasgow, Scotland. To many who are worried about rising global carbon emissions amid China-U.S. political discord, the declaration announced by the two largest carbon emitting countries presented a delightful surprise.

Some other encouraging news included the July arrival in Washington of Qin Gang, China’s new ambassador to the United States and the U.S. Senate’s approval in December of Nicholas Burns, President Biden’s nominee to be the new U.S. ambassador to China. Both of them are seasoned diplomats and said to be trusted by the top leaders of their countries.

The latest Xi-Biden summit served to anchor the vessel of China-U.S. ties. The theme threading through their discussion was the need to “prevent China-U.S. relations from derailing,” in Xi’s words, or to avoid competition “veering into conflict, whether intended or unintended,” as Biden put it. Both leaders denied the prospect of a new cold war in steering their relationship.

To assure peace, it is essential for the People’s Republic of China and the United States to handle the Taiwan issue judiciously. Beijing recently reiterated its long-held goal of peaceful reunification and “one country, two systems.” The PRC’s twofold fear, however, is growing alarmingly. First, Washington’s “salami tactic” is unfolding in the upgraded ties with Taipei in political, military, economic and other dimensions. Second, pro-secession forces in Taiwan have consolidated their power base, pushing opposition parties into a corner.

To many observers in the PRC, time does not seem to be working for peaceful reunification and forceful means should therefore be applied, including a military takeover of the island, to solve the problem once and for all. They further contend that China cannot declare the achievement of national rejuvenation without its territories being fully recovered. These sentiments manifested themselves rapidly in the past year.

While Washington has not failed to notice the Chinese mood, it has refused to talk to Beijing regarding the status and fate of Taiwan, insisting instead that it upholds the one-China policy (without recognizing Taiwan as part of China). It only occasionally notes that the United States “does not support Taiwan independence,” which is far from reassuring to Beijing. A more constructive approach would be a statement that the U.S. would welcome any peaceful resolution across the Taiwan Strait about the island’s future, thus not excluding the possibility of reunification.

The PRC and the U.S. should engage each other in quiet discussions leading to a reduction of mutual mistrust, rather than saber-rattling and military exercises over the Taiwan issue. As Terry Su, a Hong Kong-based strategic thinker, suspects, “It is not inconceivable for some in Washington that Beijing could be baited into attacking Taiwan, giving America a chance to mold its rivalry with China back into all-out sanctions and decoupling — as was the case with the Soviet Union.”

Twenty years ago, I wrote that the state of China-U.S. relations would be best described not as a new cold war but as a hot peace — an intensity of interaction marked, yes, by heated rhetorical accusations against each other, but also by increasing trade, investment and tourism. It is time to recall this concept when peace is generally assured except for the potential hot spot of Taiwan.

But the danger of confrontation looms larger. Compared with the temperature of China-U.S. relations in 2001, the hot peace I referred to at the time has now become much hotter in most dimensions. The mutual rhetorical accusations are increasingly sensationalized and cover a wider range of issues, such as cybersecurity, military activities in the South China Sea, arms control, human rights, the treatment of national minorities, the origin of the COVID-19 pandemic and which political system is more democratic, among others.

In the economic dimension, China jumped from America’s fourth-biggest trade partner in 2001 to its biggest in recent years. Unfortunately, however, the once-promising tourism and humanitarian exchanges were hit hard first by the Trump administration’s frenzied trade war and then by the pandemic.

I maintain the expectation that the hot peace of China-U.S. ties may likely be shaped as a paradigm in 2022 and afterward, following the relative tranquility of 2021. It can persist in a variety of ways:

First, negative perceptions in each country toward the other are soaring, in national media and social media alike, as indicated by recent public opinion polls. In particular, Chinese citizens are angered by the Xinjiang “genocide” allegations they see as a Western demonization of China. The U.S.-led diplomatic boycott of the 2022 Beijing Winter Olympics is further evidence of American hostility.

Biden’s virtual Summit for Democracy in December was obviously aimed at taking the initiative to bolster “democracy” around the world at the expense of China’s expanding political influence. China appeared to be well-prepared to meet such political and ideological struggles. The Communist Party of China has boosted its global presence, partly in response to Western powers’ joint efforts to isolate the country. For example, the CPC hosted the World Political Parties Summit in July via video link. It was attended by 10,000-plus delegates representing more than 500 political parties and organizations in more than 160 countries. A few days after Washington’s Summit for Democracy, the CPC’s International Department organized several events to promote China’s “whole process people’s democracy” and reveal the faults and pitfalls of Western democratization. The ongoing propaganda war between the two countries will probably intensify rather than subside in the near future.

Second, economic issues are being politicized and securitized (in the sense of undergoing national security scrutiny). Both the Trump and Biden administrations took steps to restrict inbound Chinese investment and curb high-technology exports to China. Alarmed by the mounting technological competition from China, the Biden administration and many members of the U.S. Congress have called for more government intervention to bolster strategic sectors such as semiconductors, drones and artificial intelligence.

The United States has also imposed extensive human rights-related sanctions on hundreds of Chinese individuals and entities. In response, the PRC has introduced laws and regulations related to national security and sanctioned a number of U.S. officials and organizations that infringe on China’s sovereign rights. But the most serious long-term struggle is being waged in the high-tech field, where Americans want to keep their edge and forestall any Chinese attempt to surpass them.

Third, both China and the United States are soliciting international support from traditional allies and like-minded players in a sustained geostrategic competition. The AUKUS (Australia, UK, U.S.) pact and the Quad (U.S., Australia, Japan and India) mechanism have paved the way to deepen defense cooperation in line with Washington’s Indo-Pacific strategy. China claims that its partnership with Russia is “not an alliance but stronger than an alliance,” as military cooperation is enhanced. China’s new footprint in South Asia, the Middle East, Africa and Latin America, together with its Belt and Road Initiative across the board, have generated a great deal of jealousy and reaction from Americans.

Last but not least, the domestic agendas of the United States and China in 2022 may or may not work to lessen the strain. As pointed out by Robert Zoellick, former U.S. deputy secretary of state, “Biden’s domestic foes will attack any move away from confrontation with China, but he will have to choose between indulging their fears or achieving results” before the 2022 midterm election. In preparing for the 20th CPC National Congress set for next autumn, Beijing is expected to show stronger resolve to resist any U.S. challenge to its legitimacy and authority.

Therefore, the next stage of the China-U.S. relationship is not going to be easy sailing. Yet there are enough incentives on both sides to remain sober-minded and keep the relationship manageable, since both are faced with imperatives at home.

In China, to smooth the political transition related to the 20th Party Congress, the top priority is arresting an economic slowdown while controlling variants of COVID. The task of pursuing common prosperity — affluence shared by everyone — is also mounting. For the U.S., beyond halting the spread of omicron, the priority list on the domestic front includes financial stability, inflation, national and local debt and infrastructure building in the short run, as well as racial tensions and political polarization in the long run.

In reality, a gradual recovery of China-U.S. economic cooperation will help to manage their respective imperatives. Despite escalating political difficulties, Chinese and American businesses remain deeply integrated in terms of financial, intellectual and production networks. The vast majority of Chinese and American companies are not embracing the idea of decoupling.

In the meantime, China continues to attract record-setting foreign investment because of its high-quality infrastructure, skilled labor and the promise of its vast domestic market. If the global supply chains that link their businesses and those of other countries are not severely damaged, the two economies will continue to benefit from each other.

Neither a new cold war nor a hot peace serves the best interest of China, the United States or anyone else. Rather, cooling down the blame game and geopolitical competition — while warming up cooperation in such areas as commercial ties, finance, investment, public health, the environment, technology and humanitarian exchanges — will provide more hope for sustained peace and prosperity of these two great nations and the world.

The high-level China-U.S. dialogues in 2021 spelled out their respective positions and kept bilateral channels open. It is now imperative that Beijing and Washington engage in substantive working-level talks to solve practical problems.