The Shield of Multilateralism 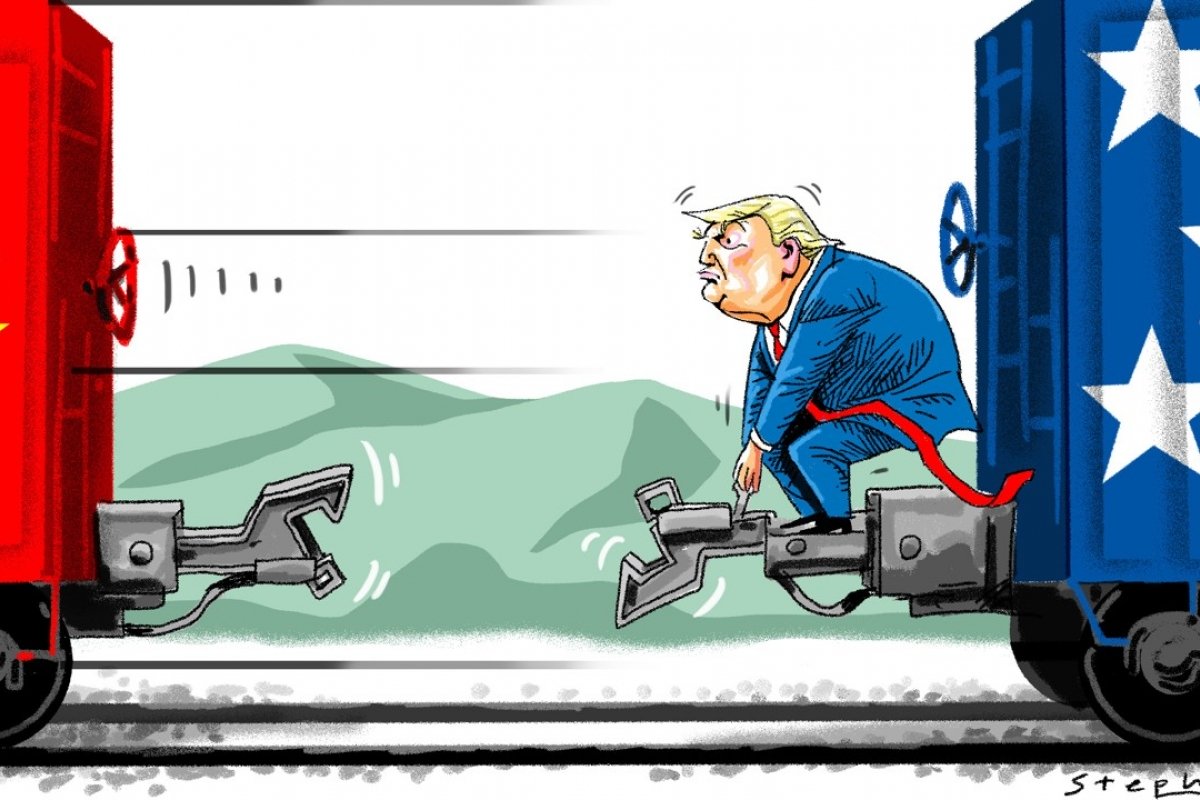 The closing of the Chinese consulate in Houston, Texas, by the United States on July 22 and Secretary of State Mike Pompeo’s speech blasting China on July 23 at the Nixon Library have blown a chilly wind into the U.S.-China relationship.

In his speech, Pompeo announced that the engagement policy toward China that has been the norm since formal relations were established in 1979 had failed to induce any positive change in China but had instead helped the Communist Party of China to consolidate its power. As a result, a rising “communist China” has become a fundamental threat to the USA, he said, calling upon the Chinese people to change their government and pledging that the U.S. will roll back China’s expansion through a resolute policy of “distrust and verify.”

Pompeo’s speech, some pundits argue, marked a dropping of a new iron curtain and signaled the beginning a new cold war between the world’s two biggest powers.

All this has intensified an ongoing debate in Beijing about how to respond to the increasing pressure from the U.S. hegemon. Nationalist hardliners advocate a resolute counterattack in which not only would China’s interests be defended but a rally-around-flag solidarity could also be achieved. A more pragmatic and rational argument is that the hostility expressed in Pompeo’s speech and President Trump’s tweets are all a campaign gimmick to save Trump’s reelection campaign, which seems to be fizzling because of a massive economic slowdown and his inept management of the corona-virus pandemic.

Thus, China need not to go tit-for-tat against Trump the campaigner, but just turn a deaf ear to the administration’s anti-China rhetoric while preparing for potentially much more serious scenarios related to Taiwan or the South China Sea.  Unsurprisingly, it seems the Chinese leadership has taken a middle road. While China retaliated by closing the U.S. consulate in Chengdu on July 24, Beijing did not really act on Pompeo’s high-profile speech except by issuing a rebuttal from the Ministry of Foreign Affairs, which is more symbolic than substantial.  As Foreign Minister Wang Yi put it, Beijing will not dance to the music of Washington, and it will not allow the U.S. to mess things up.

Beneath this restrained ad hoc approach is a more profound dilemma the Chinese leadership is facing in dealing with an increasingly hostile U.S. Obviously, Beijing is trying not to be led into a cold war, not necessarily because facing up to a stronger America is a formidable challenge but because a cold war lead to China’s decoupling not just from the U.S. but eventually from the established world.

After all, the former Soviet Union and the U.S. were fighting the Cold War from two different worlds that were ideologically at loggerheads and economically isolated from one another. But the U.S. and China are competing in the same world, and both are an integral part of it.  That’s why decoupling has become necessary for the U.S. to contain — borrowing the Cold War term — “communist China.” But decoupling is easier said than done. It would make for chaotic policymaking and is hardly feasible in practice, with the two countries remaining interdependent while dealing independently with the same world.

Indeed, unlike previous rising powers that challenged the existing international order established by an incumbent power, China’s rise has been achieved essentially by integrating into the existing international order established by the U.S. and its allies after World War II.  Thus, reform and openness — so that China can be acceptable as well as accessible by the established world — have become necessary conditions for China’s rise since the late 1970s.

In this sense, China’s rise must be peaceful because a peaceful world secured by the existing international order is and indispensable if China is to sustain its development.  As a matter of fact, from Deng Xiaoping to Xi Jinping, Chinese leaders have repeatedly acknowledged that China has benefitted tremendously from the existing international order and, therefore, has pledged to help maintain it.

However, the essential source of problems between China and others is that China’s political system is incompatible with the mainstream of the existing international order.  As China has become the second-largest power and the largest trading nation, this incompatibility has become increasingly unbearable for both sides. For China, there are but two choices if it wants to continue as an integral part of the international order: either deepen reform so as to eventually overcome the incompatibility, in a manner of evolution rather than revolution; or try to revise the order, as China has become more and more powerful and influential, so that the established world can adapt itself to the incompatibility.

Obviously, from Beijing’s perspective, it is easier to try the second route first. One example is that China is going all out to promote the Belt and Road Initiative and “create a community with a shared future for mankind.”

It is at this juncture that the U.S.-China rivalry has emerged. For now, China has wisely insisted on a multilateral approach in global affairs — to keep the international order stable on one hand, while promoting global governance based on multilateral arrangements on the other — and this from its own perspective if not altogether on its own terms. The essential aim is to maintain world peace and development, which are indispensable to China’s rise and, more important, to fend off the U.S. onslaught.

After all, as mighty as it is, the United States can hardly prevail in a rivalry against China without the support of its allies, who, ironically, have too much stake in the existing international order to abandon it despite its growing fragmentation and ineffectiveness. It is in this regard that the Trump administration’s arbitrary unilateralism under the banner of “America first” is not entirely unwelcome from Beijing’s perspective.