The Trouble of Brexit and the Pitfall of a Second Referendum 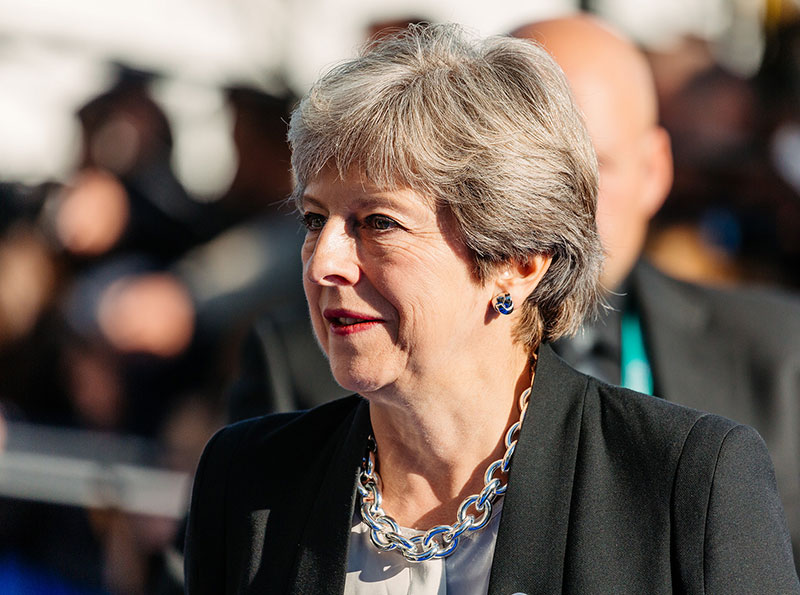 Following the decisive defeat of the Brexit plan in the British Parliament, the process faces significant uncertainties. Brexit originated from the UK's aspiration for a greater role in EU leadership, and Brexit was originally an instrument for political leaders in negotiations with the EU. Once the Brexit referendum was launched, however, it defied the political elites' calculations and became a nationwide fiasco. The double-edged-sword effect of the referendum was on full display. As the ultimate form of direct democracy, referendum is the representation of people’s autonomy as well as the authority of power, which can’t be reversed by any politician or constitutional institution. Till now, the entire UK is still subject to the high uncertainty brought by the Brexit referendum.

I admire Prime Minister Theresa May a lot, because, having inherited the referendum outcome, she demonstrated a strong sense of responsibility and decisiveness, trying hard to seek a balance between the people’s will to withdraw from the EU and British national interests, and finally reached a relatively desirable Brexit agreement with the EU after multiple rounds of negotiations. However, such a “rational” final agreement was refused by a great margin in Parliament.

Forces that opposed May’s Brexit plan aren’t a monolithic block, they include the following basic elements: first, the “remain” camp and their representatives, who have been consistently against Brexit, who won’t endorse any agreement targeted at Brexit; second, the hardcore Brexit proponents, who are dissatisfied with May’s compromises in her agreement with the EU, believing it would render Brexit incomplete; third, regional forces in Northern Ireland, who have major doubts about guarantee for post-Brexit local interests and civic rights, and wish for a position like “one country, two systems”, which is unacceptable to the UK government.

After the defeat, May has to come up with a revised plan, which is unlikely to include significant changes. According to EU decision-making procedure, a new plan must be endorsed by all members, which looks impossible anyway. Since May 29 is the deadline, the UK will very likely withdraw without an agreement. The EU has shown increasing impatience in corresponding negotiations, the disapproval obviously will be seen by the EU as political irresponsibility and venality. The likelihood of re-negotiation is extremely low. But is it possible to maneuver a reversal through a second referendum?

Almost immediately after the referendum outcome was published, the majority of Britons have regretted it: on one hand, the majority of elites are against Brexit, so they hope the government and Parliament could give serious thought to the political and legal possibilities of a “second referendum;” on the other hand, those who voted against Brexit in the referendum and those who didn’t vote but support staying with the EU find it impossible to accept the outcome, also hope to turn things around via a second referendum. The EU is largely in favor of a second referendum, which will avoid a lot of troubles, and “educate” other member countries inclined to “leave” so that they would not follow suit.

The Brexit impasse offers multiple points for introspection. The rational essence of referendum democracy invites doubts; in the absence of rational discourse and guidance, direct voting can’t present a reasonable choice in the community’s best interest. The abusive use of referendum is a sign of the “Continentalization” of British political culture, the French-style radical forms of democracy have infiltrated into British constitutional order. The UK is gradually turning from a global empire/nation into an ordinary nation-state. The most desirable international systems the UK re-constructed in the post-colonial era, such as the British Commonwealth regime, the special relationship with the US, and the EU, are falling apart one after another, making it unable to participate in and contribute to the contemporary global governance regime. Internally the UK faces separatist tendencies, such as the Northern Ireland and Scotland issues, against the Brexit background, its unwritten constitution system and murky prospect of national development will worsen such risks.

British national development will face dual challenges in the future. Domestic political unity and rebuilding of ethics in elite politics call for the formulation of anti-cessation constitutional mechanisms as well as cultivation of a generation of responsible elite politicians. It should rebuild a kind of globalized connection with the EU and the global system, and redefine and reformulate a proper position and role for the UK in the globalized order of the 21st century. After all, the UK is the first globalized nation in its fullest sense, which is why I believe Brexit may inspire structural reform of British political philosophy and the political system.

Brexit
printTweet
You might also like
Back to Top
CHINA US Focus 2022 China-United States Exchange Foundation. All rights reserved.