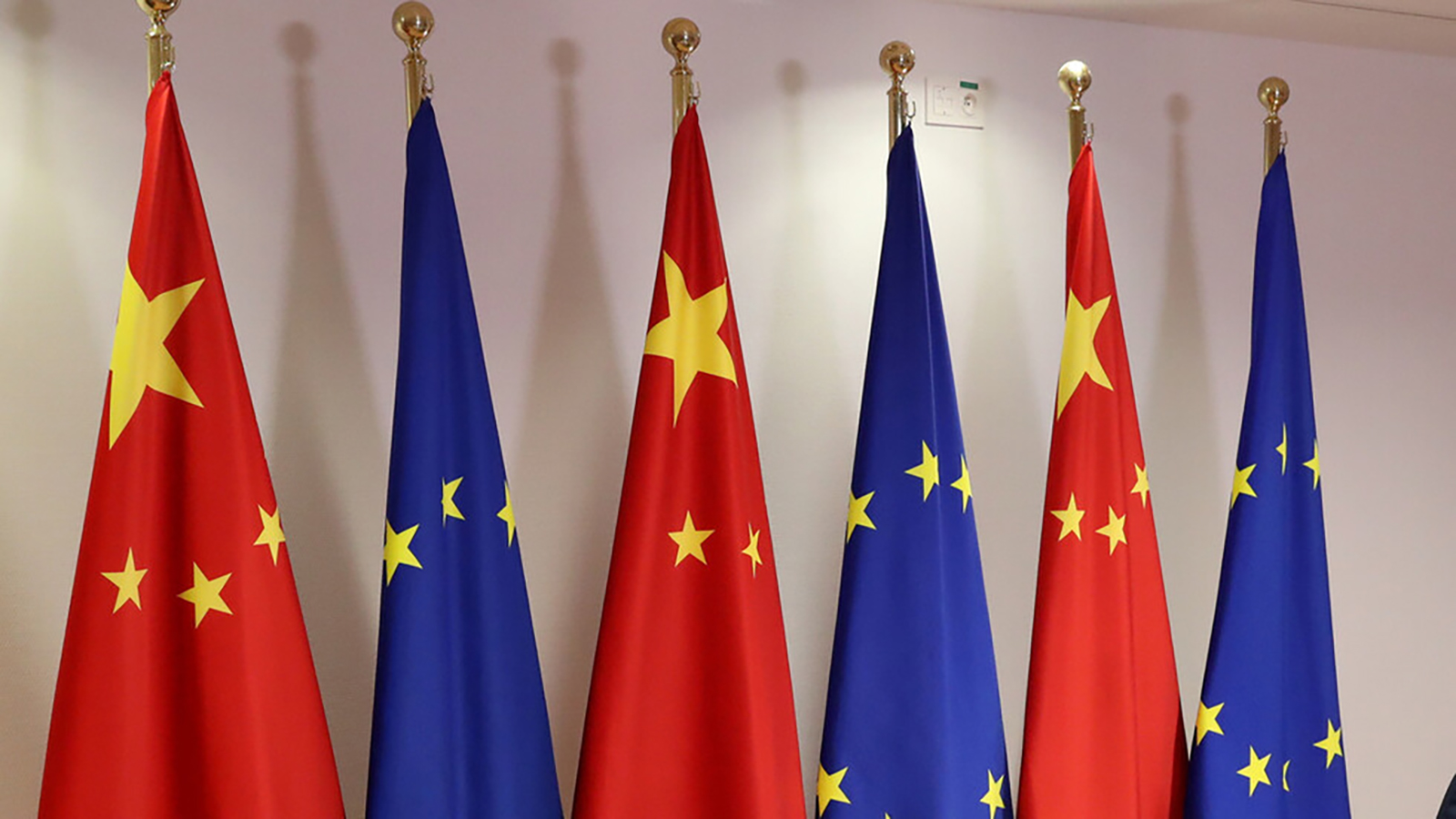 The China-EU summit will be held on April 1. As the highest-level dialogue mechanism between China and European Union institutions, the summit has been instrumental for setting the tone of China-Europe relations and bringing about cooperation vistas. This year’s summit will be more important than ever, as it is held at a critical juncture and a lot of things are at stake.

The summit is first and foremost an effort from both sides to reset and relaunch China-EU relations after unusual setbacks last year. The exchange of sanctions and counter-sanctions between the two sides in early 2021 not only froze the Comprehensive Agreement on Investment but also created lingering sense of uncomfortableness and uneasiness for the bilateral relations.

For the EU, the need to re-engage with China is obvious. It is true the EU has been moving to adjust its China strategy in recent years. Naming China a systemic rival, economic partner and cooperating partner in its 2019 document and strengthening trade and investment toolkits to “better prepare itself against China” are all part of these efforts.

However, there is also a realization among the cool-headed in Europe that a balance between the three dimensions needs to be maintained; otherwise, the rivalry and competition dimension would dominate China-EU relations, thus squeezing the room for cooperation and poisoning the atmosphere for dialogue.

In addition, EU institutions also want to correct an “unsustainable model” that the EU has perceived in European approach to China. That is, the EU is now increasingly hawkish toward China, while member states continue to deepen their economic links. As shown by a recent survey conducted by a European think-tank, most European citizens now believe the EU is in some kind of cold war with China in which their own country plays no part.

For China, efforts to get China-Europe relations back on a right course is sincere and consistent. Although COVID-19 restrictions caused enormous difficulties for normal people-to-people exchanges, the Chinese side has engaged at many levels to communicate with Europe. This summit will be another effort to put China and Europe on a more stable and positive footing. Against a background in which the United States, led by President Joe Biden, is doubling down on the previous China containment policy, China acknowledges the increasing importance of Europe. However, China also has clear expectations for Europe. It expects a truly autonomous EU that independently defines its own interests, as well as a unified EU, which governs without being hijacked by misguided member state policies.

The ongoing tragedy in Ukraine adds more urgency for the summit. In what is described as a watershed moment, Europe has shown unity in condemning and imposing unprecedented harsh sanctions on Russia. Germany dramatically changed its postwar defense posture, and many European countries, along with the EU, have promised to give military aid to Ukraine.

The EU’s new strategic compass has also been adjusted to raise the level of the Russia threat. It is fair to say that the Ukraine conflict has become the dominant theme for Europe and will be an important topic at the China-EU summit, in which the two sides will strive to manage their differences. After the conflict broke out, Europe quickly implicated China in their responses and asked it to follow their own approach against Russia. Some China hawks in Europe speculate on the nature of China’s partnership with Russia and threaten to punish China for disobedience.

In a more alarming signal, Europe is copying the U.S. rulebook by claiming that China is considering providing military assistance to Russia — a tactic used by the Americans before President Xi Jinping’s videoconference with Biden on March 18 in which China flatly rejected the claim as disinformation.

China needs to use this summit to state its position on the Ukraine conflict, as it has repeatedly and consistently done on other occasions. China understands Europe’s shock and vulnerability at this particular moment but also needs a willing ear from Europe.

First, China has stake in the peace and stability of the continent, as conflicts will greatly threaten global supply chains and economic recovery at difficult time. Thus it has already given humanitarian aid to Ukraine and supports of any peace talks to end the conflict.

Second, with the long-term security and stability of the continent in mind, China does not endorse the use of punishing sanctions or military aid as tools to restore peace. Rather, this risk prolonging the conflict and creating long-lasting animosity. China believes the long-term solution lies in a dialogue on all sides — including Russia with NATO/U.S. — to unlock the security dilemma and put in place a “balanced, effective and sustainable European security mechanism.”

Third, China is not alone in this approach. In fact, a great many of countries around the world reject the “pick my side, otherwise you are complicit” approach of the U.S. and its close allies. Countries have different perceptions of how the situation ended up where it is. They are entitled to their own opinions and, more important, to policy autonomy without the fear of being blackmailed or intimidated.

In a nutshell, the incoming summit is truly important for both China-Europe relations and for the world. It should aim to achieve at least the following:

To begin with, it needs to manage the fallout from Ukraine conflict on China-Europe relations and prevent the crisis from damaging China-Europe relations. The two sides need to show understanding toward each other’s position and start real cooperative efforts in fields such as humanitarian efforts and supply chain stability, which are really needed at this moment. In addition, they should put China-EU relations on a more stable footing, with dialogue on bridging the discrepancy between the EU’s labeling of China as a systemic rival and China’s continued characterization by the EU as its strategic partner. Conditions to solve the CAI stalemate need to be adjusted step by step.

China-Europe RelationsUkraine CrisisU.S.-EU RelationsChina-U.S.-Russia Relations
printTweet
You might also like
Back to Top
CHINA US Focus 2023 China-United States Exchange Foundation. All rights reserved.