U.S.-China Decoupling: How Feasible, How Desirable? 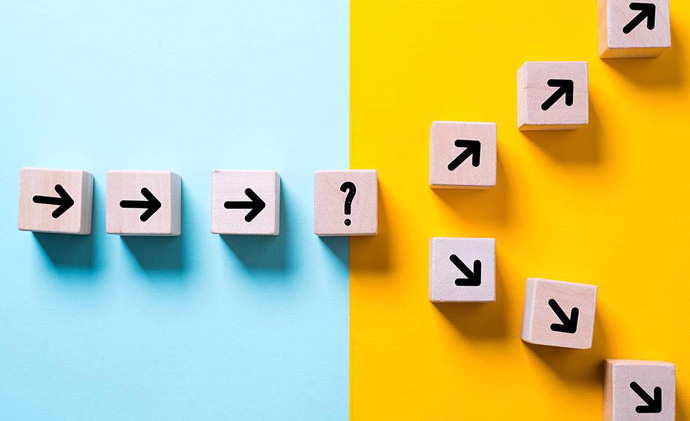 There has been much commentary over the course of 2018-19 about the possibility — and even the desirability — of the United States and China “decoupling” from each other.

President Donald Trump’s former adviser Steve Bannon and current economic adviser Peter Navarro were the first to put forward the idea, and both have lobbied strongly for it. Vice President Mike Pence, however, starkly dismissed it as U.S. policy in his October 24 speech at the Woodrow Wilson Center in 2019, asserting: “People sometimes ask if the Trump administration is seeking to decouple from China? The answer is a resounding no!” So, even within the Trump administration, there are contradictory views and voices on the issue.

The facts of the matter are several. First, decoupling has already progressed and is proceeding in real time. Second, decoupling potentially extends far beyond the commercial and technological domains. Third, the degree of decoupling will vary considerably across different issue areas (if one takes an elastic definition that includes various dimensions of the U.S.-China relationship and not simply the commercial realm). Fourth, China has already taken substantial decoupling actions by limiting information flow and the presence of foreign entities inside China. Fifth, some degree of decoupling is desirable for the United States to protect its national security and comparative advantages. Last, many dimensions of U.S.-China relations cannot and should not be decoupled, as they would be mutually damaging. Let me briefly elaborate on each dimension.

In the areas of research and development, business and technology, there have long been barriers to partnership — primarily on the Chinese side, which severely limits access by foreign entities. Both sides wall off defense-related R&D, and this is legitimate on a national security basis. But many civilian — so-called “dual use” — technologies have potential military applications, and this is harder to limit. President Xi Jinping’s “civil-military fusion” program is one current example. Indeed, Made in China 2015 and Xi’s call for industrial and technological “self-reliance” is another one. The Great Firewall and extreme censorship in China are also forms of decoupling from the world of information. So, China has already decoupled via these and other policies.

Meanwhile, American and foreign businesses that have operated production facilities in China for years have begun to physically relocate elsewhere — to Southeast or South Asia, Latin America or back to their home countries. Established supply chains are thus being affected and readjusted. One does not want to overstate this tendency — the so-called “China Plus” corporate strategy — but a partial decoupling is occurring. Barriers to joint R&D have also substantially increased, particularly on the American side. U.S. screening of inbound Chinese direct investment is also being increasingly scrutinized. Such investment is restricted by the CFIUS (Committee on Foreign Investment in the United States) and the FIRRMA (Foreign Investment Risk Review Modernization Act). These trends can be expected to continue.

But U.S.-China decoupling should be thought of far more broadly than in just the commercial and technological spheres. Over the past 40 years, since the normalization of diplomatic relations, the United States and China have “coupled” in multiple other spheres: strategic, diplomatic, military, cultural, educational, tourism and others. The whole point of engagement was to marry together the two societies and governments. That was the fundamental premise of the Carter and Reagan administrations when they were initially building the relationship with China. At the governmental level, the idea was to transform the negative adversarial Cold War missions of different parts of both bureaucracies—and replace them with partnerships and positive missions for working together. At the societal level, it was believed that the larger the number of people-to-people interactions, the better.

This “engagement” strategy was supposed to breed “habits of cooperation.” To a large extent it worked. But, progressively, over the past 10 to 15 years, these mutual bonds have atrophied — at both the governmental and societal levels. With the exception of Chinese students still studying in the United States in large numbers (360,000 in college and approximately 80,000 in secondary school), Chinese tourism and some other cultural exchanges and areas of bilateral interaction have already decoupled to a significant extent. Consider the following examples:

In the geostrategic realm, the two senior national security advisers and bureaucracies used to hold regular and wide-ranging consultations — identifying areas of common purpose around the globe. No more. Military-to-military exchanges have similarly shrunk to fewer than 20 per year, and are perfunctory. The broad-gauge Strategic & Economic Dialogue (SAED), which brought together dozens of ministries and agencies from both governments, did not survive the Trump administration. Many government bureaucracies that used to have regular exchanges of personnel and information no longer do. Today only a handful of intergovernmental dialogues remain — a far cry from nearly 100 just three years ago. Nongovernmental so-called “track two” dialogues have similarly shrunk both in number and candid substance. Thus, a significant bureaucratic decoupling of official and unofficial exchanges has occurred.

Because of real American concerns about Chinese “influence operations” and espionage in the United States — as well as significantly increased Chinese restrictions based on fear of political subversion — academic exchanges have also suffered and decoupled to a significant extent. Joint academic research has always been difficult to forge outside of the sciences, but now it is nearly impossible. Further, but related, both governments have increasingly restricted visas for scholars and NGOs. This is a “race to the bottom” that harms both sides. Thus, there has been a partial decoupling of the intellectual communities of both countries already.

Cultural exchanges have also dissipated. Increased Chinese government restrictions on American public diplomacy and cultural programs in China are matched by American suspicions of Confucius Institutes, the Chinese Students & Scholars Association and Chinese media operating in the United States. Even Chinese tourism to the United States has leveled off at 3.3. million and begun to fall.

Thus, in all of these spheres, we see partial decoupling already underway. Some of it is quite considerable and advanced, other areas less so or potential. What this means is that the fundamental ballast that such exchanges and partnerships provided in the relationship, and which were particularly important in times of strategic stress, have atrophied badly and no longer provide a support structure in the Sino-American relationship. This will only contribute to the deterioration of relations — yet as long as these interactions still exist, to some extent, they will serve to constrain a new cold war.

While some degree of decoupling is natural and should be expected in the commercial, national security, and technology realms — real and urgent work must be done by both sides to “recouple” rather than “decouple” at both the governmental and societal levels. In doing so, however, dialogues must be substantive and not pro forma — otherwise they will just add to the existing alienation on both sides. There is no substitute for talking.