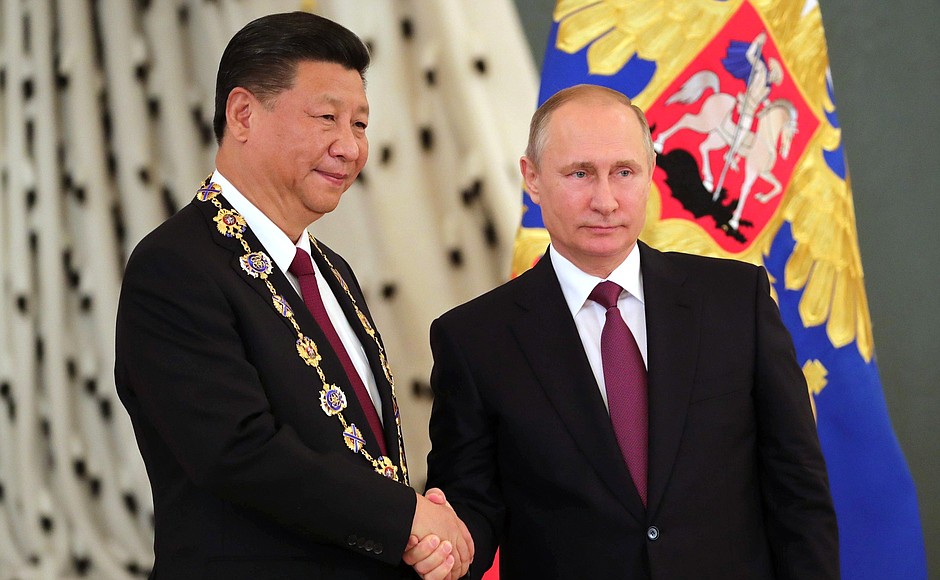 The Trump administration’s outrageous behavior has changed the US-China-Russia relationship, and so, the world.

Since early August, the Trump administration has constantly introduced measures to provoke China and contain Russia. It announced an additional $16 billion tariff plan on imports from China; it brought up the ex-spy poisoning case again, and increased sanctions on Russia; it announced a plan to build a space force by 2020 as a new military branch to counter ‘unprecedented new dangers’ posed by China and Russia; it increased US military expenditure by 2.6% from the previous year, the largest increase in 9 years.

People must think about the possible consequences.

First, on relations with China. The trade war waged by the US has not been successful.

Let me just cite two examples. On 4 August, Forbes published a bylined article The Dangerous Myth The US Is Winning The Trade War with China, stating that the naïve Trump trade team is becoming a bit giddy about seemingly making inroads into the belly of the China trade beast while underestimating the determination, the conviction, and patience of the Chinese. On 7 August, IMF Chief Economist Maurice Obstfeld described the US’ new tariffs on imports from China to reduce its trade deficit as misguided. The root cause of the US trade deficits lies not in trade per se but rather in the macro economy.

The Trump administration should be aware of three basic facts: trade with the US is about 15% of China’s external trade; there is huge potential for it to increase its trade with other countries; and there is still enormous untapped potential in the Chinese economy. Therefore, China has the confidence and capacity to deal with various risks and challenges.

Some people believe that America’s China strategy is changing fundamentally. They argue that the most important unconventional factor (the Trump phenomenon) and the most important conventional factor (the desire for a balance of power) shaping the US’ China policy have combined to form a negative view of China unseen since President Richard Nixon’s trip to China in 1972.

Others don’t think China and the US’ trade relations will lead to full confrontation, because their two economies are deeply intertwined and interdependent. Within the global economic regime, the two economies have developed countless ties through trade, investment, and exchanges of personnel and human capital.

I deeply believe that the overall framework of China-US relations will not easily change. First, the two countries need each other for their long-term interests. It is not a situation where one country needs the other more. Second, towards China, the US has always combined engagement with containment and used the two alternately. Though seemingly in full fury now, the US will return to engagement again when memories of painful past experiences come back. Attempts to scare the Chinese have never worked. Third, Chinese policy towards the US is super stable. In front of the agitated and sometimes flustered US, President Xi Jinping is still composed and firm like a rock.

The US must understand that China does not intend to change or replace it and that it cannot determine China’s positions or prevent it from development. Increased collaboration between the two largest economies in the world not only affects them but is also needed by the international community and desired by all people in the world.

Now, onto US-Russia relations. The US is imposing more sanctions on China while Trump wants to develop a closer relationship with Putin.

The US should be aware that a Russia led by Vladimir Putin will follow several principles. First, Russia will strive to become a first-class country. Second, Russia will explore a development model suited to its national conditions. Third, Russia will oppose a unipolar world. Putin is ambitious despite the many obstacles ahead. Russia wishes to maintain a ‘constructive relationship’ with the US.

President Trump has done everything he can to pull Russia into an alliance against China. An article published on 27 July on the Russian Institute for Strategic Studies website describes US behavior as sowing discord between Russia and China and declares that Russia will not be ‘melted’ by Trump’s flattery and smiles.

The level of maturity and stability of China-Russia relations causes US envy and concern, which is rather unnecessary. Attempts to fight Russia and China at the same time have contributed to a closer relationship between the two.

The US should not try to sustain its hegemony all over the world, obstruct China’s pursuit of peaceful development, or look down on Russia on the basis of its economic growth. More importantly, it should not ignore the central role of the UN.

The world situation is changing all the time, and there are a lot of uncertainties. Yet peaceful development is still the mainstream and win-win cooperation is pursued by all. Fighting is not a means of global governance. The Trump administration should learn from its mistakes.

China-U.S.-Russia Relations
printTweet
You might also like
Back to Top
CHINA US Focus 2022 China-United States Exchange Foundation. All rights reserved.