In Search of Stability on Taiwan: Dialogue, Crisis or War? 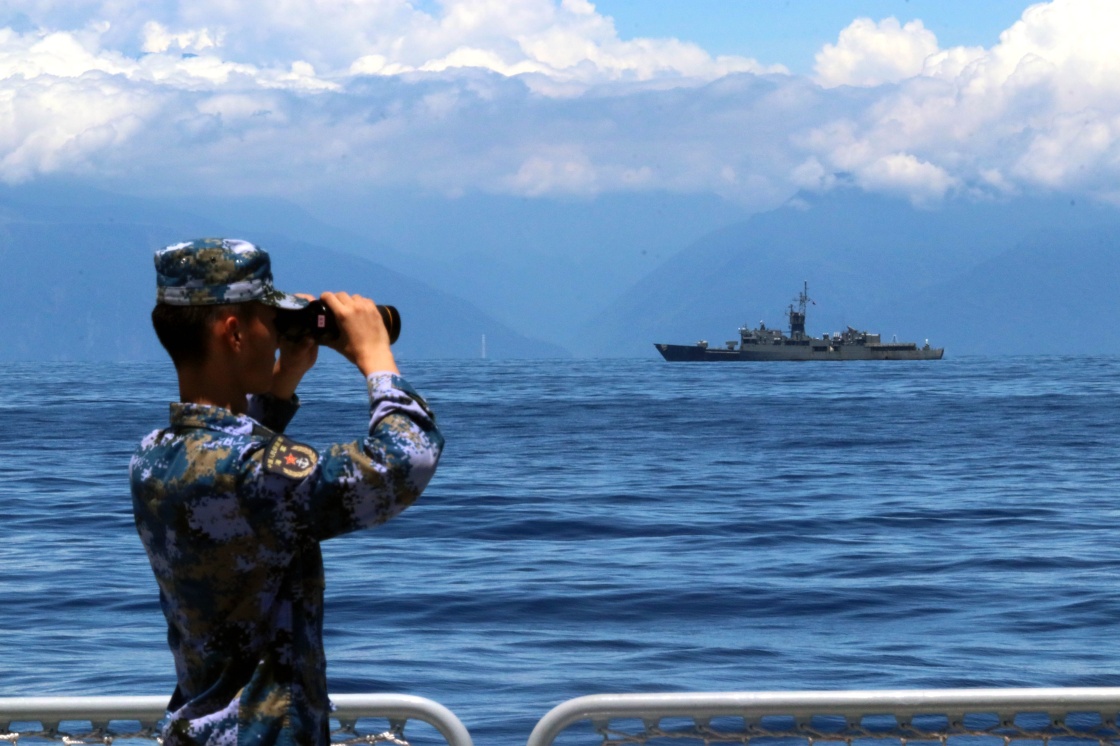 A soldier looks through binoculars during combat exercises and training of the navy of the Chinese People’s Liberation Army in the waters around Taiwan on Aug. 5, 2022. (Photo: Lin Jian / Xinhua)

The Taiwan issue has always been the most important, most sensitive topic in China-U.S. relations over the past five decades. In the past few years, many observers noted that China and the United States have sunk into a vicious circle of action and retaliation over the island, making the Taiwan Strait probably the only area where an intentional conflict or war may break out between the two countries.

Fully aware of the both the sensitivity and danger, however, the speaker of the U.S. House of Representatives, Nancy Pelosi defied all voices of opposition and visited Taiwan, resulting in a fresh round of tensions between the two countries.

The Chinese government and scholars have resolutely countered and strongly condemned Pelosi’s wrongful deed. Thanks to the fact that the Chinese government’s response has been appropriate and restrained, the worst-case scenario some people had previously anticipated has not materialized. However, the torrents in the “dire strait” are far from settling down, and crisis stability has yet to be achieved.

The Taiwan question is dragging China-U.S. relations toward more serious conflicts, and at least for the time being we lack the means to stop such momentum. In the next few weeks, the situation may worsen — even more so in the next few months and years. Pelosi’s Taiwan visit raised a significant question: How can China and the U.S. achieve stability on the matter of Taiwan? Will there be dialogue, crisis or military conflict?

For a long time, the Chinese and U.S. governments have criticized each other for adopting a “salami strategy” on Taiwan, claiming their respective actions are reactive and a last resort. Both parties have their own logic, but it’s always difficult to distinguish the chicken and egg in a game like this. As a result of low mutual trust, one side’s unintentional moves may be perceived by the other as purposeful provocation, beyond policy adjustments. Neither Chinese nor U.S. decision-makers want to see military conflict or war over Taiwan, yet we must be fully aware that since some longstanding basic factors related to the Taiwan question have changed, the previous relative stability is becoming increasingly difficult to sustain.

The biggest changes lie in the China-U.S. relationship. Five or six years ago, when bilateral relations were still generally stable, decision-makers in the United States were more inclined to restrain their support for Taiwan authorities to avoid provoking Beijing. After the relationship deteriorated, however, the U.S. executive branch and Congress no longer wanted to maintain that restraint but instead attempted to double down on compensating the Taiwan authorities and even to challenge and enrage the Chinese government by its actions. This is the psychological origin of the U.S. side’s salami strategy, which we have witnessed over the past few years. Similarly, when China-U.S. relations were by and large constructive, the Chinese government hoped to avoid ruining the overall relationship over Taiwan and thus tried to maintain relative restraint in response to some U.S. actions.

For instance, when U.S. House Speaker Newt Gingrich visited Taiwan 25 years ago, the Chinese government expressed opposition. But at that time China-U.S. relations were striding toward a “constructive partnership. Gingrich’s visit was a brief episode in the process of improving relations; therefore ,the Chinese side’s reaction was far less forceful than that it was in the case of Pelosi.

Now, substantive changes have taken place in China-U.S. relations. The extent of Chinese concern — even factoring in the desire for overall stability — has naturally given way to more assertiveness in response to U.S. provocations.

The narrowing power gap between Chinese and U.S., as well as the widening gap across the Taiwan Strait, are another basic long-term factor undergoing change. In the absence of mutual trust, as the Chinese mainland becomes increasingly capable of achieving its goal of national reunification through military action, even if it does nothing at all, the U.S. side will be worried and attempt to help Taiwan authorities upgrade their ability to confront the mainland. Meanwhile, as capabilities rise, the Chinese public’s patience with some U.S. politicians and pro-independence forces in Taiwan is also naturally wearing thin.

Such significant long-term factors have had a decisive influence on all stake-holding parties’ Taiwan policies. When these factors change, corresponding policies will inevitably change accordingly. In history, for example, after the Korean War solidified the Cold-War in Northeast Asia, the U.S. turned from the notion of “waiting for the dust to settle” to supporting the Chiang Kai-shek clique to confront the mainland. After China-U.S. relations improved in the 1970s, the U.S. gradually accepted the Chinese side’s condition of cutting off diplomatic relations, scrapping corresponding treaties and withdrawing military assets from Taiwan. As bilateral ties have become increasingly complex and profound, the U.S. began to tilt toward so-called dual containment, which on one hand prevents the mainland from using force and on the other opposes adventurous moves on the part of separatists in Taiwan. Today, China-U.S. relations have seen the biggest changes of the past 50 years. Changes in the two countries’ relative power is also unprecedented in the past century.

Of course we are against the U.S. adjusting its Taiwan policies, over our wishes. However, after those changes have been made in the macro environment, it’s obviously unrealistic to expect that U.S. policy or separatist forces on the island would remain at a standstill. In fact, while adhering to its longterm strategy for peaceful reunification, the mainland has also been steadily modifying the format and focus of specific policies.

We often use the concept of “red lines” in discourse about Taiwan. A red line refers to some bottom lines that are not to be broken. In a strategic game, clarifying each gaming party’s red line is a necessary precondition for avoiding a major crisis. However, at least on the matter of Taiwan, the red line has never been a clear, thin “line” but rather an “area.” It’s better to say each party is sticking to a red zone with ambiguous boundaries and a degree of flexibility than to say each of insists on a red line.

For example, from the Chinese perspective the U.S. has been hollowing out its “one China” policy in recent years, constantly slicing the salami through legislation, official visits and arms sales. The U.S. side has so far insisted that it’s committed to its one-China policy, and such things as the Pelosi visit haven’t violated it. America’s one-China policy is like a temple, which at least consists of the building itself and the Buddhist statues inside. The U.S. used to maintain a series of self-imposed limits when interacting with Taiwan, to make sure such interactions were unofficial in nature. Now these limitations have been gradually removed or broken. Pelosi’s Taiwan trip was the latest example. But the U.S. side has removed one statue after another from the temple, leaving behind an empty building. Thus it claims the temple is still there. So long as the U.S. didn’t declare support for Taiwan independence, it thinks that nothing else it does undermines its claimed commitment to one China. In fact, the U.S. side has continuously trampled China’s red zone, triggering Chinese indignation and anxiety, even with claims it had not violated Chinese bottom lines.

Since each stakeholder is subject to powerful gravity. Creating changes in the macro environment, renders it difficult to maintain stability across the Taiwan Strait. Since the macro environment has changed, it would be wishful thinking to anticipate a return to the status quo of a decade ago. To stabilize the situation across the Taiwan Strait now, a new equilibrium has to be maneuvered in the new macro environment. This is more or less like the process between 1972 and 1979 when China and the U.S. managed an agreement on a new formula for the Taiwan question under new strategic circumstances.

Some scholars argue China and the U.S. need a fourth joint communique, which is unrealistic. But the central idea is that China and the U.S. need to reach new understandings in a new environment, which is sensible thinking. The test is, on one hand, whether decision-makers in both countries can resist the strong pull of forces at home originating from a changed macro environment.

On the other hand, it’s not clear that the Chinese and U.S. sides can sit down for truly in-depth discussions, making sure each can send restrained messages and letting the other party get it right. Both are no doubt extremely difficult, and we don’t have much time. If we can’t really achieve stability via self-restraint and mutual reassurance, we may have to wait for achieving stability through a greater crisis, conflict or even war. The cost of such a course will undoubtedly be too high for China, the U.S. and the entire world.