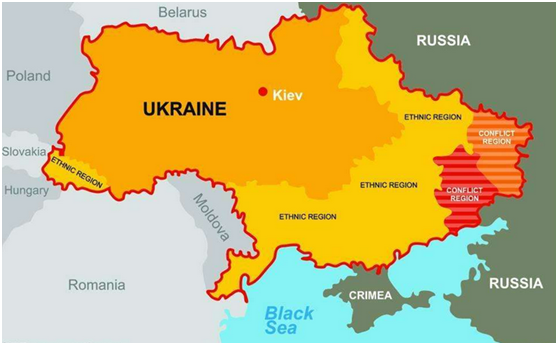 Tensions over Ukraine have been escalating recently to the point that it seems war is imminent. Over the past few days, the United States, Russia and Europe have been engaged in intensive consultations, but agreement is elusive because of diverging demands. The crisis in Ukraine is not only a geopolitical one but also a collision of the three very different security concepts held by the U.S., Russia and Europe. It’s a typical international security issue. Examining the differences between the three security concepts can help us understand where the crisis is headed.

The U.S. security view aims to shore up its subjective security system, or hegemonic security, whose scope goes beyond the national security of the country, per se. Should any element within this system go awry, it may be seen as jeopardizing U.S. national security. In this vein, the U.S. seeks to maintain systemic security, and every element can be used as a tool. Whether the case is Ukraine, Germany, France or NATO, they are all tools for the U.S. to maintain the security of the system.

The U.S. push for NATO’s eastward expansion despite Russia’s security concerns — and using Ukraine as “cannon fodder” — arises from systemic considerations on top of protecting Europe and containing Russia. The U.S. views Europe as a key link in maintaining the balance and stability of its global strategic system. The countries involved may have gains and losses: Ukraine may lose its autonomy, the EU its security and Russia handed costs and challenges. These will rattle international markets. But for the United States, all is well so long as it secures “net gains.”

This creates a pair of stark contradictions. Any country will view security issues on its own terms, not from the perspective of the international system — and even less serving U.S. systemic security and various American initiatives. However, most countries have to bow to the U.S. position of strength and play along. And while they may be critical in public, they have to get on board in practice. Since the end of World War II, most of the members of the system put up with the U.S. approach.

On its part, the U.S. has practiced restraint on many issues to ensure net gains. Now, as the situation has evolved and U.S. hegemony has declined, it faces increasing constraints to maintain net gains, which generates behaviors that seem deviant conventionally, such as the unilateralist approach under the Trump administration. Also, a growing number of countries are no longer willing to put up with the United States and are determined to encounter it head-on over some regional issues, which explains the crisis in Ukraine and underscores the Russian view of security.

Over the years, Russia has felt a growing sense of insecurity, as the U.S. pushes NATO to squeeze Russia militarily and encroach on its buffer zone. Russia has repeatedly proposed to the United States that a strategic stability guarantee be established by Russia, the U.S. and NATO that includes a limit for the eastward expansion of Western forces that does not make Russia feel insecure. However, the United States has not responded positively and continues to expand eastward. Russia now believes that a more aggressive and confrontational approach is necessary to put sufficient pressure on the United States to ensure it takes Russia’s security concerns seriously and responds positively on security guarantees.

Ukraine is an important barrier between Russia and the West, a frontier for confrontation and one of the key sources of insecurity. Russia feels a need to tackle this soft spot and remove strategic risks with tough action. It will not let Ukraine become a missile base for the West, and the West will not sit back and watch Ukraine return to Russia’s fold, as both sides need it strategically. Russia understands that as long as deterrence is in place, the West will sit down and talk to Russia, but the crisis will not dissipate until talks yield results.

Germany, France, Britain and other major European countries play a mediating role in this crisis, which also reflects the profound weakness of the European security concept. After the baptism of the two world wars and a prolonged period of peaceful development under the postwar security umbrella of the United States, Europe’s security concept has seriously dwindled. Europe primarily looks to the U.S. for security, rather than grasping it in its own hands. European countries have ceded the rein to others, first to the U.S.S.R. and then to the U.S. and Russia. This explains why Russia does not heed European mediation. Neither the Germans, the French nor the British have any substantial influence on the Ukraine issue.

Another manifestation of Europe’s dwindling security perception is its underemphasis on homeland and military security and overemphasis on nontraditional issues such as climate, cybersecurity and counter-terrorism. It misses the backbone of its national security. Although these nontraditional security issues often create hiccups for European countries, they do not shake the core of Europe’s collective national security. Given Europe’s geographic location and the current international landscape, homeland and military security issues will remain the main security concerns facing Europe in the long run. Any mishandling could shake the foundation of Europe.

Recently, the U.S. has been talking up the prospect of an imminent Russian invasion of Ukraine and continues to fan the flames, or create an atmosphere, for a war that would plunge Europe into chaos. Germany, France, Britain and even Ukraine itself are working to take the heat out and praying that war can be avoided. Russia acts with calm and poise, demonstrating it is on top of the situation and that it will not be intimidated either in talks or in the event of war.

The three attitudes echo three security concepts and security aspirations. The end game depends on which party can seize the upper hand in security.

U.S.-Russia RelationsUkraine CrisisRegional SecurityGeopolitics
printTweet
You might also like
Back to Top
CHINA US Focus 2022 China-United States Exchange Foundation. All rights reserved.