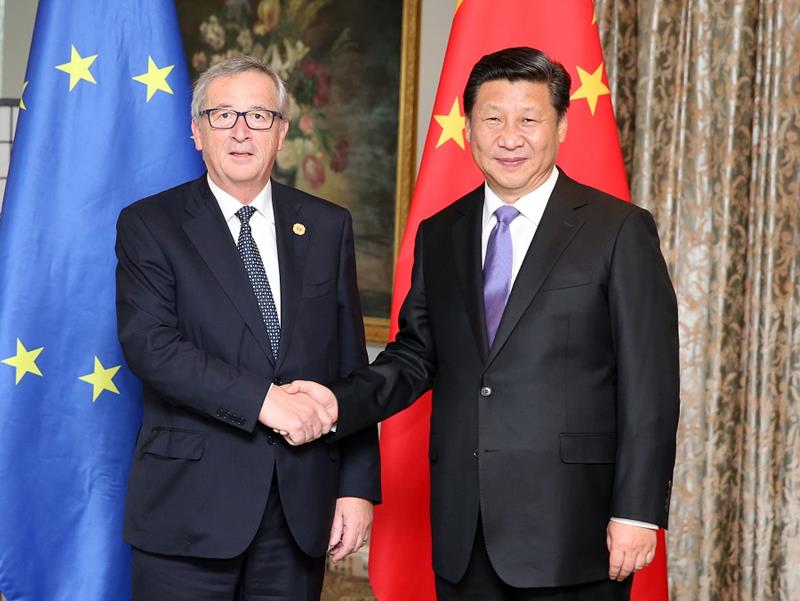 China’s extraordinary transformation over the last four decades has been among the most dramatic events in history. The most obvious benefits went to the Chinese people, who escaped crippling poverty. The People’s Republic of China also redressed the humiliations of the past, becoming increasingly powerful and respected.

One aspect of the PRC’s rise was to create personal and institutional relationships around the globe. Ties in the academic, business, cultural, political, security, and sporting fields bind the Chinese to people in other nations, including Americans, many of whom just a few decades ago considered Beijing a reckless, dangerous enemy. In the early 1960s, Washington even considered initiating preventative war against the PRC to forestall the latter’s development of nuclear weapons.

Thankfully such thoughts are long gone. However, relations between China and much of the West appear to be fraying. The PRC risks losing its best friends abroad, which could result in more contentious and destabilizing interactions in the future.

Obviously, Beijing is empowered to make its own decisions, based on what it believes to be its people’s best interests. And there is no reason to assume such judgments will match the preferences of Washington, Brussels, Tokyo, or elsewhere. However, when the PRC’s policies inflame foreign sentiment, they risk creating costly blowback.

Consider trade policy. President Donald Trump can be criticized both for his focus on trade deficits — which are a largely irrelevant accounting measure — and his confrontational approach. Nevertheless, the PRC has taken advantage of the West’s more liberal economies and open societies to benefit Chinese firms and, most important, the Chinese state. Chinese laws and rules have been applied in ways that hinder American and other foreign enterprises. American and European technology has been acquired through means both fair and foul.

As a result, many U.S. firms, once strong advocates of the U.S.-China economic relationship, have turned hostile. Some welcome the administration’s economic truculence. They have been joined by advocates of free markets as well as policymakers focused on security and human rights issues. Frustration extends far beyond Washington: European nations are also considering restricting PRC economic involvement.

This jeopardizes mutually beneficial financial, product, and service flows. The danger goes beyond economics, however. For years, commercial ties have undergirded the American-Chinese relationship. If that foundation deteriorates, other disagreements will loom even larger, putting the entire relationship at risk.

Beijing’s crackdown on academic and other exchanges also concerns the West. Until recently Americans could work with Chinese of varying beliefs to explore common interests. Although participants were circumspect in their criticism of Beijing’s policies, they could consider a range of possible reforms for the future. The willingness of Chinese scholars, thinkers, and activists to engage with those from around the world was an important sign that the PRC saw itself as a member of a shared international community and system. While Chinese authorities might dislike some of the influence coming from the West, Chinese participants in turn acted as informal ambassadors for a country and ideology long seen as threatening by outsiders. Hindering such exchanges suggests fear; the belief that Beijing cannot withstand free contact among peoples. Indeed, today’s policy appears to be an indirect attack on Westerners who once visited and interacted freely with Chinese citizens.

Disagreements over the PRC’s treatment of Hong Kong and Taiwan may be inevitable but need not pose insurmountable differences. The PRC’s treatment of the two lands reflects Beijing’s willingness to respect their unique characteristics. Particularly important is China’s commitment to peace. However, Beijing’s recent policies suggest a dangerous impatience with complex controversies which have no easy solution. Coercion and violence would undermine the relationship and, especially if used against Taiwan, risk broader conflict.

Western governments recognize the challenge of dealing with Muslim extremists. However, Beijing’s extraordinarily harsh policies imposed in Xinjiang against the Uyghur population are seen as not just overbroad, but neo-totalitarian. That suggests a return to an earlier era when the Chinese government sacrificed the Chinese population to satisfy ideological imperatives. Such actions are seen as stepping back from the global leadership to which China appeared to aspire.

The PRC also appears to be reversing what had until recently been a more tolerant policy toward people of faith, protected by China’s constitutional guarantee of the “freedom of religious belief.” For many in the West, the willingness to respect people who exercise their faiths in ways that do not harm others is an important standard for assessing another government. Doing so also demonstrates pragmatism, since most religious believers will compromise on politics as long as they can practice their faith. However, the destruction of churches and arrest of pastors has created and inflamed dissent in the PRC.

Another reminder of an unpleasant past comes from recent criticism of the role of the constitution and rule of law. These concepts were helping to create accountability and predictability in governance. The seeming abandonment of these objectives brings to mind the PRC’s previous experiences with excessive political power. Overall, China appears to be racing backwards toward future hardship.

Most Chinese citizens are understandably sensitive about foreign criticism. But many of China’s best friends in other nations fear that ongoing changes will badly undermine bilateral relations. The PRC is no longer closed off from the world, so what happens there will no longer stay there.

Beijing should consider foreign reactions to its policies, especially when the responses are sharply negative. Its policies have encouraged its neighbors deal with one another, and more distant powers, like America and India, against China. Even further abroad, this process has turned some of Beijing’s good friends into critics.

The PRC has changed much in recent decades, benefiting its own people. The rest of the world has also gained. It would be a tragedy if China retreated from the freer, more open society which it appeared ready to become. Beijing should listen to its friends as it moves into the future.

Xi JinpingXinjiangHong KongTaiwan
printTweet
You might also like
Back to Top
CHINA US Focus 2023 China-United States Exchange Foundation. All rights reserved.