How to Tackle Gray Rhinos? 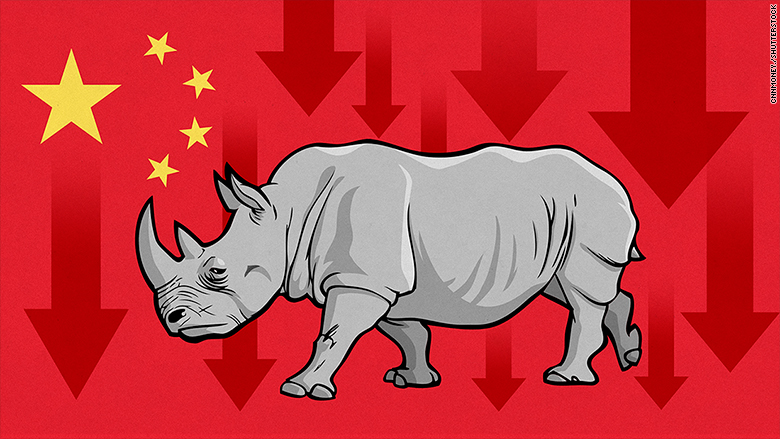 In discussions of international challenges, the term “Gray Rhino” has frequently cropped up. Gray Rhinos are slow-motion crises that are usually ignored until it is too late. Examples include accumulating financial risks from rising debt levels, wild fluctuations in exchange rates of major currencies (like the US dollar), increasing tensions between major powers (like the US and Russia), and rising tensions in regional hot spots (like the Korean Peninsula and the Middle East). Gray Rhinos pose serious risks to global governance. The international community must take concerted actions to tackle and tame them. Yet the tug of war between globalization and anti-globalization forces undermine international efforts to do so.

Lukewarm global economic recovery and some half-hearted cross-border regulations have lulled the world into complacency on financial stability. But alarm bells keep ringing as the US debt level continues to rise, Europe’s debt crisis remains untamed and at risk of deteriorating further, and emerging economies’ high domestic and foreign debt levels threaten to disrupt their economic growth. The large amount of quantitative easing and extremely low interest rates in advanced nations have left many ticking bombs in the form of asset bubbles in bonds, stocks, and property. Since 2009, key central banks have bought $11 trillion-worth of government bonds and other assets and have only now started to shrink their balance sheets following moves by the Fed and by the European Central Bank last October. The inevitable rate increases and shrinking of balance sheets have already created drastic fluctuations of capital movement in many countries that will induce financial crises.

Geo-political tensions and entanglements are rising as major powers grapple with the changing balance of power and the rising tides of anti-globalization resulting mostly from the widening gap between rich and poor. The Ukraine crisis triggered by continuous NATO eastward expansion right up to Russia’s doorstep offers a bleak picture for European security and the US-Russia relationship. The troubles in China’s neighborhood from the Korean Peninsula to the South China Sea, exacerbated by the US’ “off-shore balancing” in the region, keep bubbling to the surface despite strenuous efforts by China to seek political solutions. The Middle East remains a basket of bloody wars, with sectarian fights within and between religious groups. The Arab Spring and intervention and inaction by Western countries have provided fertile land for terrorist activity.

Anti-globalization and populism have fed into each other, and this has driven political radicalization in the US and many European countries, leaving the former more inward-looking and less willing to continue providing necessary global commons, and the latter struggling to ensure the survival of “the European Project”. The UN-centered multilateralism that was created and supported by all the major powers after the Second World War and remained the bedrock for world peace and economic growth for the last seven decades is now at great risk, because the US has taken a negative view of globalization and is now trying to change the rules. Even if economics and finance are not easily swayed by shifting politics, world economic growth will definitely meet strong headwinds should the trend of anti-globalization continue unabated.

With Gray Rhinos appearing on the horizon and gathering speed, the world looks to China and other emerging economies for new and creative ideas to tackle the challenges ahead, and to further globalization and global governance.

The world will not be disappointed. The recent CCP National Congress enshrined in the amended Party’s Charter China’s innovative ideas on global governance over the last five years. These include peaceful development, the “Belt and Road Initiative”, promoting a new type of international relations, and building a Community of Nations with a Shared Destiny. China intends to contribute new ideas for better global governance to fulfill her role as a global power.

A common thread weaving through these ideas is the core value of “seeking harmony while keeping differences” in Chinese civilization. The world today is so complex and challenges are so daunting that there is an urgent need for joint efforts from all countries, both developed and developing. A good place to start would be China’s “Belt & Road Initiative” as it will benefit many countries by improving infrastructure, increasing trade and investment, as well as exchanges between peoples from all walks of life. Globalization should not leave any country behind. China has taken a big step towards better global governance and can be counted upon to continue playing such a constructive role in the future.

CCPGlobal Governance
printTweet
You might also like
Back to Top
CHINA US Focus 2023 China-United States Exchange Foundation. All rights reserved.