Lessons of an Imbalanced Dream

Why the Chinese Dream should be different from the American Dream 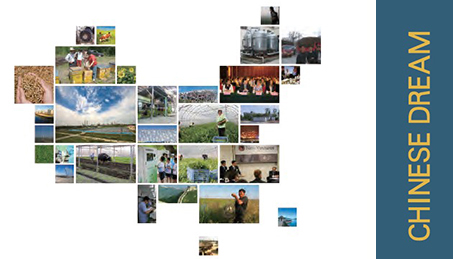 What is the American Dream? To the average observer, the Dream is material: the ownership of a home complete with a car, a yard with a white picket fence and the latest luxury goods scattered across an ever-growing property. However, the American Dream has always had another, deeper aspect made up of major underlying principles, spiritual values, and institutions that are both inspired by the Dream and created to support it.A long-established tradition of the American Dream has been its balance between the spiritual and the material. As has been proven throughout modern American history, too much emphasis on materialism within the context of the Dream can lead to a dangerous tendency of society to obtain the irrational or the unaffordable. This American experience should be an important lesson for those experiencing the relatively-recent arrival of the Chinese Dream. Much as American elites have been faced with difficult questions throughout the history of the American Dream, Chinese elites are now forced to contemplate issues of their own: What is the spiritual core of the Chinese Dream? And what are the good measures for the Chinese to keep a delicate balance between spiritualism and materialism?

At the very beginning of its creation, the American Dream was less focussed on material goods and more on the vision of opportunity and freedom limited only by how far an individual was willing to go within the law. The term “the American Dream” was created by the author James Truslow Adams in 1931 in his book The Epic of America.In his article from the New York Times on January 1, 1933, the American dream “… is a vision of a better, deeper, richer life for every individual, regardless of the position in society which he or she may occupy by the accident of birth… a chance to develop our capacities to the full, unhampered by unjust restrictions of caste or custom”. Caught in the middle of the Great Depression and, later, World War II, American society held out hope for future material success while fighting to defend and strengthen the Dream’s spiritual pillars of freedom and integrity, hard work and opportunity. As the Dream continued to develop within the context of the country’s history, it grew to encompass additional values such as America’s entrepreneurial spirit and adopted the banners of ‘hope’ and ‘change’. A new vision emerged, one where anything was possible with the right amount of drive and hard work.

The end of World War II and the economic success that followed it led to a reinvention of the American Dream, as well as its balance between the spiritual and the material. Led by returning soldiers longing for a home to call their own, and helped along by the creation of the American suburb and an economy that was becoming increasingly dependent on consumers, the average citizen started to define the success of the American Dream by their ability to buy a house and earn a decent income. Increased focus on buying a home, a car, and an ever-increasing list of luxury items made the American Dream more materialistic than it had been when it was first created, despite several economic downturns in the 1980s and early 1990s. The collapse of the Soviet Union and an economic boom brought on by the Internet led to a renewed focus on the material.

With the creation of the housing bubble at the turn of the new millennium, the stubborn and, at times, unrealistic desire of the American people to own a home pushed many to take out mortgages on houses that they could not afford under the influence of an under-regulated and dishonest loan market. Americans were pressured by their own society to reach for bigger, more expensive houses in keeping with the American lifestyle. Even the government contributed to the drive for mortgages that led to the economic crisis of 2008. The practice of making the interest on mortgage payments tax deductible convinced the average American that they could afford to pay for what society said they needed: a large, single-family home that lifted them into full-fledged realization of American Dream.

As discussed by Thomas Friedman in his 2012 article, the Chinese Dream is, and should be, different from its American counterpart due to cultural and political differences between the two societies, as well as issues of sustainability. Although the American Dream is, at its base, a success story, it cannot be repeated for environmental reasons. China is, and has always been, a unique nation with a complex, inimitable society, and the sheer size of its population makes it impossible for the planet to survive another American Dream.  Instead, China must pursue another path, one whose necessary balance between the spiritual and the material comes as Chinese society is becoming more and more focussed on the consumption of material goods. According to a study done by Bain & Company in October, 2013, Chinese consumers have increased from 25% to approximately 30% of the luxury market. Rising inflation, particularly in regards to the price of housing, points to further difficulties. In a country without religion, Chinese society has also started the tendency of making wealth its god, pursuing material success beyond the limits of the law and social ethics.

The American Dream is more than a traditional desire for a home and property: it is a delicate, difficult balance between material success and deeper spiritual ideals. The American Dream has been, and will continue to be, the core of modern American society, both in its focus on the spiritual ideas of freedom and hardworking founded on equal opportunity and in its materialistic desire for possessions and financial security. The Chinese Dream promises to be no less important to the development and renewal of modern Chinese society despite its recent arrival. However, an emphasis on materialism could create an imbalance in the Chinese Dream that will destabilize the idea and the society that it seeks to define. China must look to the example of the American Dream to learn how to maintain the Dream’s essential balance, without seeking to recreate its American counterpart. As has been proven throughout modern American history, only a careful balance between spiritual ideas and material goals can cause the dream to flourish, allowing the dream’s society to grow alongside it and reach towards the immortal hope of a better future.