Refocusing on the “World” at the World Internet Conference 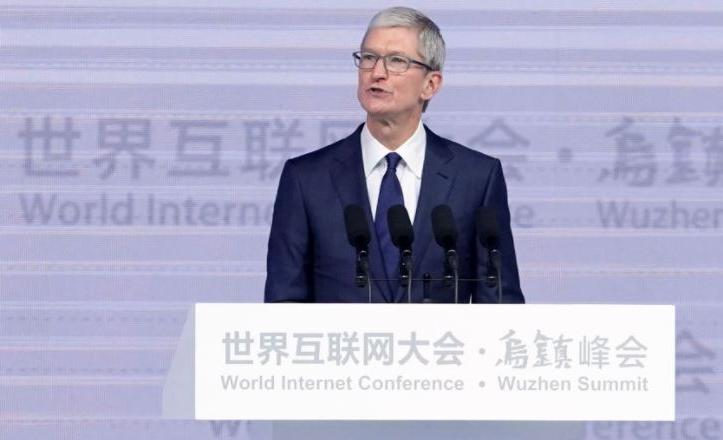 This buzz surrounding this year’s World Internet Conference (WIC) has been about the first-time attendance of Apple’s and Google’s CEOs, distracting critics from an equally interesting issue: what do countries that send both tech industry and government representatives gain in the long term from participating in these meetings? What can Western tech firms do to match or counter the deep bilateral economic and political influence that has been carefully developed on the sidelines of the WIC?

Part of the explanation behind how and why the WIC, or Wuzhen Summit, attracts political leaders from Central Asian, Middle Eastern, and African countries extends well beyond more recent Chinese investments in technology initiatives abroad. From the early 2000s through the present, Chinese scholars, policymakers, telco representatives, and even military figures have increasingly spoken of the global spread of the Internet in the territorialistic terms that have come to be identified with the concept of Internet sovereignty, or state control over Internet infrastructure and content within a country’s borders. Some of the now-familiar arguments about the uneven concentration of core Internet infrastructure such as root servers in places like the United States (as opposed to more populous countries like China) formed the foundations for the argument that developing countries need to band together and claim their stakes in global Internet governance. This argument has slowly garnered support as China—and to a lesser extent, Russia— increasingly made the case that as former developing states turned global superpowers, they were best suited to deliver international recognition of the principles that comprise the multilateral approach to Internet governance. It is not coincidental that some of the nations listed among the worst offenders of Internet freedom in Freedom House’s 2017 Freedom on the Net assessment are pro-multilateralism, or that a subset of these states sent government, telecommunications, and tech industry representatives to the WIC.

The Chinese government’s long-standing vision of developing countries cooperating to wrest what they see as disproportionate control over Internet governance away from the United States and Europe pre-dated the Snowden revelations, yet was rejuvenated given evidence of the NSA’s espionage. It should thus come as no surprise that the inaugural WIC was launched a year later, in 2014. Over the course of four Wuzhen Summits, the organizers have tested out and refined their presentation of the central tenet of Internet sovereignty as the sine qua non of cooperating with China on issues concerning the digital economy and Internet governance. Rather than making compliance with this value front and center as in previous years, Chinese speakers at the fourth WIC toned down and subtly threaded the Internet sovereignty message through speeches about entrepreneurship, cross-border data flows, and narrowing the digital divide. This year’s WIC included panels on poverty alleviation, combating cybercrime, and even protection of children using the Internet. This array of issues—scaling from infrastructure up through content and regulation—provides a roadmap to constructing the types of technological ecosystems that many developing states are eager to cultivate, and mirrors aspects of the approach that both China’s government and tech companies have taken in expanding their global influence.

China’s own rapid Internet infrastructure build-out and upgrading, along with support of its domestic tech giants at home and abroad, has made the country an attractive exemplar for the types of states that flock to WIC. Saudi Arabian representatives at this year’s Wuzhen Summit discussed their participation in the Chinese Digital Silk Road Initiative, and used the opportunity to both meet with members of the National Development and Reform Commission (NDRC) as well as visit the Huawei Research Center in Shanghai. Liberian state telco attendees of the WIC likewise visited Huawei, while other Chinese companies touted digital trade with Turkey and Peru. Across the Association of Southeast Asian Nations (ASEAN) countries, Chinese construction of broadband and other Internet infrastructure is complemented by provision of content from heavy hitters including Alibaba and Tencent, which are increasingly investing in or acquiring Southeast Asian startups. The Chinese government has additionally set up an “Information Harbor” in southwestern China to promote digital trade with ASEAN. On a broader and as yet unsystematically examined scale, China will construct Internet infrastructure along the One Belt, One Road (OBOR) route, which will result in even greater expansion of foreign markets for Chinese hardware and software.

Given this far-reaching ideological and economic strategy to win favor for Chinese technology, investment, and regulatory models abroad, it is indeed the case that “The U.S. can no longer ignore China as a global internet player.” Yet instead of asking what Apple and Google are capable of changing by maintaining a foothold in China’s lucrative tech markets and complying with draconian regulations, what might they and similar multinational tech firms be able to do to reduce dependence on China? Although high-level bilateral infrastructure projects on a scale to compete with China’s are perhaps out of the question, to what extent can U.S. tech companies learn from the expansion of Alibaba, Huawei, Tencent and others in foreign markets? One wise suggestion has been for Apple to diversify its supply chain, which could result in deeper cooperation with states that see Chinese support as their best bet at the elusive goal of technological leapfrogging. While Google has a Next Billion Users development team that addresses different user experiences in emerging markets, they and other tech companies can do more to meaningfully push back against growing support for the most damaging practices that arise from Internet sovereignty and multilateral approaches to Internet governance.

These suggestions need not all be competitive, and can even lean toward limited collaboration with Chinese firms that have already established a presence in emerging markets that receive more support from China than from the U.S. and its allies. The list of potential “swing states” in the Internet governance debate— states that neither come down on the multilateral or multistakeholder side— may be dwindling, but the economic case for rejecting multilateralism still stands. If the ultimate goal is to curb the expansion of censorship and similar aspects of the Chinese model of Internet governance in places outside of China, it is not too late to attempt more substantive efforts to engage with countries that have not fully committed to the Wuzhen Process.

Internet GovernanceGoogleWorld Internet ConferenceInformation Technology
printTweet
You might also like
Back to Top
CHINA US Focus 2022 China-United States Exchange Foundation. All rights reserved.