THE HIDDEN HISTORY OF AMERICAN DISASTER IN ASIA 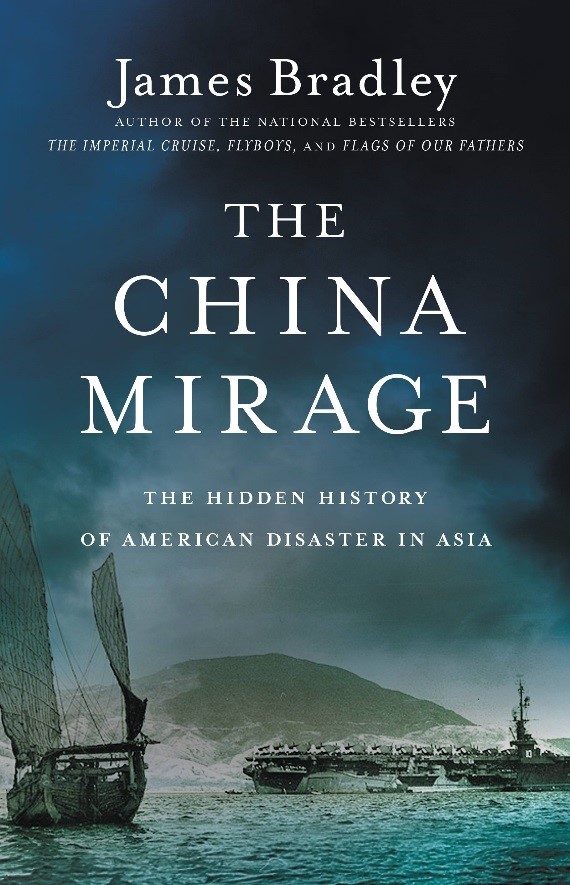 The China Mirage is a riveting history of U.S.-China relations from the 19th-century opium trade through World War II and on to the Vietnam War. From both Roosevelt administrations to today, Bradley traces a troubled relationship between two nations, showing how the West has often profoundly misunderstood and underestimated the East.

The China Mirage: The Hidden History of American Disaster in Asia is the latest book byJames Bradley, author of the consecutive New York Times bestsellers Flags of Our Fathers, Flyboys, and The Imperial Cruise. With each of his books, Bradley has exposed hidden truths behind America’s military engagement in Asia, pivoting around the central searing image and story of his father raising the flag on Iwo Jima. With The China Mirage, he seeks to answer one basic question: How did his father end up on that island beach?

The answer can be found as early as the 1840s, when prominent Americans—including Franklin Delano Roosevelt’s grandfather—made their fortunes in the Chinese opium trade. As they profited off addicting millions, American missionaries arrived seeking to westernize Chinese peasants. The myth of a country longing to be Christianized and Americanized and soon to become the United States’ best friend in Asia is the so-called China Mirage, a misperception that American media eagerly propagated, with far-reaching implications through the present.

Bradley opens with a provocative premise: While most Americans trace the roots of World War II to Japan’s attack on Pearl Harbor, few know why the attack occurred. It had little to do with the Axis agenda in Europe and was in fact a reaction to U.S. restrictions on oil exports to Japan—a move calculated to force Japan out of China, freeing China to westernize and ally with the United States.

When Mao Zedong rose to power after World War II, Americans lamented that they had “lost” China, when in fact they had never “had” it—only the dream of a nation conjured in the collective imagination. It was a dream that cost millions of Asian and American lives in World War II, Korea, Vietnam, and other Asian conflicts.

The China Mirage shows how the gap between American perception and reality in Asia has had disastrous repercussions. Focusing on the presidencies of Theodore Roosevelt and Franklin D. Roosevelt, Bradley explores the distorted domestic and foreign policy that has defined U.S.-China relations to the present day.

Asia-Pacific China-US Relations Thucydides Trap
printTweet
You might also like
Back to Top
CHINA US Focus 2022 China-United States Exchange Foundation. All rights reserved.