The Ends and Means of People to People Exchange

In today’s international affairs, “People to People Exchange” is a term that exists almost exclusively in U.S.-China relations. 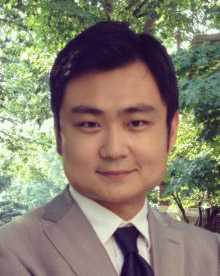 Inaugurated by Secretary Hilary Clinton and State Councilor Liu Yandong in 2010, the High Level Consultation on People-to-People Exchange (CPE) has been perceived broadly as a joint effort by Washington and Beijing to ease – or at least compensate for – a deteriorating state-to-state relationship. The underlying idea is simple: if the two governments are having a difficult time managing a bilateral relationship that is largely defined by the realpolitik between a status quo power and a rising power, then at least the two peoples may find greater common ground – through exchanges that state leaders would highlight through official events, such as the fifth round of CPE, held in Beijing last month.

I had the privilege to witness part of CPE 2014, which took place on July 9-10, coinciding with the Strategic and Economic Dialogue (S&ED), the annual bilateral talk between top administrators and advisors from Washington and Beijing. The main CPE event was held in the Great Hall of the People, where the run-down included a highly rehearsed performance by American and Chinese schoolchildren, who chanted slogans for “green living” and sang “We are the World”, a song I have had fond memories of until Mr. Chen Guangbiao performed his rendition this June for New York City’s poor – another example of people-to-people exchange, but perhaps at its bizarre extreme.

While sitting in the Golden Hall of the Great Hall of the People and observing diplomatic protocol at its best, I couldn’t help but wonder what purpose would, and should CPE indeed serve. Over 10,000 people travel across the Pacific on a daily basis. Wealthy Chinese families are sending their children to the U.S. for college, and increasingly, K-12 education. The peoples are “exchanging” in spite of government programs. Or perhaps the government-led CPE is expected to ultimately reduce the likelihood of conflict between the two nations, serving as a reminder to policy elites that the two peoples in fact get along well? Yet even if Chinese and American peoples would eventually get as close as peoples of Britain and Germany in 1939, history has proven that such friendship and mutual understanding rarely reduce the likelihood of armed conflict.

My role during CPE 2014 was to design and facilitate a U.S.-China Young Think Tank Scholars Dialogue – an event co-organized by the Brookings Institution’s John L. Thornton China Center and the Institute for China-U.S People to People Exchange at Peking University.  Instead of a roundtable discussion – which the think tank community in both countries has seen plenty of – the co-organizers decided to host a student simulation of US-China-African Union negotiations on poverty reduction, a framework I developed with colleagues at The Dialogue Group. During the simulation, Chinese and American students would role-play as officials from American, Chinese, and African institutions. They were tasked to negotiate a hypothetical agreement, in which the three parties would embark on a joint initiative that enables trilateral collaboration on health, development finance, and regional security in Africa. While this would be an extremely challenging, if not completely impossible undertaking in 2014 for real-world policymakers, our assumption is that such an overly idealistic scenario by today’s standards may become a real policy option for the next generation policy leaders.

Six brilliant students from Peking University, the University of Maryland, and Georgetown University participated in the simulation and took on roles they were not familiar with. For instance, two American students were asked to role-play as the Chinese ministers of Commerce and Foreign Affairs. Mutual understanding in this case is almost a prerequisite, as student negotiators were mandated to focus on the bigger picture – reducing poverty in Africa. After three hours of negotiations and expert advice from Brookings scholars Cheng Li and Richard Bush, as well as PKU professors Jia Qingguo and Li Anshan, the students were able to reach an albeit imperfect deal.

Facilitating and observing this exercise has led me to a renewed recognition of the true purpose of CPE. Indeed, government agencies may contribute little to the already frequent exchanges between peoples of the U.S. and China – but where they can add real value is to help young leaders in both countries focus on more important things, such as climate change, terrorism, disease, and poverty. In this sense, the chanting that echoed among the columns of the Great Hall of the People, while choreographically reminiscent of the PRC’s earlier years, did send the right signal – it is time for the American and Chinese peoples to work together and tackle global challenges that would otherwise be left unaddressed.

If this is the goal of people-to-people exchange, then indeed both the U.S. and China should find creative ways to facilitate cultural and policy communications, in order to minimize barriers to fruitful collaboration. To begin with, both governments can do a better job telling the stories of their peoples to each other. Instead of investing in short films featuring celebrities, or paying over $300,000 per month for a billboard in Times Square, the Chinese government may consider investing in the telling of human stories – for instance how a Beijing taxi driver works two shifts to put his daughter through college, or how an expert noodle maker in Shaanxi Province tried to pass the artistry onto his aspiring grandchildren. For the American side, more creative energy needs to be placed into explaining to an increasingly nationalistic Chinese public what is the true American story – despite buzzwords in Chinese media such as Prism, congressional stalemate or Super PAC.

Another endeavor both governments may consider is to create more opportunities for Americans and Chinese to take on collaborative projects at young ages, focusing on common challenges and perhaps downplay slightly the frequently used term of “mutual trust”. As any veteran participant of team building exercises would confess, trust is not something you can learn, you just have to trust – such as trusting that a teammate will catch you when you fall freely on your back. American and Chinese young leaders should assume mutual trust as a given – as did the six students during the negotiation simulation at Peking University – and focus on tackling common challenges, while in the process learn more about each other.

Finally, American and Chinese governments, businesses, and think tanks should keep innovating the way they communicate with each other, and to their respective constituents. A latest Gallop poll shows that 53% of American adults view China unfavorably, while the Chinese public share similar sentiments for the United States. In fact, a literal English translation of any comment thread under Chinese news articles related to the U.S. would probably convince an American reader who’s not a China expert that the Chinese public is ready to go to war with the States.

With the unprecedentedly narrow attention span people have in an era of highly fragmented information, stakeholders of both sides need to identify creative ways to educate the public – and reduce the unnecessary and unfounded animosity that exist between the two peoples. This effort, however, cannot be government driven – or at least not overtly. Instead, it would be more effective if governments would allow and create more room for civil society groups, businesses, and opinion leaders to play a role in a media arena that is both democratized and individualized.

Regardless of what students of Professor John Mearsheimer may suggest in terms of the future of U.S.-China relations, leaders of both countries are counting on a bilateral relationship that would defy the odds – and prove that the human race, with advancements in information technology and the ingenious foreign policy tools (such as CPE) it has created, has evolved beyond the tragedy of great power politics. History has given the United States and China a rare chance to make a difference in a troubled world – and let’s hope that CPE makes a genuine contribution to such an important purpose.

CPE People-to-People Exchange S&ED
printTweet
You might also like
Back to Top
CHINA US Focus 2020 China-United States Exchange Foundation. All rights reserved.