The Political Orientation of the 19th CCP National Congress 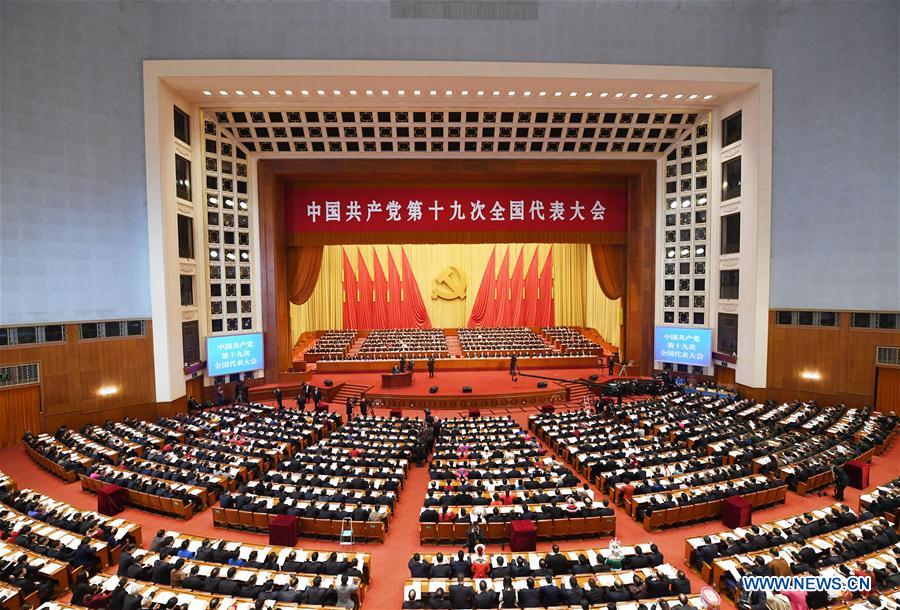 The Communist Party of China (CPC) opens the 19th National Congress at the Great Hall of the People in Beijing, capital of China, Oct. 18, 2017. (Xinhua/Zhang Duo)

Public discourse about the upcoming 19th Communist Party of China National Congress is rife with speculations about the party’s and its leadership’s political orientation. Though predictions of this kind can be intriguing, they can be equally misleading.

The CCP’s future orientation will likely be determined by the effectiveness of the central government’s policies over the past five years in promoting socio-economic development, dealing with challenges at home and abroad, and how the general public evaluates these policies.

Talk to any man on the street, particularly in Beijing where the people are known for their interest in current affairs, and chances are within 10 minutes you will hear praises of Xi Jinping’s anti-corruption efforts. Many may say that the ongoing anti-graft campaign was unimaginable five years back.

The most prominent change in the past five years is the shift in development focus, rejecting a blind pursuit of GDP growth in favor of supply-side reform. The CCP implemented market-oriented reforms in most state-owned firms. The result of this was that each year 10 million people were lifted out of poverty. In the age of big data and artificial intelligence, China has found itself ahead of the rest of the world in many fields. From buying a coffee to subscribing to a language training course, everything can be done in China on cell phone payment platforms. The first nation to use paper currency may soon become the first to stop using bank notes. In international trade, such grand strategies as the Belt and Road amplify Chinese investment and interests. With the national economy providing powerful drivers for global growth, the “Beijing consensus” and the “Chinese model” have attracted increasing international attention. While changing itself, China is changing the world, and its diplomacy is no longer low profile.

With such achievements, there is hardly any reason for the 19th CCP Congress not to continue following Xi’s ideas, which boil down to the omnipresence of state power. China faces numerous challenges on its way ahead. These problems include a resurgence of surplus production capacities, a short-term upsurge in financial risks, gaps in regional development, unfair distribution, an aging population, environmental degradation and depletion of natural resources, children being left behind in rural hometowns by parents working in cities, juvenile crime, urban diseases and a hollowing-out of rural communities, and unemployment. China faces a risk of failure as it attempts to avoid the “middle income trap”. China has managed to maintain political and social stability over the past five years despite profound changes in society. This success is due to Xi’s determination to upgrade state governance since he assumed the leadership of the CCP. Since his leadership has proven so effective, why should the 19th Congress seek to change it?

The last factor determining the 19th Congress’ political orientation is public endorsement. The general public has various expectations in this regard. The middle class have generally risen above material needs and are more concerned about spiritual ones (including supervision over public power). Other levels of society may continue feeling everyday pressures, like meeting their expenses. Yet preferential government policies in areas like housing and medical services have given them hope for a better life. Whichever stratum they belong to, all Chinese view chaos as undesirable. The emphasis on stability has offered a broad spiritual foundation for the 19th Congress’ political orientation.

It is thus reasonable to conclude that the 19th Congress will increase state authority and fulfill Xi’s “China Dream”.

The 19th CPC Party CongressCCPChina’s Leadership
printTweet
You might also like
Back to Top
CHINA US Focus 2022 China-United States Exchange Foundation. All rights reserved.