In Spite of Socioeconomic Gains, China Lags in Innovation

The 12th Five-Year Plan (2011-15) has been an extraordinary period in China’s historic process of reform and opening up. During the five years, amid a complicated domestic and international environment, China’s economy developed onto a stage of “new normal,” featuring a slower but sustainable growth. During the period, China gradually shed the impact of the global financial crisis, and deepened reforms in government administration, State-owned enterprises, finance, taxation and pricing mechanism. China also implemented a series of far-reaching strategies, including the “One Belt and One Road” Initiative, Internet Plus and Made in China 2025, kick-started a drive of mass entrepreneurship and innovation, and promoted the upgrading of the Chinese economy and manufacturing. More importantly, people’s living standard was remarkably improved. 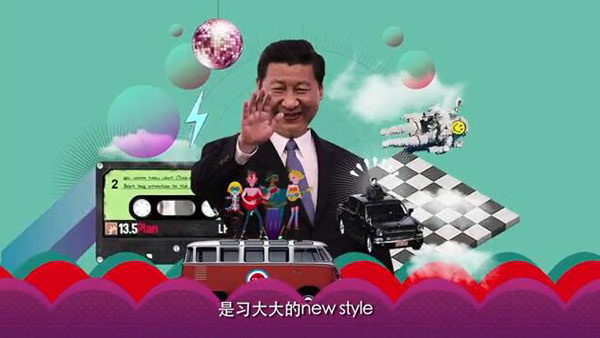 The economy maintained medium-to-high growth. During the five years, GDP growth averaged at about 7.8%, shifting gears from high-speed growth to a high-to-medium rate. Still, this growth rate was much higher that the global average of about 3.5%, and was also faster than the 5% growth registered by other emerging and developing countries. China kept its status as the second-largest economy in the world, and contributed 25% to global economic growth. In 2015, China’s GDP was about $11 trillion, about 15% of the global total, or about six percentage points higher than in 2010. Per-capita GDP in 2015 amounted to $8,000, registering an annual growth of about 7.3% from 2011 to 2015. Fiscal revenue maintained an average annual growth of about 12.5%, and foreign-exchange reserves were the biggest in the world, likely to hover around $3.36 trillion at the end of 2015.

The economic development was well-coordinated, with structure further optimized. From 2011 to 2015, the services industry outperformed the primary and secondary industries, rising by about one percentage point per year in its proportion in total GDP. Domestic consumption was playing a growing role in driving the economy. The final consumption rate rose from 49.1% in 2010 to 51.4% in 2014, and the contribution by final consumption expenditure to GDP also increased from 46.9% in 2010 to 51.6% in 2014. The rising domestic consumption effectively offset the impact on the Chinese economy by shrinking external demand. The urbanization drive was progressing smoothly, and by the end of 2014, China’s urbanization rate had reached 54.8%. With well-coordinated regional development, the regional disadvantages of the central and western regions were weakening.

People’s living standard was improving, and social security was strengthening. The fast rise in incomes of urban and rural residents was an important indicator of a rising living standard, and stable employment was the guarantee for rising incomes. From 2011 to 2014, a total of 51.19 million new urban jobs were created, far beyond the preset goals. Urban and rural residents’ incomes increased fast. In 2014, per-capita disposable income of urban residents was 28,844 yuan, an annual real growth of 7.9%; and rural residents’ per-capita income reached 9,892 yuan, marking an annual real growth of 10.2%. During the period, China has basically established a social security system covering both urban and rural residents, bringing 846 million people under the pension coverage of the social safety net or 80% of the total population. The coverage rates of other social insurances such as medical, unemployment and work-related injury also expanded. People’s health was improving and the average life expectancy has reached 75.

Fast development of infrastructure facilities and basic industries was propping up the economic growth. By the end of 2014, China’s railway network had reached a length of 112,000 kilometers, including 16,000 kilometers of high-speed railways, ranking first in the world. China’s high-speed railway is also making inroads in the global market, and has taken part in the high-speed railway construction in several countries. The fundamental role of agriculture was further consolidated. Grain output maintained an annual increase of 2.7% from 2011 to 2014, achieving bumper harvests for 11 consecutive years, and China’s production of grains, meat, cotton, peanut, tea and fruits was ranked the first in the world. With important achievements in basic researches, China’s innovation capability in technology was also growing. In 2014, R&D outlays accounted for 2.094% of China’s GDP, and the number of patent applications and approvals has been rising, adding strength to China’s innovation capability.

The opening-up drive was elevated to a higher level. During the five years, China sped up the building of an open economy and further expanded its opening-up drive. From 2011 to 2014, the annual average growth in foreign trade was 9.6%, and in 2013, China became the biggest trader of general merchandise. Services trade also developed fast, with value reaching over $600 billion in 2014. The volume of foreign direct investment in China amounted to $119.56 billion in 2014, leaping to the pole position in the world. China’s “going global” strategy was further implemented, and outbound direct investment also rose rapidly. In 2014, total ODI was $116 billion, striking a basic balance between FDI and ODI for the first time. From 2011 to 2014, the contractual value of overseas engineering projects and the business revenue grew by 11.6% and 9.3%, respectively.

However, we should not be carried away by these tremendous achievements made in socioeconomic development, and should remain sober-minded about some deep-seeded problems.

First, innovation is yet to play a driving force in economic development. During the 12th Five-Year Pan, innovation capability of Chinese enterprises did make big strides forward, but it has yet to become a powerful, inherent force in driving economic growth, and enterprises are still fairly weak in terms of research and development. Second, amid the deepening of reform and opening up in the past decades, China’s traditional advantage in low-cost labor has been weakening, the possibility for technological advancement by the means of foreign-capital utilization or technology introduction is becoming slim, and the resources and environmental pressure are building up. These are now the bottlenecks to economic development. Third, financial risks are emerging, overcapacity is denting companies’ profitability, the slowdown in local government revenue and the decline in land-sale incomes for local coffers could trigger a local government debt crisis, and the prolonged sluggish real estate market could result in a sharp rise in banks’ nonperforming loans. All these factors combined will increase the systemic risks for the entire economy. Finally, various social problems are intermingled, the imbalance in regional development is still a problem, reforms in social security and public service systems are still lagging, and corruption cases in the economic and judicial fields are discovered now and then. All these risks will also cast shadows over future economic development.

During the 13th Five-Year Plan (2016-20), which is still in the making, China should stick to the strategy of comprehensive reform in the social and economic sectors, actively adjust to the tune of “new normal” for economic development, have the confidence and courage to overcome all difficulties and problems, and build solid foundations for the realization of the Chinese dream.