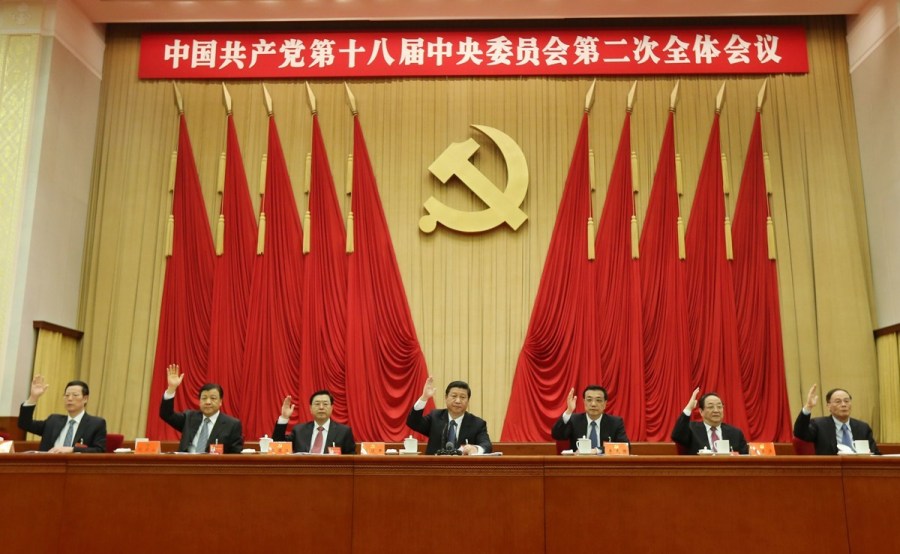 The average Chinese person probably knows more about the United States than the average American knows about China.

How does this affect Sino-US relations? It hinders American political leaders and the American public from updating their perceptions of the CCP and modern China as they evolve. It can lead to undue emphasis on the ideological differences between the two countries. A closer look at modern China’s history and politics, however, will reveal that the two countries have a great deal in common. The historical record shows striking examples when China and the US transcended their ideological differences and became close friends.

America’s first experience with the CCP was in the 1930s, not long after its birth on July 1, 1921. Franklin D. Roosevelt is believed to be the first US president who supported the CCP in fighting the Japanese invasion of China. His knowledge of the great contributions of the CCP, including its guerrilla warfare against Japanese aggressors, which helped bring about their defeat in the Second World War, had a lot to do with his relations with Edgar Snow, the first American journalist who interviewed Mao Zedong in 1936. Edgar Snow’s book Red Star over China actually helped President Roosevelt understand the CCP and China better. That book also later played into President Richard Nixon’s decision to visit China and work with Mao Zedong in 1972. That historic visit revived China-US relations and set it on the right track for future administrations. Since 2010, the CCP has set up regular high-level dialogues with both Republicans and Democrats to exchange ideas and views.

A China led by the CCP could be a close friend of the US as it is committed to upholding peace. The problem often lies with US political leaders’ outdated perception of the CCP. After the end of the Second World War and the Chinese Civil War, there was a heated debate in the US on “who lost China”. Amidst the struggle with the Soviet Union, McCarthyism arose in America, also known as the Second Red Scare, which lasted from 1947 to 1956. During this period, the US government suppressed Communists in America. Under this cloud, China and the Eastern European countries were viewed with suspicion because Communist parties held power there. Though the CCP tried to establish good relations with the US, it was unable to turn its well wishes into reality because of the fierce anti-Communist sentiment in America. President Nixon was probably among the first US leaders to discover the differences between the Communist parties in the Soviet Union and in China.

Third, the leadership of the CCP does not mean an authoritarian political system. The CCP is working very hard to build a socialist democracy in China, especially since its reform and opening-up policy in 1979. Governance of the country through the rule of law is now the country’s fundamental development strategy, and remarkable progress has been made. The CCP is working with eight other political parties to govern the country. A consultative democratic system is now playing a greater role in the country’s political life. The legal system is continuously improved. All law enforcement must be carried out according to the law, and citizens are protected under the law. The fight against corruption has made good progress. The 56-year old system of administrative detention, known as re-education through labor, was totally abolished in 2013. Freedom of speech is protected by the constitution. China is striving to create a political environment where democracy is practiced with necessary centralism, people enjoy freedom while observing laws and regulations, and the country observes unity and stability while people enjoy individual freedom and creativity. This system is not perfect yet, but it is being improved to benefit the majority of people.

The CCP’s mission is to work entirely in the interests of the people. It is fully aware that its power is given to it by the people and that it must hold itself responsible to them. President Donald Trump said in his inaugural address that what truly matters is not which party controls the government, but whether the government is controlled by the people. Nearly every ruling party in the world claims its power belongs to the people. But how to implement this principle so that the people benefit is an issue on which people may have different ideas. The CCP and political parties around the world, including in the US, should continue to have frank discussions and exchanges on it.