From Rome to Dubrovnik: Chinese Diplomacy Bridges More Than Just the Adriatic 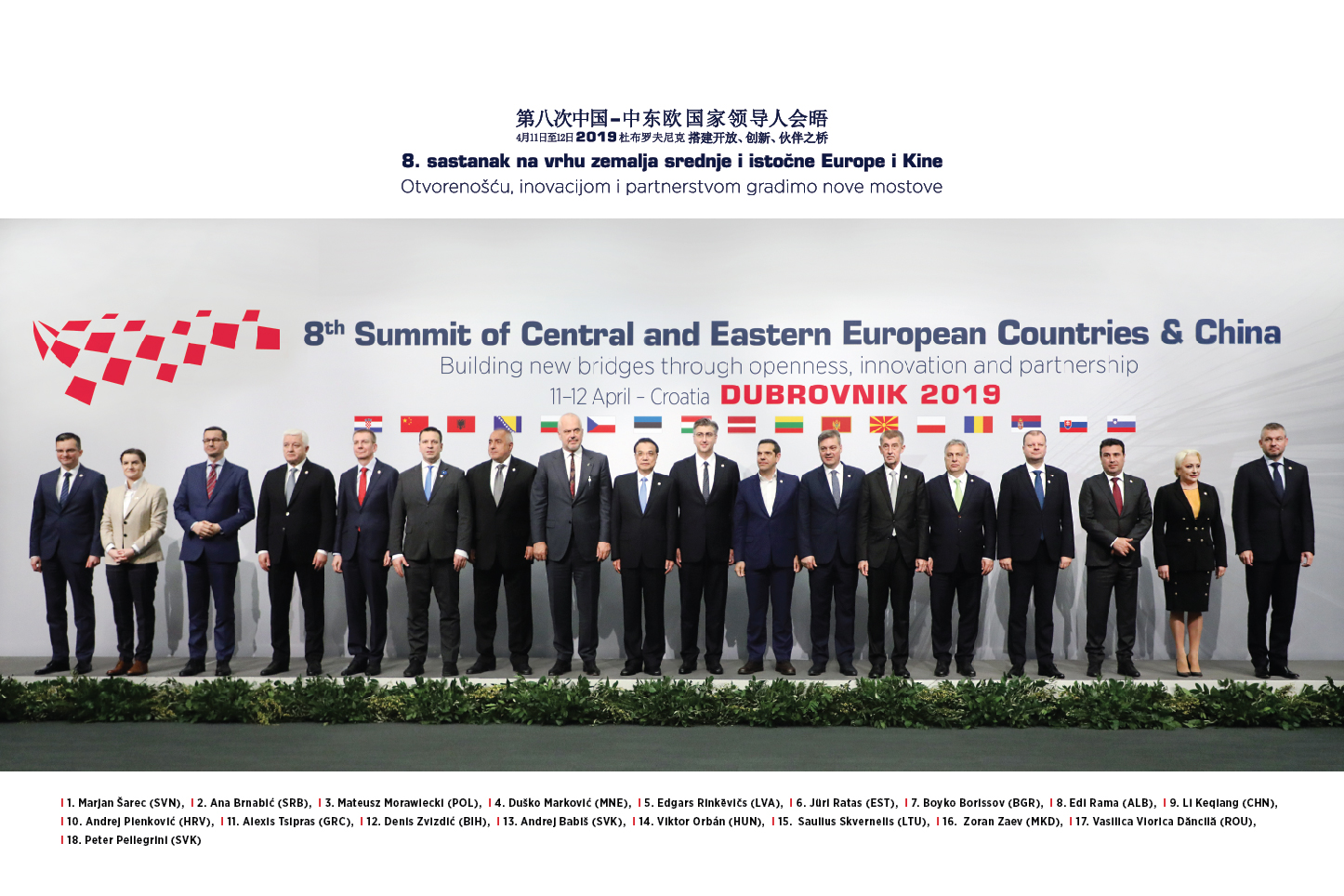 The redistribution of economic and political power is changing foreign and trade policy throughout the globe, and especially in Europe. In commenting on Greece’s decision to join China’s 16+1 initiative, Prime Minister Alexis Tsipras, labeled it a “crucial moment for global and regional developments…” in which “we have to leave behind the crisis and find new models of regional and global cooperation…” with “full respect” of European Union guidelines and standards. Cooperation between China and the Central and Eastern European Countries (CEEC) now integrates the entire Balkan Peninsula and is shifting European policy in the rapidly changing liberal international order.

The 8th China-CEEC Summit, held earlier this month in Dubrovnik where HBO often films Game of Thrones, welcomed Greece as its 17th member, less than a month after President Xi Jinping visited France and Monaco and signed a memorandum of understanding (MoU) with Italy concerning the Belt and Road Initiative (BRI). While the newly expanded 17+1 undoubtedly operates within the widely accepted framework of the BRI, the 17+1 initiative attracts criticism for overpromising on investments and prioritizing Chinese labor under questionable environmental standards, compared to the more stringent EU regulations. Europeans also accuse the Chinese government for failing to allow reciprocal access to Chinese markets. Other critics fear that the less wealthy states of Central and Eastern Europe might become too dependent on Chinese banks without being able to pay off future debt, and more recently, opponents warn that Chinese-supplied internet networks are vulnerable to cyber espionage. However, the Dubrovnik summit is more than just a diplomatic thumbtack on the regional map after a recent Sino-Italy accord - it is a forum for real bridge-building in several key ways.

First, the 17+1 initiative further integrates the CEEC and Western Europe under the BRI, with hopes of configuring world trade to China’s national interests and benefiting all parties involved. The CEEC functions as a future unloading region for Chinese goods before they travel into western markets, and newly constructed or renovated transport lines will likely benefit the entire continent. The program also allows for cooperation between EU candidates or applicants and existing EU member countries. Second, it serves as a platform for regional rivals to share economic and transport interests and enhance cooperation beyond narrower interests. Third, like the Pelješac Bridge in the host country of Croatia, CEEC-China cooperation genuinely allows for investment in significant infrastructure projects for countries in need. The theme of the summit, “Building Bridges of Openness, Innovation, and Partnership” further reinforces the claims above.

Connecting Europe From East to West

The 17+1 initiative contains 12 EU member states, six of which are part of the Eurozone, four EU candidate countries, and one EU applicant. While the Chinese vision for Europe may deviate from plans for the global order sketched throughout the 20th and 21st centuries, Beijing’s investments are not going anywhere, and the sooner Europe develops a consistent consensus on the BRI and direct Chinese investment, the better. Greece’s entry into the group morphs the collection into a broader initiative beyond post-communist and post-socialist states. The decision to include Greece also indicates to the EU that the 17+1 is an inclusive project and not one designed to pin blocs within the EU against one another. While some Eurocrats are suspicious of the summit, Premier Li Keqiang firmly stated that China intends “to fully respect European standards.”

The successor states of the former Yugoslavia are all members of the 17+1 Initiative, and the CEEC-China summits allow for previously warring nations to participate in economic and investment-focused cooperation. While the bloody breakup of Yugoslavia resulted in many disagreements between Croatia, Bosnia, and Serbia, the three can find common ground within the 17+1. Belgrade hosted the 2014 16+1 summit, and the meetings provide an additional venue for countries to cooperate on pragmatic economic and infrastructure issues.

Recent reconciliation occurred when Prime Minister Tsipras, in a letter to North Macedonia’s Prime Minister Zoran Zaev, declared that Greece wanted to play a more active role in the region before officially joining the group on April 12th. Concerning the 27-year name dispute between Greece and North Macedonia, Beijing used its economic influence to coax both parties into a settlement with promises to connect the Greek port of Piraeus through Athens with Macedonia. The route will head north from Skopje to Belgrade and west to Budapest via high-speed rail toward the markets of Western Europe. While benefiting Chinese exports, the BRI and 17+1 aim to foster a win-win environment through its infrastructure and transport projects. Tsipras also met with his Albanian counterpart, Edi Rama, at the summit in Dubrovnik, where they discussed maritime and border disputes, a real-world example of the BRI and 16+1 serving as a platform for narrower cooperation among European neighbors.

Strategically, Croatia and the entire Balkan Peninsula represent a geographical crossroads vital to both the maritime and continental Silk Roads, and Chinese firms are providing cash to fill development gaps in the Western Balkans. The Pelješac Bridge in Croatia, which will connect Dubrovnik–Neretva County with the rest of the coast by circumnavigating Bosnia’s sole shore town of Neum, is being built by the China Road and Bridge Corporation (CRBC). The European Union financed 85 percent of the project, while the Croatian government covered the remainder, and in many ways, the construction of Pelješac synthesize Croatian, EU, and Chinese interests. Chinese business concerns have been particularly active in Croatia throughout April with six agreements between Beijing and Zagreb and four in Dubrovnik. The agreements addressed agriculture, commerce, digital economies, education, harbors, railways, sports, technology, and tourism, all within the context of the BRI. The China Road & Bridge Corporation also signed an MoU to assist in the realignment of the Rijeka-Zagreb railway line, and the China Railway Eryuan Engineering Group Co. will work to develop intermodal transport corridors, freight terminals, and logistics centers to modernize the lines of the Adriatic port cities of Split, Šibenik, and Zadar. Croatia formally endorsed and signed an MoU on bilateral cooperation in the framework of the BRI back in 2007, and trade between the two countries from January 2018 to November 2018 totaled $1.39 billion. 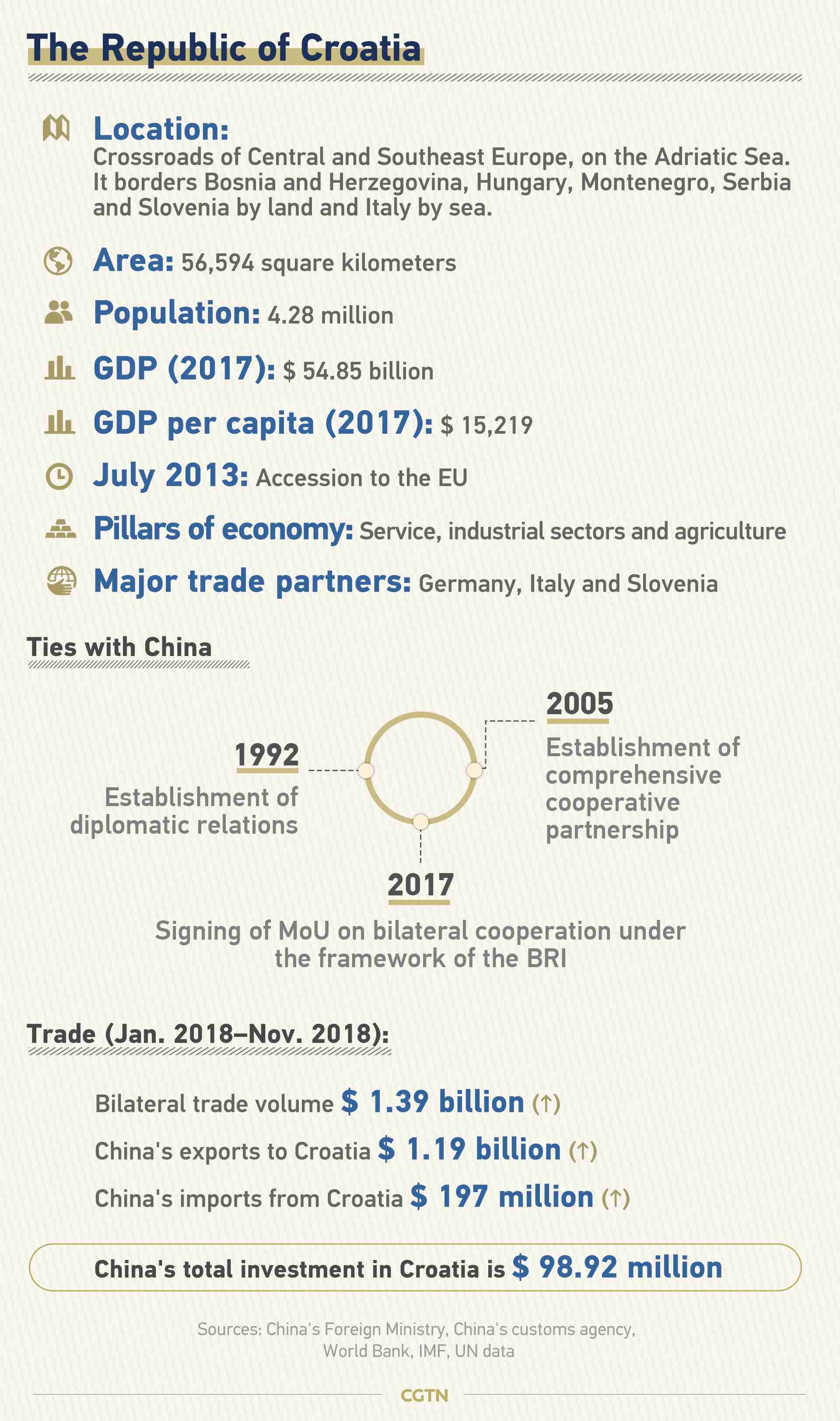 In neighboring Bosnia, Chinese loans will pay for the renovation of a coal-fired power plant in the city of Tuzla. While concerns surrounding environmental impact, state aid, and public procurement procedures exist because of Bosnia’s EU membership bid, Fadil Novalic, Prime Minister of the Federation of Bosnia and Herzegovina suggested that Bosnia has “not had such an investment in 40 years.”

While both the BRI and 17+1 should remain vulnerable to criticism, projects like the Smederevo steel plant, Pupin Bridge, and the Kostolac thermal plant in Serbia, along with highway construction in Montenegro, and the Port of Piraeus in Greece, are genuinely assisting benefactors. Croatia through the 17+1, like Italy through the BRI, is seeking to revitalize vanishing industries and population centers. Recently in Slavonia, one of the four historical regions of Croatia, Chinese businesspeople met in the city of Osijek to search for opportunities for cooperation and investment with local agricultural and transportation industries. Even within a small country like Croatia, Chinese investment is attempting to connect impoverished or isolated regions, and while in 1992 Croatia looked to the west for support in its case for independence, now Zagreb looks to the east for financial capital to revive its industries. From Rome to Dubrovnik, Europe and the world are indeed changing.

Belt and RoadChina-CEEC
printTweet
You might also like
Back to Top
CHINA US Focus 2022 China-United States Exchange Foundation. All rights reserved.