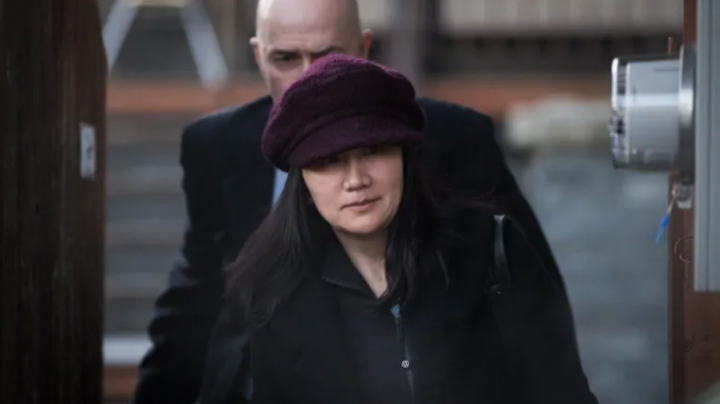 On March 1st , the Canadian government approved proceedings to extradite Huawei CFO Meng Wanzhou to the U.S. according to the Treaty on Extradition Between the Government of Canada and the Government of the United States of America. This approval leaves Ms. Meng’s future in the hands of Canadian courts until a legal decision is made as to Ms. Meng’s innocence or guilt.

According the Canadian Ministry of Justice, extradition in Canada is guided by the Extradition Act, international treaties and the Canadian Charter of Rights and Freedoms, which enshrines constitutional principles of fairness and due process.

In short, this means Ms. Meng will face a Canadian judge who will examine the merits of the extradition case. In this transparent and apolitical process, Ms. Meng’s extradition can only occur if her actions are found to be criminal in both the United States of America and in Canada.

While the extradition is not a forgone conclusion, it is highly likely due to the apolitical nature of the Canadian legal system.

The decision to arrest and now begin the proceedings for extradition has drawn the ire of China. The detainment diplomacy resulting in the arrest of Michael Kovrig and Michael Spavor in early December 2018 as an alleged retaliation for the initial arrest in Vancouver has moved to a different phase after the two were charged with acting together to “steal state secrets and intelligence,” according to the Communist Party’s Central Political and Legal Affairs Commission.

The treatment of both Kovrig and Spavor have been egregious when we compare their treatment to Ms. Meng’s in Vancouver. With access to lawyers and consular officials, she enjoys bail, freedom to move around Vancouver during the day and the protection of the Canadian legal system.

These actions by Beijing are impacting China seriously with reputational costs as Canadian scholars, former diplomats and businesses rethink their engagements with China for fear of politically motivated arrests.

Disengagement is not only limited to Canada. Australians, New Zealanders, Japanese, Europeans and others that have relationships with China are voicing their shared concern over the politically motivated arrest of Kovrig and Spavor. They are also increasingly concerned that the intensification of the Sino-U.S. rivalry will leave them vulnerable bystanders, wedged between an important trading partner (China), and their longstanding political, economic and security partner (U.S.).

The Meng case illustrates the precariousness that U.S. allies must face when balancing their relations with the U.S. and China. The U.S. demand for Meng’s arrest and its naivety about China’s track record of detainment diplomacy to achieve political objectives has placed the Canadian government in an unenviable position. Simultaneously, it has significantly damaged China’s image in Canada but also any prospects for a Canada-China FTA in the future.

At the same time, Sino-U.S. competition has anchored Canada to a NAFTA 2.0 agreement (United States-Mexico-Canada Agreement) that gives the U.S. veto power to prevent Canada (and Mexico) the right to sign an FTA with a non-market-based economies according to Article 32.10.

Canada’s experience raises critical questions for states that are both allie of the U.S. and states that have strong trading ties with China, such as Australia, Japan, and South Korea. Those states need to consider what demands the U.S. may have on their partnership and how those demands could negatively affect their bilateral relationship with China and potentially usher punitive political-economy tactics.

South Korea experienced this balancing dilemma with the THAAD instalment in 2017 and the subsequent economic coercion tactics that followed. After THAAD, China banned Korean entertainment performances in the mainland, sales of certain South Korean products such as air purifiers, high-tech toilet seats, and cosmetics by citing coincidental safety concerns, and sales of tour group packages to South Korea.

Growing U.S. pressure for its allies to ban Huawei’s 5G technology will place many countries in awkward positions vis-à-vis their bilateral relations with China. Worse still, like the NAFTA 2.0 agreement, the U.S. may insert clauses in agreements requiring partners to ban Huawei technology or other Chinese technology giants from their economies.

We should expect a strong response from Beijing if this does come to fruition as it would directly and negatively impact China’s Made in China 2025 policy to transform its economy away from heavy manufacturing and toward high technology, services, and robotics, enabling it to shift away from its current economic growth model.

Based on the Canadian and South Korean experiences, China’s response towards Meng Wanzhou’s extradition are a bellwether of the difficult choices middle powers are going to face as the Sino-U.S. rivalry intensifies.

While the choices of middle powers may be limited, forging partnerships with other like-minded middle powers such as Australia, New Zealand, South Korea, Canada, Japan, or EU members may create enough diplomatic weight and collective support to minimize the inevitable turbulence that will come as the U.S. and China recalibrate their relationship.

HuaweiInformation Technology5GCyber WarU.S.-China Rivalry
printTweet
You might also like
Back to Top
CHINA US Focus 2022 China-United States Exchange Foundation. All rights reserved.