Trump’s Bullheaded Protectionism Will Endure Until He Falls 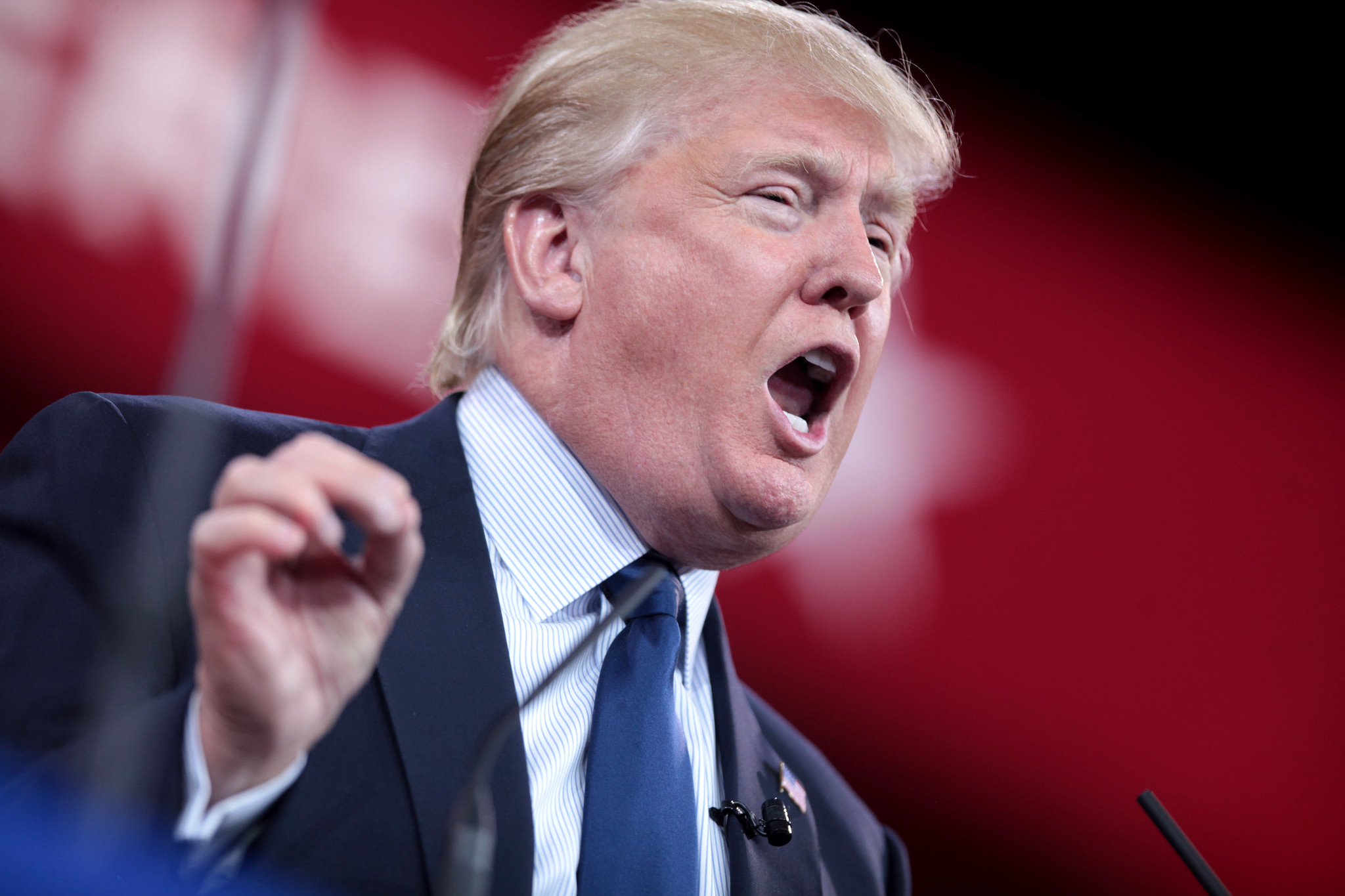 Now that President Donald Trump seems determined to implement his protectionist trade strategy against much of the world, people are starting to speculate about the end game. What does he want? What is the grand bargain that will end this slide into protectionism? His supporters are ecstatic as they expect that he is about to prove all the critics wrong when China, Europe, Canada, Mexico, and Japan admit they were wrong to dare to hoodwink America and finally cave in, making America great again. Wary opponents keep thinking “can he really be serious?” They expect Trump to give up and abandon his tariff war at the first sign of trouble.

Both sides are blinded by wishful thinking. Both sides are also deluded by wrong-headed theories, not the least, Trump himself. This trade war pits powerful tendencies of global commerce against the stubborn ideas in an old man’s brain. This is unlikely to end with a compromise solution because there is no compromise that can reconcile a misfit theory with the real incentives of an immense global business establishment. This protectionist turn will end only with the Trump administration itself, be that sooner, by impeachment, or later, by the verdict of the voters.

First of all, we must be clear. Trump does not believe in free trade. He believes in “fair trade,” by which he means trade that roughly balances imports and exports between every pair of countries. However, anyone who understands either economic theory or history will know that this is an impossible goal without the most systematic government intervention, including not only strong tariffs but also rigorous foreign exchange controls. Free trade does not naturally balance. The trade balance is the outcome of thousands of independent self-interested decisions by capitalists about where to buy and sell and even where to invest their capital. Forcing it to balance is like forcing prices never to move. It is not a natural result of capitalist trade.

The U.S., for most of its history, has run a trade deficit. The reasons are closely tied to capital flows, not to predatory trading partners. The U.S. was in chronic deficit during its first century or so because it was a huge country needing to import massive amounts of capital and goods from capital surplus European countries to develop the continent’s extensive resources. Latin America and most other developing countries show a similar profile. The only time in its early history when the U.S. trade balance reversed into surplus was during major global financial crises when Europe’s largesse temporarily collapsed. The U.S. trade balance during its first century and a half did not balance despite sometimes high tariff levels that according to Trump’s idiocy ought to have promoted greater “fairness.”

The only period during which U.S. trade was often in surplus was the extraordinary half century including the two world wars and their aftermath when Europe contrived to disrupt its capital accumulation by fratricidal warfare. The rebuilding of Europe after both world wars reversed the historic flow of capital so that the U.S. became, for the only time in its history, a perennial capital exporter running a positive trade balance. When Trump argues to “Make America Great Again,” he must be thinking of the time in his youth when America was great because Europe prostrated itself through two devastating wars.

Now not only is Europe back, but so too is Asia. As recently as the eighteenth century, China was a massive economic powerhouse producing about half of the world's steel, along with a great variety of other goods. Europe did not much notice because most of China’s great output was consumed internally. However, trade with China was not trivial. The famous “Boston Tea Party” that launched the American Revolution pitted the right of Boston merchants to trade with China against the monopoly privilege of the British East India Company. Trade with China was making history even then.

The U.S. trade balance has again been in chronic deficit during recent decades, but not principally because of predatory trade partners as Trump believes. Once again, the U.S. has become a massive importer of foreign capital, but this time Chinese, Japanese, and Arab oil producers are financing U.S. government debt more so than Europe. This inward flow of capital pays for the net inward flow of goods. Tariffs will not rebalance trade unless the incentives for the flow of capital are also reversed.

There are two main reasons why the U.S. is a sponge for foreign capital today. First is the attractiveness of U.S. assets, not only financial but also real estate, as a store of value for foreigners. U.S. financial assets are popular abroad because U.S. markets are often considered more fair, stable, and buoyant than those in other countries. U.S. real estate is popular abroad, as Trump surely knows, not only as a reliable store of value, but also as an attractive vehicle for laundering money and a possible safe refuge if foreign exile is necessary.

The second reason foreigners send vast capital reserves here is to buy safe U.S. Treasury bonds because the U.S. government budget is chronically in deficit but pays such a low interest rate on bonds that few domestic investors want to hold them (except financial companies as liquid reserves). Foreigners buy Treasuries largely because they believe these dollar-denominated assets will hold their value compared to those priced in foreign currencies like the Chinese RMB. Foreigners wisely trust Wall Street and the U.S. Federal Reserve system to uphold a strong dollar.

Trump’s recent massive tax cut for the rich and corporations only increases the attractiveness of the U.S. as a destination for foreign capital and increases the U.S. government’s need to borrow abroad to fund its growing deficit. Therefore, Trump’s tax and fiscal policies guarantee that his tariff policy must fail. At this point, the only way the U.S. could restore its trade nearer to balance would be to have a massive financial collapse that undermines foreigners’ faith in dollar assets. Of course, Trump would be unlikely to survive politically the dire consequences of such a crash.

China-US TradeTrade WarProtectionism
printTweet
You might also like
Back to Top
CHINA US Focus 2020 China-United States Exchange Foundation. All rights reserved.