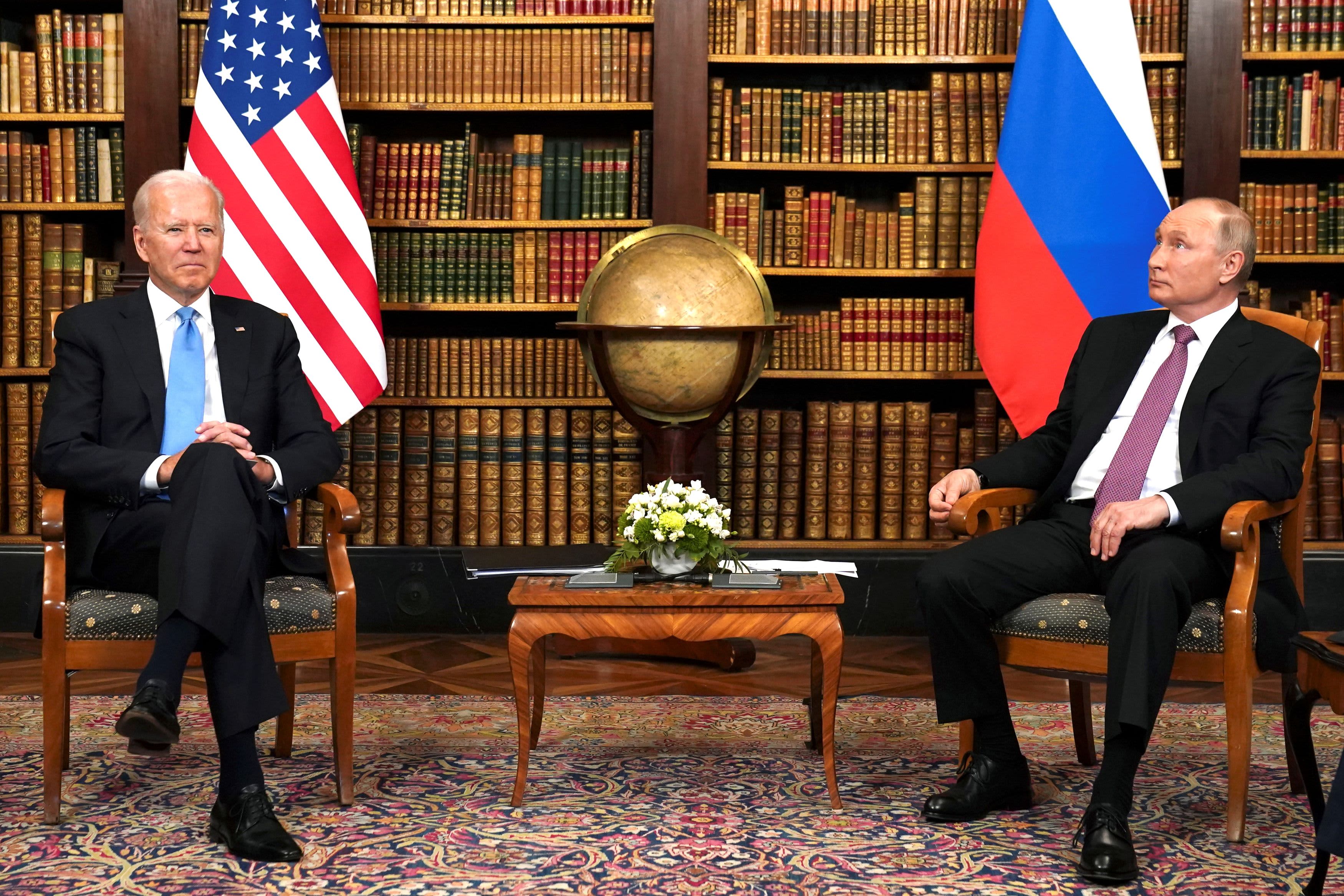 The Russia-Ukraine conflict has reshaped U.S. President Joe Biden’s Russia policy. How should one evaluate the adjustment? And what are the implications for Europe and China?

At the beginning of the Biden administration, U.S. policy toward Russia was pragmatic and rational. Instead of pursuing a “reset,” as previous administrations did, Biden has put more emphasis on building a “stable and predictable” relationship with Russia. Therefore, the administration’s task in bilateral relations was disinfection and damage control — especially after his predecessor’s Russiagate scandal — to minimize the impact of U.S. domestic politics on the relationship.

The Biden administration has sought to stabilize U.S.-Russia relations through diplomatic activities and arms control cooperation. Biden met with Russian President Vladimir Putin in Geneva on the last stop of his June 2021 trip to Europe. The meeting was conducive to facilitating strategic communication and reaching a number of understandings, including engaging each other in an integrated dialogue aimed at stability.

Arms control has been a precious field of cooperation. Early in Biden’s term, the two sides agreed to extend the New START nuclear arms control treaty until 2026. Following the meeting between the two presidents in Geneva, the countries launched the Strategic Stability Dialogue, which has completed three rounds as of January, with some tangible results.

The U.S. has at least two goals in trying to bring about change in Russia. The minimum goal is to force it to change its policy toward Ukraine as soon as possible. The maximum is to promote regime change in Russia, as reflected in Biden’s supposed slip of the tongue during his March 2022 visit to Poland — the moment he said that Putin “cannot remain in power.”

Changes in strategic goals lead to specific policy adjustments. The United States has intensified its extreme pressure on Russia. On the economic front, the U.S., together with its allies and partners, has imposed what they say are devastating sanctions on Russia covering a wide range of areas. In finance, some Russian banks were kicked out of SWIFT, and certain assets were frozen. In trade, the Biden administrative banned imports of Russian energy resources and new investments in Russia’s energy sector. Even sports and culture have been affected, as Russian personnel were banned from participating in many events.

On the military front, although the U.S. has repeatedly stressed that it will not send its own troops to Ukraine, it has taken the opportunity to activate NATO and strengthen deterrence against Russia by increasing the forces on NATO’s eastern flank. In March, Biden made his third trip to Europe and attended a NATO summit to reaffirm America’s commitment to the alliance. In response to the changing crisis in Ukraine, NATO leaders agreed on the establishment of four additional multinational battle groups, in Bulgaria, Hungary, Romania and Slovakia.

The U.S. has been quick and decisive in adjusting its policy toward Russia not only because of the Russian-Ukrainian conflict itself but also because of the long-accumulated structural problems between the U.S. and Russia. This is also the fundamental reason the essence of the bilateral relationship has never improved, despite several rounds of resets.

As American scholar Robert Kagan wrote recently, “Russian decisions have been a response to the expanding post-Cold War hegemony of the United States and its allies in Europe.” Whether the U.S. intended to promote a provocative post-Cold War expansion of NATO to the east, or whether Central and Eastern European countries were attracted by the U.S. to join NATO, it’s a fact that NATO continued to squeeze Russia’s perceived strategic space, stimulating an ongoing sense of insecurity.

The U.S., so sensitive to European geopolitics, is not playing an innocent role in the Russia-Ukraine conflict. The conflict will only make it more difficult for U.S.-Russia relations to break the impasse and achieve strategic reconciliation.

The Biden administration’s adjusted policy toward Russia will also have an impact on Europe and China. Europe is a direct victim of the Russia-Ukraine conflict, suffering far more than the United States. Europe’s policy has followed the U.S. in making a significant shift. However, Russia is a neighbor that Europe cannot move away from. From a longer-term perspective, Europe does not want the West’s relations with Russia to be completely deadlocked and it’s reluctant to bear the cost of deteriorating relations.

On the issue of sanctions against Russia, Europe and the U.S. are maintaining basically the same pace, but in specific measures, especially in the energy sector, there are large differences. This is because Germany and other European countries have closer energy ties with Russia, and these countries are unable to diversify their energy resources in a short period of time. Moreover, they are unwilling to support Ukraine at the expense of their own people’s living standards.

The flexibility of European policy toward Russia will be greatly weakened. Although the Russia-Ukraine crisis will not dampen Europe’s desire for strategic autonomy, Europe at the moment is only becoming further bound to the U.S. As the U.S. continues to solidify its policy toward Russia, Europe will be tied to the U.S. chariot, and the deterioration of U.S.-Russia relations will make it difficult for EU-Russia relations to recover.

The impact on China will be even more complicated. Before the Russia-Ukraine conflict, the U.S. adopted the strategy of “fighting with two fists,” viewing both China and Russia as major strategic competitors. After the start of the conflict, the U.S. strategy of tying China and Russia together to exert pressure has become clearer, shifting from implicit strategic design to explicit policy advocacy — an attempt to smear China and Russia as a new axis of evil and hoping to induce other countries to see China through the filter of the Russia-Ukraine conflict.

The long-term, comprehensive nature of America’s competitive strategy toward China will not be changed by the Russia-Ukraine conflict, nor by the adjustment of U.S. policies regarding Russia. The U.S. and Europe are indeed giving some positive indications about China, hoping that it will play a constructive role in resolving the conflict. This might open a window of opportunity for China-U.S. relations and China-Europe relations.

However, if the Russia-Ukraine conflict settles into a state of prolonged crisis — and as America’s initial investment in Ukraine and Europe is gradually put in place and Europe increasingly gets beyond its current state of panic — the next strategic competition for the U.S. will not focus on Russia in the Eurasian region. The focus will continue to be on China in the Indo-Pacific region.