Competition and the Coronavirus 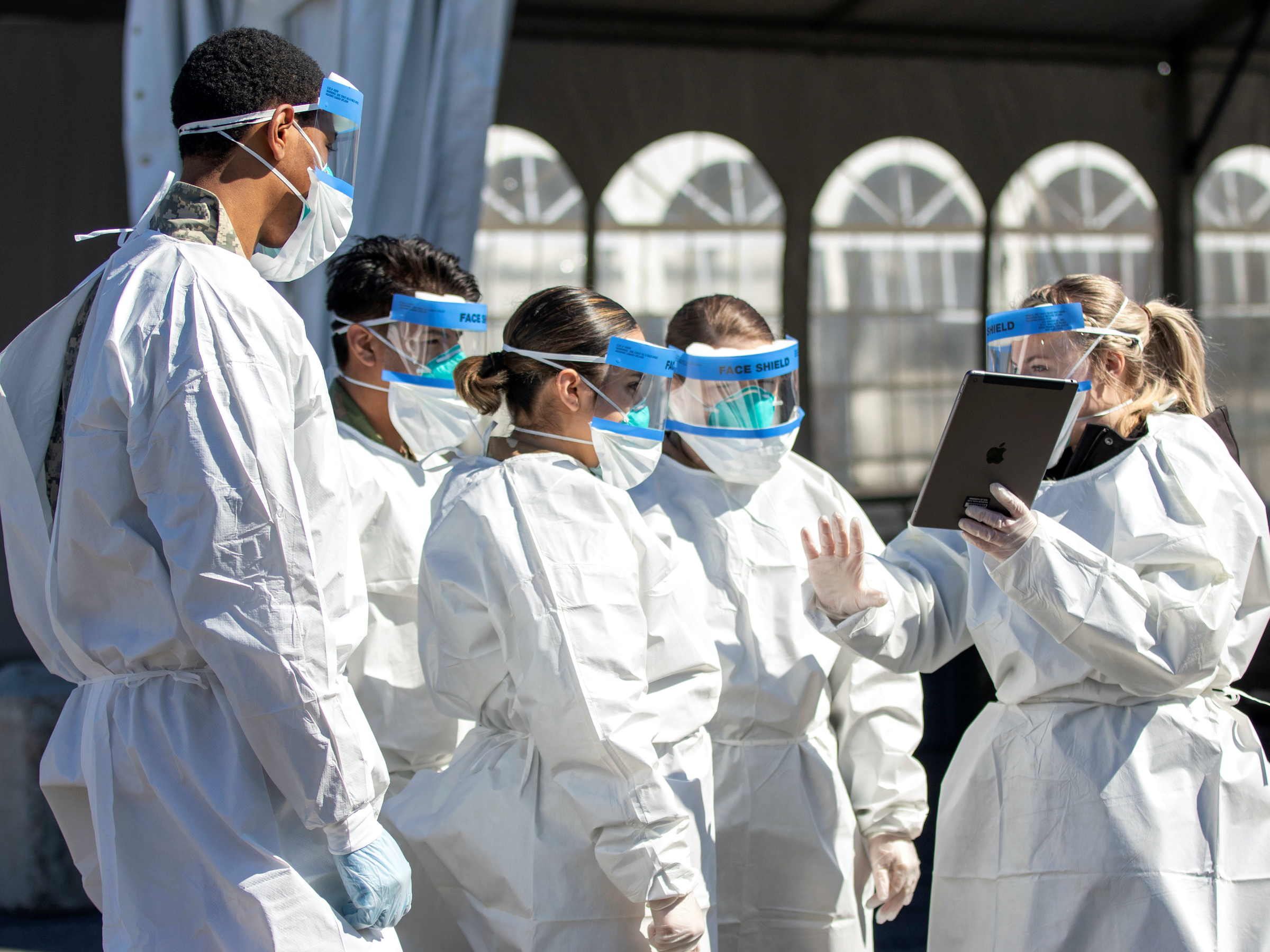 Unfortunately, instead of the devastating global coronavirus crisis bringing the United States and China together to battle a common scourge and support each other’s societies, the crisis has once again revealed the semi-adversarial nature of their relationship and the deep distrust between the two governments. The crisis was — and still could be — an opportunity for the two powers to put aside competition and suspicions and together confront an existential threat to both nations and the world.

From the beginning, crisis management has been undertaken primarily independently amid mutual accusations, finger-pointing and recriminations. This has included (correct) American denunciations of the initial cover-up of the outbreak in Wuhan by the Communist Party of China. Since then, the two sides have traded sharp barbs in news briefings. Both sides have indulged in conspiracy theories about the origins of the virus, with China’s Foreign Ministry spokesman Zhao Lijian peddling the unsubstantiated claim that the U.S. Army released the virus in Wuhan during the World Military Games in October (a theory retweeted by several Chinese ambassadors abroad until it was tamped down by Cui Tiankai, the country’s ambassador to the United States), while some on the U.S. side have suggested that the virus leaked from a Chinese biological weapons laboratory in Wuhan. Instead of the two governments reaching out to work with each other, conspiracy theories emerged.

This reveals just how deeply dysfunctional the Sino-American relationship has become. When the crisis finally abates, the U.S.-China rivalry will be even more apparent as the primary defining characteristic of world affairs. Historians may even look back on the crisis as the transition point from American to Chinese leadership in times of global crises (at least humanitarian ones). This is because the United States has been totally preoccupied with trying to manage and contain the outbreak of the virus inside its borders. The profound ill-preparedness of the U.S. in terms of public health resources has further undermined any idea in the Trump administration that the country should exercise global leadership and contribute to other nations’ considerable coronavirus challenges.

Until Secretary of State Mike Pompeo’s March 25 video discussion with G-7 foreign ministers, there had been no international initiatives emanating from Washington. Pompeo revealed that the U.S. military had sent a C-130 aircraft with supplies and set up a field hospital in northern Italy, a welcome but minimal development.

To date, most everything has been about “America first” — coping with the crisis in the homeland, evacuating Americans from foreign countries and hoarding supplies. This comes against the backdrop of four years of President Donald Trump’s disdain for international multilateralism. His fixation has been 100 percent domestic. This is not the behavior of a global leader.

While the need to cope with the immediacies of the crisis at home is certainly understandable, this forsaking of global leadership is unprecedented for the United States over the past 70 years. Time and again since World War II — and covering a wide variety of humanitarian crises — it was the United States that mobilized international coalitions, institutions and resources to cope.

When the current devastating global scourge finally dissipates, the world will remember those that stepped forward to help when they themselves were suffering (and these need not be mutually exclusive for a nation as large and powerful as the United States). In America’s absence, China is doing this, much to its credit. In recent days, the Chinese government has sent planeloads of tons of public health supplies (masks, gowns, ventilators and medicines) to Italy, Iran, Iraq, the Netherlands, Serbia, Hungary and the Czech Republic, Ukraine and others, with more nations to come. Jack Ma’s Alibaba itself has reportedly delivered supplies to all 54 African states and has offered the same for the US.

While the United States government did send 38 tons of relief supplies to Wuhan on the chartered aircraft that evacuated U.S. diplomats and citizens, this was not systematically followed up. (Nor was it publicly acknowledged by the Chinese side.) As the crisis emerged across Europe in February and March, the United States and its NATO allies could have invoked Article V and the U.S. military could have dispatched doctors and medical equipment to its allies in Europe. It is not too late for this to happen. While civilian healthcare workers struggle to cope with the crisis at home, together with the mobilized National Guard, the U.S. military can be deployed into European and other societies from their forward bases overseas.

Given America’s failure to rise to the global challenge and fill the leadership vacuum in a time of need, Beijing has stepped up. This will likely have significant implications for the global “balance of influence,” if not the balance of power, between the U.S. and China, once the crisis abates. American commentators Kurt Campbell and Rush Doshi recently observed that this could turn out to be America’s “Suez moment,” after which the world will decidedly look upon the United States as a selfish and declining power, while China will be viewed increasingly as a magnanimous and responsible international power that contributes to the public good. While certainly an overstatement in each case, this meme is already emerging and may take hold globally.

Regardless of the international outcome, the coronavirus crisis will only further cement the perception in the American and Chinese governments and societies that the other is an untrustworthy adversary. In the U.S., this will only be further fueled by the anti-China rhetoric anticipated during the presidential election campaign during summer and autumn.

This is by no means to suggest that there are not multiple valid reasons for the U.S. to view China suspiciously (and vice versa), but the Sino-American competition for global influence and soft power could swing in China’s favor if the United States abdicates its long-standing international leadership.