Nowhere Near Shangri-La: Southeast Asia in the US-China Rivalry 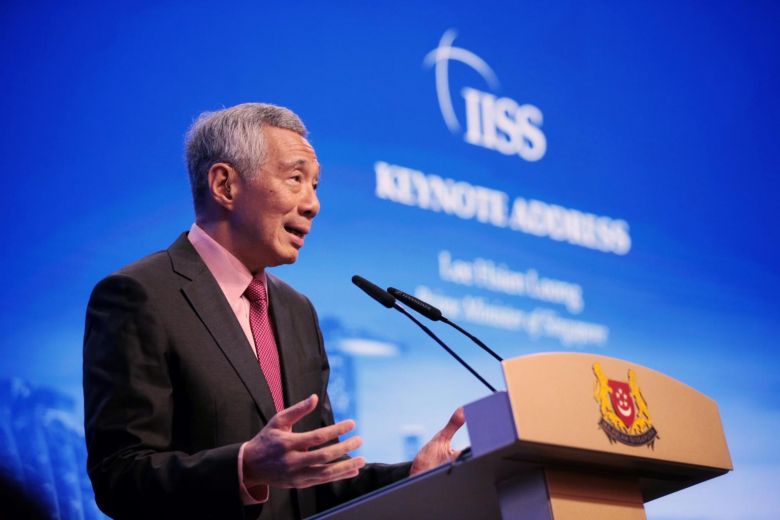 At the last 18th Shangri-La Dialogue, Singapore Prime Minister (PM) Lee Hsien Loong gave a prescient analysis of where his country and, in large part, the rest of Southeast Asia stand in the intensifying US-China rivalry. With China as its biggest trade partner and emerging infrastructure financier, and U.S. as its longstanding security provider and key investor, the escalating rivalry is creating serious dilemmas for regional countries.

While noting the stresses and strains building up between the two powers on a myriad of issues, PM Lee argued that there is no strategic inevitability for a face-off. Aside from offering valuable advice to both Washington and Beijing, the eldest son of Singapore’s first Prime Minister, Lee Kuan Yew, also underscored the role that small states can play despite obvious constraints.

PM Lee maintained that US-China relations is the world’s most important and that “[h]ow the two work out their tensions and frictions will define the international environment for decades to come.” He recognized that competition for power and influence between the two is natural, but added that it should not necessarily result to conflict. At the same time, a host of global challenges and issues of mutual interest provide opportunities for cooperation. This includes laying out rules for frontier domains such as cyber and 5G and stabilizing regional flashpoints, such as the South China Sea and the Korean Peninsula.

The 67-year old leader on his third term pointed out that the lack of mutual strategic trust is the basic problem haunting the relationship now. This, plus domestic pressures, can make compromise or accommodation difficult, but not impossible. While recognizing the “duty of security and defense establishments to think the unthinkable and plan for worst-case scenarios,” he said that “it is the responsibility of political leaders to find a solution to head off these extreme outcomes.”

On the trade war, the Western-educated leader held that the dispute can be resolved by negotiators if the matter will be treated purely on its own merits. However, he furthered that “if either side uses trade rules to keep the other down or one side comes to the conclusion that the other is trying to do this, then the dispute will not be resolved.” If this happens, PM Lee warned of consequences beyond economics as the broader bilateral relations will also be affected. It would also trigger an unhealthy action-reaction dynamic. This will breed mutual suspicion about each other’s motives, compelling each to undertake counter-measures creating a dangerous spiral.

Recently, China came up with a white paper arguing that setbacks in trade negotiations was brought about by U.S. backtracking, imposing tariffs while talks are underway and demanding new conditions. Late this month, President Trump said he will meet President Xi for the G20 Summit in Osaka, and optimists hope that tensions can subside or, at least, a temporary reprieve similar to what was reached in the sidelines of the G20 Summit in Buenos Aires last December can be reached.

On regional trade arrangements, the U.S. penchant for bilateral trade deals under the Trump administration generate concern for regional countries, which feel that power asymmetry will disadvantage them in any one-on-one trade negotiations with Washington. As one of the four ASEAN countries that signed up for the Comprehensive and Progressive Agreement for the Trans-Pacific Partnership (CPTPP), PM Lee hopes that the next U.S. administration can reconsider its withdrawal from the high-standards trade agreement that it used to champion.

On the other hand, China’s growing confidence in joining and establishing multilateral connectivity, finance and trade initiatives is being welcomed by regional countries. Beijing is closely following the CPTPP and PM Lee hopes that it considers joining in the future. China is also a party to the much-larger though less stringent Regional Comprehensive Economic Partnership (RCEP) where all ten ASEAN members are on board. Members are gearing up to finalize RCEP soon.

All ten ASEAN countries attended the second Belt and Road forum hosted by Beijing last April. PM Lee sees the six-year old initiative as a “constructive mechanism for China to be positively engaged with the region and beyond.” Singapore, for one, is interested in third party market cooperation. The city-state is providing professional and legal services to participating countries and also a partner in developing the China-Singapore Chongqing connectivity initiative, a new international land-sea corridor connecting western China with Southeast Asia. Nevertheless, Lee cautioned that “BRI must be open and inclusive and must not turn the region into a closed bloc centered on a single major economy.”

Meantime, the vision for a Free and Open Indo-Pacific articulated by U.S. Acting Defense Secretary Patrick Shanahan garnered regional interest. Regional coastal states with competing maritime claims with China see it as an opportunity counter-balance Beijing’s mounting presence and activities in the South China Sea, as well as shore up their defense capabilities. But although robust on traditional security, it still fell short of economics despite mention of the BUILD Act. Confusion between it and the Quad, and concerns about Beijing’s reaction also help dampen enthusiasm towards the U.S. strategy.

For a region that suffered from great power games from the colonial to the Cold War period, US-China rivalry constitutes a new formidable challenge to Southeast Asia’s cohesion. For a ten-member bloc that only got completed in 1999, pressure to take sides may prove to be daunting. But for all its imperfections, member countries understand that undermining ASEAN centrality may only expose the region to the vicissitudes of big power competition. As such, they should continue to engage all powers and reinforce consensus on a broad range of issues to preserve leverage as they interact with larger interests.

Shangri-La DialogueSoutheast AsiaASEANGeopoliticsU.S.-China Rivalry
printTweet
You might also like
Back to Top
CHINA US Focus 2022 China-United States Exchange Foundation. All rights reserved.