In Central, Eastern, and Southeastern Europe (CESEE), China and the US can only secure lasting influence by investing in middle-class oriented growth projects. While Beijing uses the Belt and Road Initiative (BRI), Washington recently increased its support for the Three Seas Initiative (3SI), an organization established by Polish and Croatian presidents Andrzej Duda and Kolinda Grabar-Kitarović back in 2015. Although the 3SI originally began as a political project, Poland’s Deputy Foreign Minister Pawel Jablonski recently announced its economic ambitions. 3SI leaders hope to negotiate deals for gas pipelines from Poland to Croatia and highways from Lithuania to Greece’s Aegean coast. Such ambitious infrastructure projects will require significant foreign investment. In satisfying investment needs, both China and the United States are interested in competing for political and economic influence in Europe. 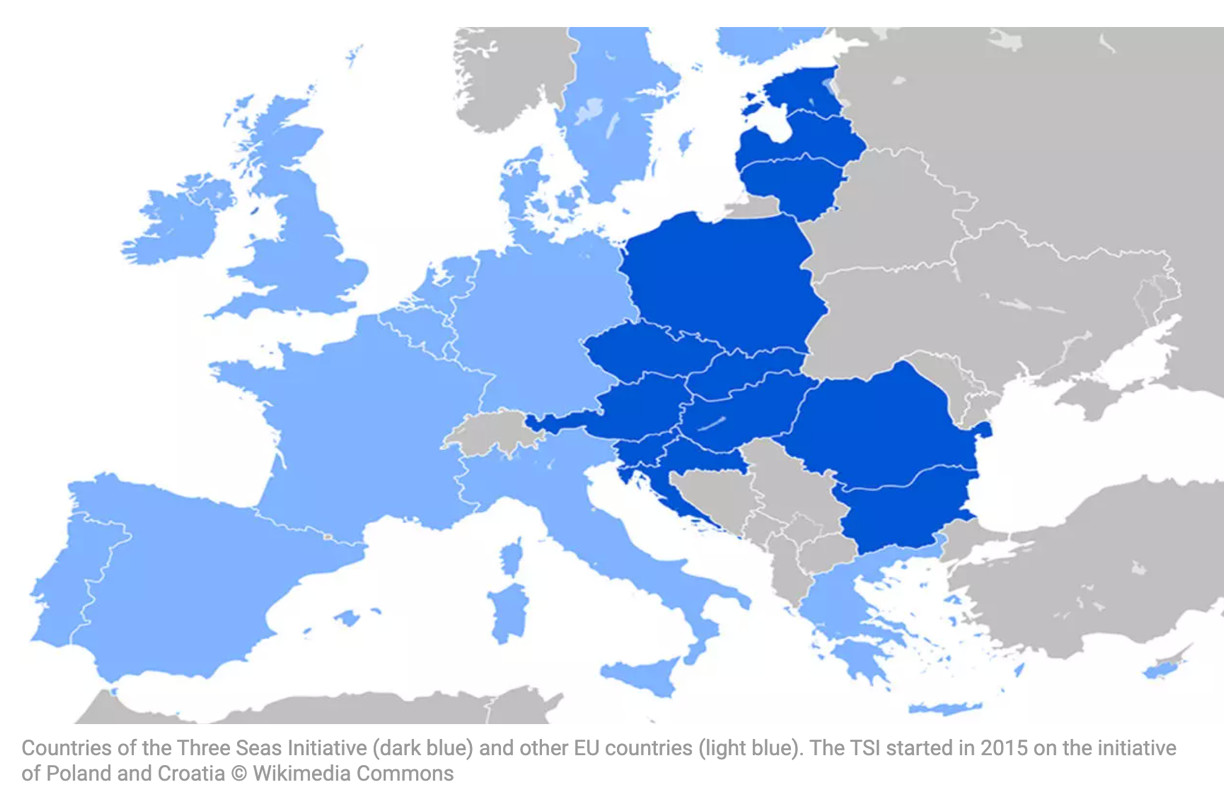 The 3SI includes the innermost nations of the ‘European-Rim,’ which sit just beyond the European Union’s most robust economies. These countries continue to struggle with economic growth due to a lack of adequate infrastructure and innovative technologies. The 3SI is evidence that only significant investment can feed the European-Rim's unlimited potential, for which the European Union does not have a concrete growth strategy.

The European-Rim is already a swing region for political and economic contests between Washington and Beijing, as evidenced by increased investment activity by both China and the US. These countries are intimately involved with the central EU states of France and Germany. Realizing this, Washington consciously targets the 3SI to combat Chinese investment through the BRI and the “17 + 1” group. The consistent western criticism of the BRI and 17+1 was always that China ‘used’ poorer countries in CESEE to penetrate the western markets of France and Germany.

Bulgaria, Estonia, Croatia, Latvia, Lithuania, Austria, Poland, Romania, Slovakia, Slovenia, the Czech Republic, and Hungary all show economic promise, but currently only contribute 10 percent toward EU GDP, despite containing 22 percent of the bloc’s population and 28 percent of its territory. The growth disparity is explained by weak infrastructure, specifically roads, energy networks, and other regional connectivity projects. The region houses 110 million people, generates $1.7 trillion in GDP, and previously maintained a 5-year growth rate of about 3 percent before COVID-19.

A recent IMF paper found that infrastructure in Central, Eastern, and South-Eastern Europe lagged about 50 percent behind the EU15 countries in terms of quality and quantity. The report argued that significant investment could create multipliers that boost productivity, employment, and accelerate the green and digital transitions pushed by EU leadership. The infrastructure ‘gap’ observed between the EU’s most robust and weakest economies deteriorates the bloc’s economic and political potential. The adverse effects of unequal infrastructure between member states threaten economic growth, employment, real economy efficiency, and political support for the EU among constituents in CESEE countries. According to the IMF, ‘closing the gap would cost around 3 to 8 percent of annual GDP by each state. Still, in a post-pandemic environment, these contributions could create high-quality jobs and counter inevitable economic contractions. In truth, wages and living standards in the CESEE countries never bounced back after the 2007-2008 financial crisis. A proper fiscal expansion, combined with sufficient private sector interest and investment, could transform the region into a hub for logistics, innovative technologies, and renewable energy projects, and finally generate a real economic recovery.

From the graphic below, we can see that European BRI investment in Europe is most substantial in the 3SI region, while neighboring Serbia is China’s greatest European beneficiary. 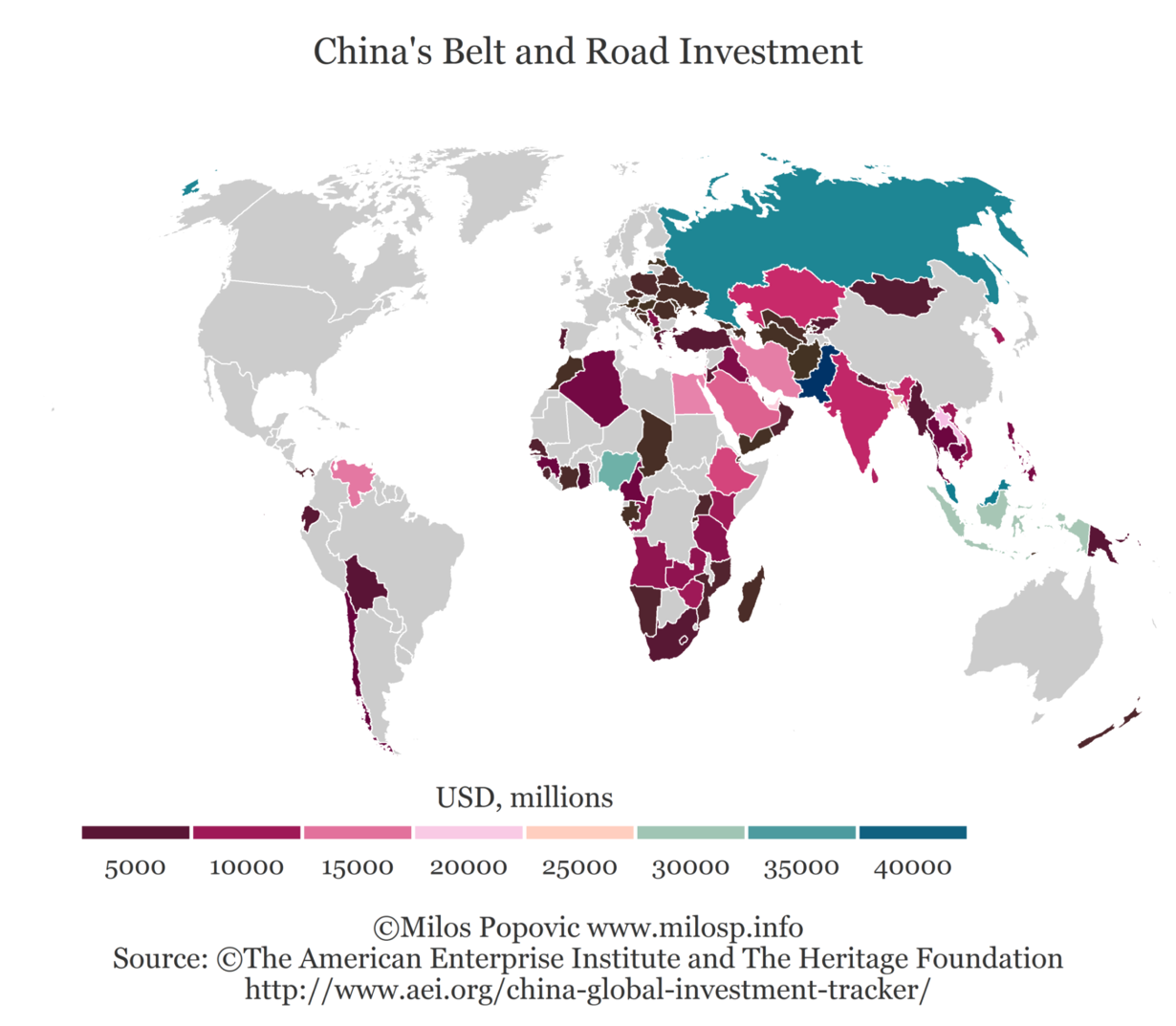 Just as Beijing uses the BRI to influence countries in CESEE with available credit for regional infrastructure projects, the US recently pledged more support for the 3SI to gain economic and political influence. Although the financing of 3SI projects helps realize infrastructure ventures, it also convinces governments to side with Washington on 5G networks and energy diversification issues. The Trump administration's central goal is to prevent Huawei 5G infrastructure from gaining additional footholds in Europe while discouraging different energy deals with Russia. President Trump is aware, perhaps more than any other US president in the last two decades, that Central, Eastern, and South-Eastern Europe can only be won over with significant investment projects that benefit the middle-class and lift living standards. Since China began investing in the region much earlier with the BRI, Washington is now ‘catching up’ with its dealings with the 3SI through the US International Development Finance Corporation (DFC), which also opened an office in Belgrade, Serbia. The US delegation to the virtual Tallinn summit announced $300 million in investments for the 3SI through the DFC. In Serbia, which was always a destination for significant Chinese investment, the DFC pledged to introduce a guarantee scheme for the support of Serbian small and medium-sized enterprises (SMEs) with better access to cheap loans, more evidence that Washington hopes to become more involved in the region. US Secretary of State Mike Pompeo pledged $1 billion to the 3SI back in February 2020, and analysts expect increased funding measures over the next few months.

At the Tallinn summit, Keith Krach, the US undersecretary of State for Economic Growth, Energy, and the Environment, pledged an additional US investment of 30 percent of the member states' total contributions with a maximum figure of €1 billion. Representatives from Google also attended the meeting.

Pompeo emphasized that countries in the post-Soviet space must fight corruption and rely on ‘honest investments,’ rather than taking money from China. “It’s essential that national policies be as attractive as possible, not favor state-owned enterprises, or put politics in the way of their investment,” he told the 3SI. “On security, the Chinese Communist Party is just waiting to vacuum up your data. Commit to excluding unreliable vendors from our critical telecommunications, energy, and transportation networks.” At the summit, Poland and the US also signed a 30-year intergovernmental agreement on Poland’s civil nuclear energy program.

The recent US pivot to Central, Eastern, and South-Eastern Europe suggests that the west will not give up the region easily to Chinese investment for telecommunication, 5G hardware, and infrastructure projects. The media already reports these diplomatic moves as an attempt to ‘win the hearts and minds’ of Europeans dependent on Chinese credit and Russian energy.

This logic is clear after the US House of Representatives Committee on Foreign Affairs officially passed a motion for a resolution supporting the 3SI, focusing on energy diversification away from Russia.

The American think tank Atlantic Council explicitly presents the 3SI as a ‘far better alternative’ to the BRI. With proper US support, the 3SI countries could contribute to Europe’s eventual cross border renewable energy grids and become a regional transport and digital hub.

The main challenges associated with regional infrastructure investment in the 3SI countries are delays, cost overruns, weak governance, corruption, and the lack of stable public-private partnerships. Governments should seize the post-pandemic era's opportunities to act on cross-border projects that magnify infrastructure benefits and adjust to a multipolar world order more favorable for regionalized supply chains.

Suppose significant investments, from either China or the US, encourage transparent processes, clean capital, commercial viability, and ambitions to generate economic growth and jobs. In that case, the 3SI region could bounce back significantly after the COVID recovery. It is up to Beijing and Washington to decide how much they will invest in Europe’s future.

Belt and RoadChina-U.S.-Europe Relations
printTweet
You might also like
Back to Top
CHINA US Focus 2021 China-United States Exchange Foundation. All rights reserved.