The Diplomatic Philosophy of Olaf Scholz 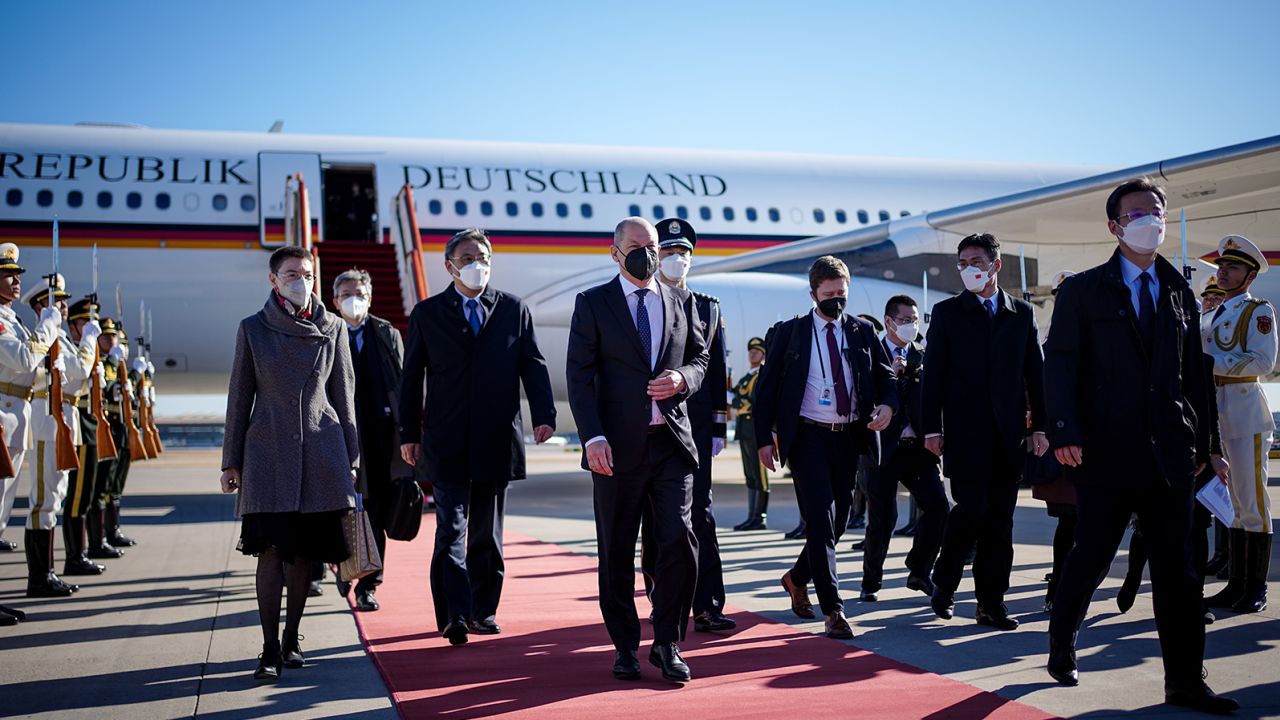 In an op-ed published in Foreign Affairs recently, German Chancellor Olaf Scholz comprehensively elaborated his diplomatic philosophy, arguing that the world is undergoing “an epochal tectonic shift” and proposing a role and principles for Germany to follow to avoid a new cold war in a multipolar era.

Scholz does not follow the United States in singing the tune of “strategic rivalry among the great powers” in current global relations. Instead, he sees “an increasingly multipolar world” in which new power centers in are being born in places like Asia, Africa or Latin America. Such countries, he said, “have every right to seize the opportunities that globalization offers and to demand a stronger role in global affairs ... [and] we should encourage these regions’ greater participation in and integration into the international order. This is the best way to keep multilateralism alive in a multipolar world.”

Scholz asked, “How can we, as Europeans and as the European Union, remain independent actors in an increasingly multipolar world?”

To remain independent in a multipolar world, Scholz argues, Germany must play a triple role as the guarantor of European security, a bridge-builder within the European Union and an advocate for multilateral solutions to global problems. He stressed: “This is the only way for Germany to successfully navigate the geopolitical rifts of our time.”

As the guarantor of European security, the first thing the German government did after the outbreak of the war in Ukraine was to create a $100 billion special fund to better equip the Bundeswehr. Germany will ensure that 2 percent of its gross domestic product is spent on defense over several years. In a break with traditional practice, Germany is providing arms to one party in the war for the first time, becoming the second-largest supplier of military aid to Ukraine after the United States. Germany has also significantly increased its presence on NATO’s eastern flank.

As a bridge-builder within the European Union, Germany pushed for EU candidate status for Ukraine and Moldova and reaffirmed that Georgia’s future lies in Europe. Delivering on the promise of EU membership for all six countries in the Western Balkans is a goal to which Scholz is personally committed. The EU must develop a migration strategy that is pragmatic and in line with its values.

In terms of fiscal policy, the EU has established a recovery fund, which will also help address the challenges posed by the current high energy prices. Germany proposes that the practice of making decisions by majority vote be gradually extended to areas that currently fall under the rule of unanimity, such as EU foreign affairs and taxation.

Germany’s triple role suggests that its strategic center of gravity is in Europe and that its difficult and urgent matters and headaches are also there, while Asia and other regions are secondary to its geostrategic chessboard and play only a supporting role.

Dealing with a rising China

Scholz disagrees with the view that the world is on the verge of an era of bipolarity in the international order and that a new cold war is approaching. He does not want a China-U.S. confrontation and believes that what we are witnessing is the end of a particular phase of globalization.

The world has experienced some 30 years of stable growth and “the United States became the world’s decisive power — a role it will retain in the 21st century.” China also became a global player, as it had been in earlier long periods of world history. China’s rise does not warrant isolating Beijing or curbing cooperation,” Scholtz wrote. He does not mention the EU’s previous definitions of China — partner, competitor and rival.

Scholz went to China, despite skepticism and criticism from within Germany. The two sides reached consensus in many areas and identified important matters for cooperation. This shows that China is still an important economic and trade partner for Germany. Germany does not want to decouple from China. Further, China is the largest market in Asia, and Germany has been operating in China for many years with considerable gains and will not give them up easily.

The Scholz article is multifaceted, and it’s important to see its positive side, while not ignoring its negative side. He claims that “as China changes, the way that we deal with China must change too.”

Unlike Angela Merkel, Scholz has invested a lot of time in building closer ties with his Asian partners. After taking office, he broke with Merkel’s longstanding approach, opening the year with a visit to Japan and investing heavily in a partnership with India. He also visited Vietnam and Singapore. German President Frank-Walter Steinmeier visited Singapore and Indonesia last summer, and then Japan and the Republic of Korea in the second half of the year, to deepen partnerships. Clearly, Scholz intends to balance and hedge China-Germany relations with a diversification of German relations with other Asian countries.

Scholtz, meanwhile, is reducing dependence on China. In areas of greater dependence on China, such as important raw materials, certain rare earths or specific future technologies, Germany is broadening its supply chain to replace its dependence with diversification.

Scholtz is tightening scrutiny of Chinese investments in Germany. China Ocean Shipping Co. (COSCO) has taken a minority stake in a terminal in the port of Hamburg but does not hold control of the terminal. At virtually the same time, Germany banned Chinese companies from acquiring a German semiconductor producer. The broader trend is that Germany is restricting Chinese equity participation in or acquisition of its sensitive, cutting-edge companies.

Finally, Western values formed the basis of the article. On issues such as those related to Xinjiang, Taiwan and human rights, the article routinely “copied former statements,” repeating established positions and interfering in China’s internal affairs.

According to the German government’s schedule, Germany will publish a national security strategy paper during the Munich Security Conference in February, followed by a strategy paper on China. On the whole, Scholz’s article presents a more positive than negative view of the world, of Germany’s role, of China and China-Germany relations, and it demonstrates a positive desire to improve the relationship.

However, no one has the final say in a German government rife with conflicts and divergent views. It is reasonable to doubt that the article will set the tone for the forthcoming German national security strategy or strategy toward China. We will have to wait and see whether the final document will reflect Scholz’s dovish philosophy, show the hawkish hard-line position of the Green Party-controlled German Foreign Ministry or emerge as a product of compromise between the two parties.

GermanChina-Europe Relations
printTweet
You might also like
Back to Top
CHINA US Focus 2023 China-United States Exchange Foundation. All rights reserved.