What Happens After Pelosi? 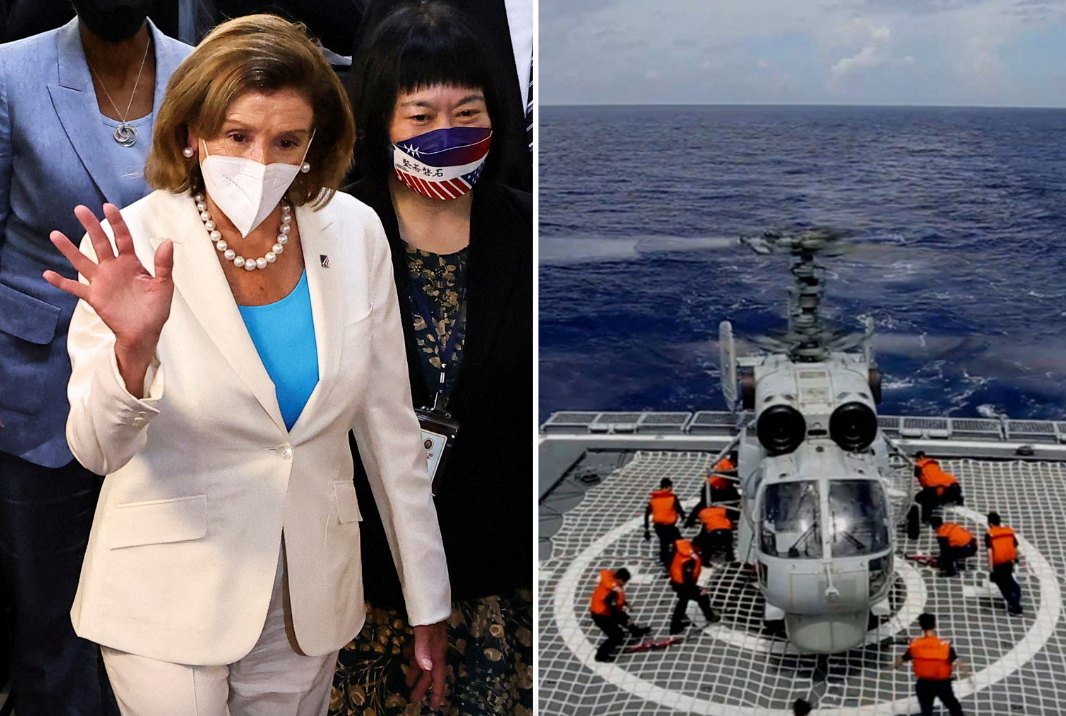 The recent visit to Taiwan by U.S. House Speaker Nancy Pelosi, in disregard of repeated warnings from China, has triggered another crisis. Aside from the impact on Taiwan itself, it will only add negativity over the long term to the already strained China-U.S. relationship.

Pelosi’s visit to Taiwan was a manifestation and microcosm of her long-standing anti-China ideology. In the context of U.S. domestic politics, the visit unmistakably jeopardized relations. On one hand, the crisis triggered by this visit clearly damaged a recent uptick in China-U.S. engagement. High-level communication between China and the U.S. had become more frequent, and multilevel dialogues in various fields, such as diplomacy and defense had been launched in succession, setting the stage for relations to return to the right track.

Pelosi defied China’s repeated advice and warnings and brazenly trampled on a core Chinese national interest by being the highest-ranking U.S. official to set foot in Taiwan in 25 years. China was forced to counter the offense and suspended its established cooperation agenda in areas such as defense, justice and climate change.

Pelos’s visit may very well have rendered all previous efforts to stabilize relations wasted and futile.

Her visit further diminished the political credibility of the United States and wreaked havoc with the already fragile foundation of mutual trust with China. For decades, the importance and sensitive nature of the Taiwan question in China-U.S. bilateral relations has been well-known. In recent years, the United States has repeatedly played the Taiwan card to undermine the political foundation of relations with Beijing.

Before this visit, the Biden administration claimed that “the government has no right to interfere with the actions of officials in the legislature” — an assertion made on the ground of the so-called separation of powers inherent in the U.S. political system. This constitutes an unprecedented move that further tarnishes China’s perception of U.S. political credibility. It indicates that the U.S. will  not only renege on its diplomatic commitments using the pretext of a change of government but will also use its political system as an excuse to let anti-China forces have their willful ways. Once basic trust is gone, we cannot expect much from the communication or interaction going on, no matter what the amount.

The Pelosi visit, with its flurry of behind-the-scenes maneuverings, will have a direct impact on the course of China-U.S. relations going forward. The first thing that warrants attention is the pluralistic dynamics of the actors taking part. China and the U.S. are vastly different, and their foreign policy systems and models are markedly divergent. Pelosi, the speaker of the House of Representatives, reportedly did not have the explicit support of the Biden administration, which is largely made up of Democrats. Nor did the U.S. military deem the trip appropriate. Nevertheless, her trip made a major unwritten declaration about U.S. diplomacy that was endorsed by the Biden administration afterward.

On the tariff issue, Biden’s personal inclination is removal of tariffs on China, but the White House’s National Security Council, the Treasury Department and the Trade Representative’s office have long been divided, and diverging views among corporate interest groups have become even more pronounced. All of this contributes to prolonged procrastination on the tariff front.

These all highlight the multiple-actor feature of the U.S. policy toward China, which is not a new phenomenon. But it will make the U.S. decision-making process more complicated as competition between China and the U.S. grows more intense. From the Chinese side, the Taiwan crisis has sparked widespread public concern. Pelosi’s trip on a military plane was broadcast live by some netizens, which suggests that one party’s influence on public opinion and decision-making cannot be ignored.

The competition around chips is noteworthy. While the Pelosi’s landing in Taiwan carries obvious political significance, her interaction with TSMC may carry the more practical significance. The technology sector, represented by chips, has been a central area of U.S. suppression and competition against China in recent years.

According to U.S. calculus, Taiwan’s strategic value, in addition to geopolitics, is much enhanced by its chip industry. U.S. military figures have proposed the idea of a “silicon shield” in an attempt to use Taiwan’s chip advantage to set back China’s reunification efforts. In May this year, Biden proposed the creation of a chip alliance (Chip4) between the U.S., Japan, South Korea and Taiwan. In August Biden signed the CHIPS and Science Act, which introduces differentiated industrial support policies and restricts the business activities of some companies in China. Given the sensitivity of the chip issue in international technology competition, the cooperation between the U.S. and Taiwan, plus a small but widening circle of cooperation that excludes China will further complicate the Taiwan question.

Another important factor bearing on relations between the two countries is the military dynamic in the Western Pacific. Before and after Pelosi’s arrival in Taiwan, China conducted a series of major military exercises breaking through the Taiwan Strait median line and practicing island encirclement in an effort to elevate deterrence (and other things) by showing some of its capabilities.

The U.S. military, on the other hand, reacted in an apparently subdued manner, only declaring afterward that it would continue to navigate in the Taiwan Strait. The U.S. military was most likely constrained by the Biden administration, yet this is still an important case study in observing the pattern of China-U.S. military interaction in a crisis.

Some U.S. media have noted that Pelosi’s flight intentionally took a detour to avoid the South China Sea as she approached Taiwan. It merits further observation to determine whether or not the U.S. military’s freedom to operate in the South China Sea has been affected by China’s military layout, or whether it implies a new subtle change in regional military power dynamics between China and the U.S.