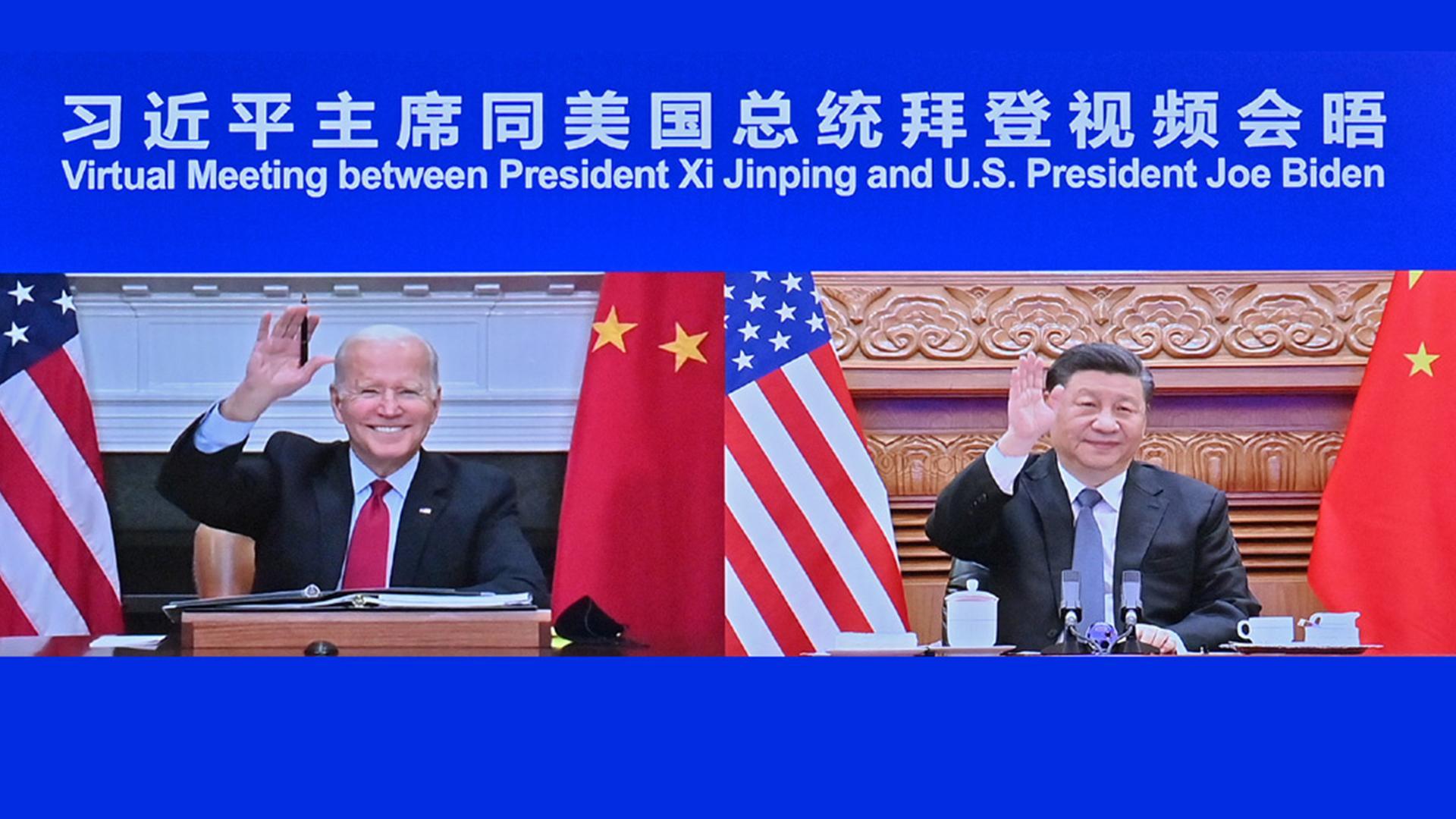 This week’s much-anticipated meeting between President Xi Jinping and President Joe Biden offers welcome relief for a world nervously watching where the 21st century’s most consequential relationship is headed.

Meetings like this — albeit held virtually — are significant because there is no substitute for direct and candid exchanges between Chinese and U.S. leaders. Biden is famous for saying “all politics is personal” and often touts the many hours he spent with Xi over the past decade. Yet they are both realists and neither is “romantic about the past” nor “fatalistic about the future” (to quote a Brookings report). Their willingness to engage in extended and in-depth discussions is crucial to navigating the relationship through rough waters, especially when the world is struggling to emerge from multiple crises.

People don’t have to look far back to find cases which illustrate the necessity of China-U.S. collaboration — their joint efforts to stem the global financial meltdown in 2008 and reverse the climate crisis at COP26 last week being two oft-quoted examples. Even though senior officials in both countries tried to manage public expectations ahead of the summit, many still consider it taking place at all heartening news — not just for the two countries, but also for the world.

For what’s at stake is a relationship that is “too big to fail”. By proposing the meeting, the Biden administration has finally come round to this truth. The fact that the White House spent 10 months making up its mind to pursue a presidential meeting — which traditionally took place around three months into a new U.S. administration — reveals a lot about Washington’s attitude toward Beijing. When senior U.S. officials vowed to deal with China “from a position of strength”, they seemed to be betting that China would succumb to pressure. Chinese officials, however, have made it clear time and again that the playbook from the Trump era did not, and will not work on China.

At the start of the meeting, Biden told Xi in front of the press that the United States wants to build “commonsense guardrails” for the relationship. China’s policy circles will be watching closely how that will translate into U.S. actions.

What the U.S. side says and does regarding Taiwan will be a litmus test. When U.S. politicians visit the island and servicemembers train there — a serious departure from longstanding U.S. practice since the Carter administration — Washington should be expecting a vehement response from Beijing. The Taiwan question has long been regarded as having the potential to knock China-U.S. relations off balance. When it so happens, it is hard to think of any “guardrails” that could keep the relationship on an even keel.

Both Xi and Biden reaffirmed their desire to avoid conflict, intended or otherwise. In addition, Biden clarified in September that the United States is “not seeking a new Cold War”, which ostensibly signaled a return of some sensibility in its China policy.

Yet, just as Joseph Nye recently commented, “The president’s actions suggest that his strategy for dealing with China may indeed suffer from Cold War thinking”. The frequent reference to a “position of strength” vis-a-vis China is reminiscent of Secretary of State Dean Acheson’s favored formulation regarding the Soviet Union at the height of the Cold War. It would be less objectionable if the term is intended purely to spur domestic renewal, yet reality suggests otherwise. The controversial AUKUS, the upgraded QUAD, the reinvigorated Five Eyes and the proposed “summit for democracy” are seen by many — not only in Beijing — as having just one target in sight: China. The enlisting of allies and partners in this endeavor reveals a lack of confidence in American strength, and the rhetoric about “not seeking a new Cold War” has proven little more than, well, just rhetoric.

In the meantime, risks abound. Apart from rising tensions in the Taiwan Strait and elsewhere in the Asia-Pacific, risks to strategic stability between the two nuclear powers and the potential for conflict involving military uses of artificial intelligence (which Henry Kissinger has warned repeatedly) may also put China and the United States on a collision course. Sober observers in both countries know neither side could afford this.

If Cold War 2.0 is not the answer, is there an alternative? Xi, according to the Chinese readout of the summit, suggested that the two countries must try to get along based on three principles, namely “mutual respect, peaceful coexistence and win-win cooperation”, the essense of which Biden echoed in the meeting. His reaffirmation that the United States does not seek to change China’s system is worth noting. While some of the deep-seated differences in the relationship will not disappear overnight and probably never will, they should not blind the two countries to the enormous opportunities to advance a shared agenda and make the world a better place.

The truth is, China and the United States have more common interests than some hardliners might acknowledge. These include ensuring a sustained global economic recovery and secure energy supplies, not to mention putting an end to the COVID pandemic. While China-U.S. cooperation alone may not be sufficient in solving all global problems, no global challenge can be met without the concerted effort of China and the United States. The recent China-U.S. declaration on enhanced climate actions in Glasgow is a welcome step. If they could build on that and join forces to help vaccinate more people in developing countries, the whole world will be in their debt.

Hence, more preferable than “managing the competition responsibly”, as U.S. officials keep stressing recently, is for the two governments to compete with each other in delivering more for their people and providing more global public goods. Properly defined and managed, competition doesn’t have to be a zero-sum game. On the contrary, it could spur the two sides to tap their full potential, instead of kneecapping each other, which will only result in a Pyrrhic victory. The world would welcome a China-U.S. race on which country could do more to promote global prosperity and stability, instead of a debilitating competition that forces everyone else to take sides.

In the 1972 Shanghai Communiqué, the U.S. side stated that “countries should treat each other with mutual respect and be willing to compete peacefully, letting performance be the ultimate judge”. There is no reason why the U.S. should deviate from that statement today.

The Xi-Biden summit took place as the two countries made key advances in their respective domestic agendas. China concluded the sixth plenary session of the 19th CPC Central Committee a few days ago, which set out the blueprint for achieving the goal of fully building a modern socialist country. And just hours before the summit, Biden signed into law a bipartisan infrastructure bill aimed at domestic renewal. To achieve these goals, a good China-U.S. relationship is certainly very helpful, if not indispensable. Laying out the three principles and identifying key areas of cooperation, the virtual summit is a good start. Now must begin the hard work to follow up on what has been agreed, and turn them into something real ASAP.