The U.S. House Speaker Nancy Pelosi’s visit to Taiwan led to further deterioration in U.S.-China and cross-Strait relations. Guardrails in the world’s most important bilateral relationship are being challenged, and ties between the two competing world powers fell to a new low. Likewise, economic sanctions and unprecedented drills and counter-drills put cross-Strait links at their most tense in decades. The last time an official of the same stature as Pelosi stopped by Taipei was when Newt Gingrich visited the year after the 1995-96 Third Taiwan Strait Crisis. Will Pelosi’s visit herald a fourth crisis? How did the visit affect the balance in the strategic strait?

It is convenient to pin the blame for a further descent in U.S.-China relations on Pelosi’s visit, but her touchdown did not happen in a vacuum. In recent years, the Taiwan Strait, like other regional flashpoints such as the South China Sea, emerged as a new theater for great power rivalry. The rift between the ruling party in Taiwan, the Democratic Progressive Party (DPP), and Beijing has been building up for years. Meanwhile, U.S. arms sales and high-level official visits to Taiwan also have gathered pace. But Pelosi’s arrival undoubtedly raised the bar. While trips by members of foreign legislatures to Taipei do take place against Beijing’s objections, the visit of the second-in-line to the U.S. government succession at an already fraught period in U.S.-China ties only exacerbates tensions. It was the first in half a century, and it is hard to keep the arrival of such a high-profile U.S. official low-key. In fact, her stop on the island dominated her Asia tour, making the journey to other regional capitals mere sideshows.

What is the status quo, and who is altering it?

In fairness, even before Pelosi’s visit, concerns about the evolving status quo across the strait were already percolating. Accusations and counter-accusations have been made. Beijing alleged Taipei of reneging on the 1992 Consensus. It also charged Washington with hollowing the One China Principle by substantially upgrading ties with Taipei and emboldening parties supportive of seeking de jure independence for the island. Some remarks from U.S. officials did not help allay apprehension over an apparent shift from a policy of strategic ambiguity to clarity in Taipei’s favor either. Equipped with newfound wherewithal, China also no longer takes U.S. transits and FONOPs in the strait sitting down.

On the other hand, the rhetoric of reunification, by force if necessary, as part of China’s national rejuvenation, has heightened fears in Taiwan about a hostile takeover. Washington and Taipei accused Beijing of increasing intimidation and coercion, courting and flipping the few remaining countries that maintain official ties with Taipei. China was also cited for violating the informal median line and launching unparalleled sorties that undercut Taiwan’s Air Defense Identification Zone. Rising nationalism, greater expectations, growing threat perception, and better capabilities all bear on the discord over what is the agreed status quo, who is upsetting it, and whether it should be sustained going forward. 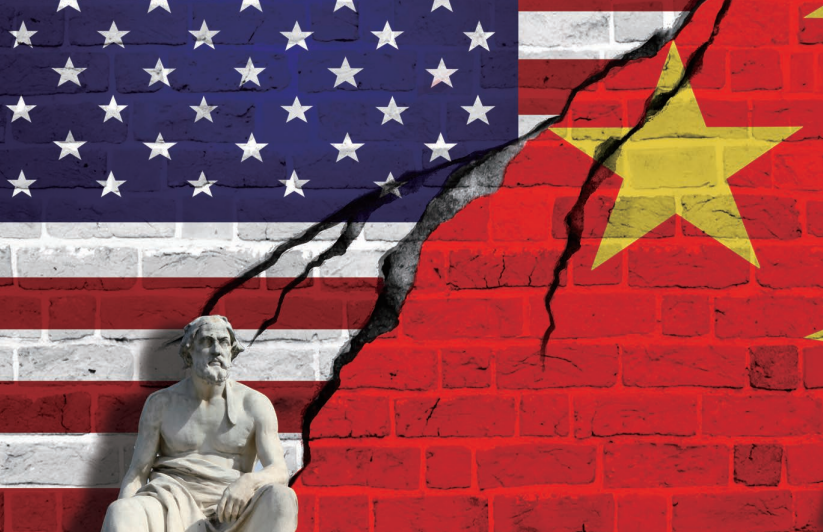 Domestic politics also loom large. The ruling Communist Party of China (CPC) will hold its 20th Party Congress in November. The United States will have its midterm elections and Taiwan will conduct its local polls in the same month as well. As such, no leader or political party wishing to stay in power would want to appear weak in security or foreign policy in the eyes of their constituents. More than limiting the space for compromise, such political itineraries also have the danger of further exacerbating the already widening gulf across the strait and across the Pacific. A Republican majority in the Senate or Congress may check President Joe Biden’s foreign policy, constraining a possible modus vivendi with Beijing or even compelling him to take a more strident position against the country’s near-peer competitor. Showing feebleness in the face of external challenges also invites ruin for comrades aiming to climb high posts in the CPC hierarchy. Caving into the Mainland’s pressures would not look good for aspiring Taiwanese national politicians either.

This said, there is little expectation of a significant improvement in cross-Strait and U.S.-China relations regardless of the outcome in November. Great power rivalry will remain the dominant organizing narrative in U.S. foreign policy that enjoys bipartisan accord. Lamentably for U.S.-China ties, standing up to Beijing’s perceived challenges to the U.S.-led global order is one of the few things that elicits unanimity across the aisle. In addition, with President Xi Jinping likely to get a third term, reunification will remain the centerpiece of China’s national rejuvenation project. The view that the U.S. supports the continuation of Taiwan’s separation from the motherland will persist. The results of the November local electoral contest will also likely have a marginal impact on Taiwan’s policy toward the Mainland.

But while there is much debate on how domestic politics will affect prevailing cross-Strait and U.S.-China dynamics, there is little question about the immediate and profound consequences of Pelosi’s visit. Beijing canceled defense talks with Washington and suspended cooperation against narcotics, illegal immigration, and climate change. In the context of stepped-up military exercises and greater naval and air presence in the Taiwan Strait, the drawdown of security dialogues between the actors raises the possibility of accidents and miscalculations.

Furthermore, freezing collaboration on the few remaining opportunities for both sides to work together for their mutual benefit and to address one of the world’s most pressing problems - climate change - is also a huge setback. Halting productive collaboration may frustrate global efforts to agree on caps for greenhouse gas emissions for developed and emerging economies and support for the promotion of renewable energy. It is regrettable to see such constructive spaces being curtailed in the name of sending a strong message.

Beijing was also quick to impose costs on Taipei. Aside from curbing imports of agricultural goods, it also launched unprecedented sea and air exercises in six designated areas surrounding the island. It was a move seen as a rehearsal for the island’s blockade, if not an invasion. The war games affected commercial shipping and aviation and ratcheted up tensions. Part of the drill areas goes deep into Taiwan’s territorial waters and airspace, repudiating its legal status. And although China has concluded its exercises, it announced intentions to conduct regular patrols. Taipei responded by performing its own military exercises, which, in turn, simulated efforts to deter crossing and landing on the island.

Pelosi’s visit may have given China a pretext to disavow the informal median line and normalize its presence in Taiwan’s waters and skies. Through its large-scale live-fire war games, Beijing telegraphed to Taipei its ability to cut off the island during a conflict. The drills also eroded the U.S.’ longstanding dominance in the Taiwan Strait, putting pressure on Washington’s security commitment to Taiwan. This may increase calls to sell more lethal and sophisticated U.S. weapons to Taiwan to beef up its defenses, giving the island’s defense planners more leeway in defining what constitutes asymmetric capabilities. The U.S. may also intensify its presence in the vicinity. Taipei’s vulnerability may enable it to garner more international sympathy, which can shore up its diminishing diplomatic space. It may even be able to entangle the U.S. and Japan in the event of a contingency. All these make for a toxic brew.

While tensions have long been a feature of cross-Strait and U.S.-China relations, the current situation in the Taiwan Strait has the potential to spark a serious crisis that could threaten regional peace and stability. The aspirations and passions invested on the issue and the capacities of the players involved raise the stakes should diplomacy fail.