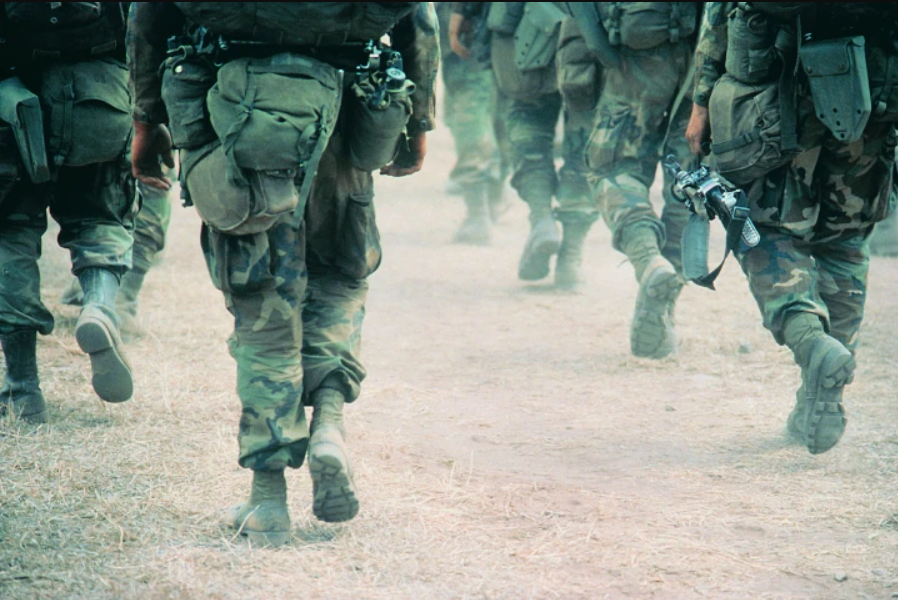 War is only the continuation of politics by other means — that is what Carl von Clausewitz concluded after a thorough study of the law of war. This conclusion implies that the prospects of war are not determined by military affairs, at least not exclusively.

The conclusion is proved once again by current events. Since the Russo-Ukrainian conflict broke out in February, the Russian side’s “special military operation” — intended to restore historic glory — has encountered intense resistance. Its original goal of regime change in Ukraine has been aborted and European boundaries along the Dnieper River is being redrawn. In the second phase after adjustment, the Russian government has mobilized many troops aimed at creating a land bridge to Crimea and most of eastern Ukraine. Russia would have liked to end the war before Victory Day on May 9, but that did not happen.

However, Ukraine — along with the United States, the North Atlantic Treaty Organization and the European Union, all of which have Ukraine’s back — will not readily accept such an end game and are prepared to continue the fight. They are seemingly shifting their goal from rescuing Ukraine to defeating Russia. At the same time, political negotiations between Russia and Ukraine have reached an impasse over territorial issues.

Which side is well-situated in this war? Is it Russia? It misjudged the situation in the first few days of the war and consequently was unable to achieve all its goals despite subsequent adjustments. Is it Ukraine? Despite a steady stream of foreign aid, its high-spirited will to fight and the extraordinary performance of its wartime president Volodymyr Zelensky, the country is incapable of delivering on its pledge to reclaim the eastern and southern territory and reversing its fortune as a geopolitical pawn. Then is it the U.S.? America has no long-term strategy for the conflict and cannot deeply alter President Zelensky’s position in any case. Regarding Europe, it's just a walk-on and a direct victim of the war’s disastrous consequences.

A great deal of evidence suggests that this is a war in which all parties have engaged without an exit mechanism established beforehand and a show in which the script was lost at the very beginning. No one can end this war unless politicians decide to do so. It will also evolve beyond Ukraine’s boundaries on platforms that are not purely military. In fact, the conflict has destroyed boundaries in three respects:

The first is the boundary of European defense. EU member states have awakened to the reality of security dependence on the U.S. and NATO, even as it has become more pressing for them to build up autonomous defense capabilities. Although Europe claims in its rhetoric that military autonomy is a supplement rather than a substitute for reliance, the two are positively correlated. The enhancement of the EU’s autonomous defense capabilities can considerably expand NATO’s strength and position. While urgently pushing its boundaries to include Sweden and Finland, NATO is also constructing an impregnable fortress against Russia in Central and Eastern Europe by dispatching more stationary forces and reinforcing war preparedness.

The second boundary that has eroded is the behavior of great powers. Relations between the U.S., Europe and Russia have been disrupted. Most of the current sanctions against Russia will last longer than the war and will weaken it. Such sanctions are so unprecedentedly severe in world history — even in light of all the vicissitudes after the Cold War over the past three decades — that it is tantamount to kicking Russia out of the global system and forming a new Iron Curtain with rapidly intensified European security defense.

In a bid to safeguard its security interests and spiritual self-image, Russia did not hesitate to overturn the principle of sovereignty. It no longer disguises its ambitious intention to overthrow the international order dominated by the U.S., even at the cost of destroying its peaceful relations with the West. Anything that was attained after the Yeltsin era and the first half of the Putin era will vanish.

For onlookers who are not affiliated with the great powers, it's not hard to imagine that with the return of the law of the jungle a great regime may crack down on a weak force by means fair or foul, or a weak power may defeat a great power despite all its disadvantages.

The third boundary is the psychological one between war and peace. In a world generally featuring long-lasting peace after the end of the Cold War, people have been accustomed to seeing economies develop in a unified global market and enjoying peace in an international order with the United Nations at its core — even though such an order could not save Kosovo, Afghanistan, Iraq, Syria or other countries or regions from war.

This time, however, the world has witnessed a massive modern war taking place in the heart of Europe, underpinned by a fierce strategic clash between great powers. As the world watches, a significant visual impact and a psychological shock have been delivered to the world. As people have realized that a new world war is no longer scaremongering, or that fear of the collapse of the modern system is not entirely baseless, more efforts must be made to review the changes taking place with the bottom-line thinking.

The Russo-Ukrainian conflict is smashing boundaries in three other aspects as well: the battlefield, international arms control and the international order.

The joint statement issued at the NATO Summit on March 24 clarifies that the U.S., Ukraine, and NATO have made a strategic decision to prolong the war. As the U.S. and some other countries in the West are continuously sending weapons and other military materiel of varying types to Ukraine, Russia has no choice but to step up its investment and firepower. Moreover, as the use of heavy weapons increases, one might well wonder whether NATO will come to participate directly in the war, and whether the war will spread beyond Ukraine’s borders.

We currently cannot rule out the possibility that small-scale tactical nuclear weapons might be used. The application of such weapons will not cause massive casualties and pollution, as would strategic nuclear weapons, yet it would breaks the nuclear taboo. It appears in practice that the model under which nuclear issues are resolved by abandoning nuclear weapons has failed the test.

The sense of crisis has intensified in some countries. NATO’s position as a nuclear alliance is about to be strengthened. The breakdown of strategic nuclear arms control, conventional arms control and mechanisms for confidence-building measures between Russia, the U.S. and NATO has been gathering speed. Some East Asian countries have attached greater importance to possessing nuclear weapons themselves or bringing them from secure provider countries. Is the era characterized by fear of a “nuclear jungle” and “nuclear terror” looming?

There are quite a few cases in history in which one side “wins” a war but is defeated strategically. Similarly, strategic victories are not necessarily based on a winner-take-all result on the battlefield. Russia has been actively leveraging its resilience in terms of widespread and in-depth development as well as the valiance of its people, striving to build up internal cohesion and eliminate external pressure for a tough, long-term competition. It has tried to create new spheres of influence, to renew its endeavors to implement the Great Eurasian Partnership and to devise its own international order.

Taking advantage of the Russo-Ukrainian conflict, the United States has once again gathered its allies and strategically suppressed Russia, if only temporarily with all its sanctions exhausted. However, after a short period of intense action, a backlash against sanctions in energy, finance and other fields will begin to emerge. Transatlantic inflation will worsen, and the transformation of external crises into domestic political challenges will arise in many countries involved. If this goes on, the anti-Russia alliance is likely to fall apart.

The Ukraine crisis, a conflict without a boundary, will lead to another quagmire of war and endless malign competition and order restructuring. It was out of control from the very beginning since Russia, Ukraine and the U.S. are all unwilling or unable to compromise. Time will tell, though it may not indicate which side to take. What matters, in the end, is wisdom, patience, strength, morality and justice.

Ukraine CrisisU.S.-Russia RelationsRussia SanctionsNATOWorld OrderGeopolitics
printTweet
You might also like
Back to Top
CHINA US Focus 2023 China-United States Exchange Foundation. All rights reserved.