Philippines Seeks to Reset Alliance with the US 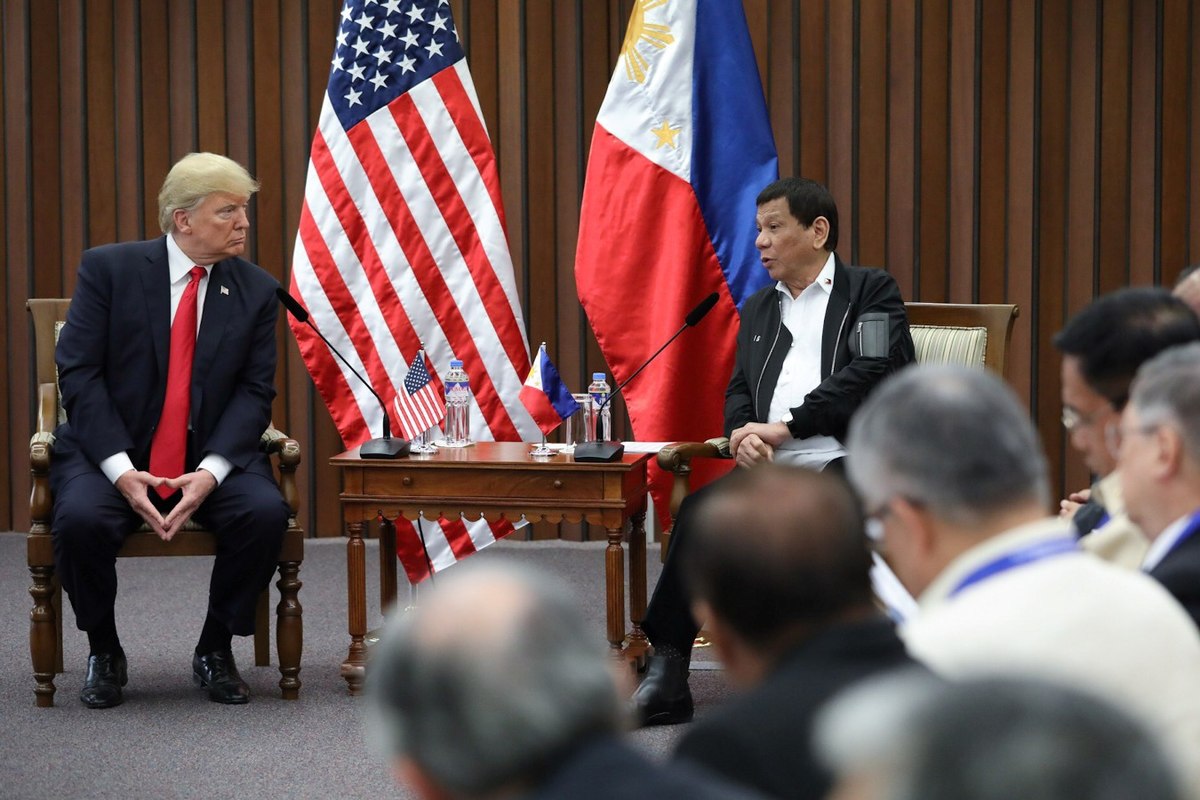 In a surprising turn of events, the Philippines recently announced that it is set to review and possibly even abrogate the decades-long US-Philippine Mutual Defense Treaty (MDT).

The decision startled many observers who expected a turnaround in bilateral relations after Washington returned to the Philippines the famed Balangiga bells amid much fanfare, which had been taken by occupying American forces as war booty during the colonial period.

Even more surprising, Philippine Defense Secretary Delfin Lorenzana, a former general and diplomatic attaché in Washington D.C., was allegedly behind the decision.

It’s not exactly clear what the Philippines’ exact motivation was in making the announcement, but it will likely expose political faultlines in Manila, where divergent factions have been debating the future of the country’s relations with the U.S. and China. The review, however, also provides a unique opportunity for the two allies to upgrade their partnership.

In particular, Manila can seek greater clarity on American security commitments in return for expanded access to its strategically located bases close to the disputed South China Sea. Thus, the review could serve as a springboard for creating a truly 21st century alliance.

The Perils of Strategic Ambiguity

At the heart of the recent call for the review of the 1951 MDT are lingering anxieties over the exact scope of the Treaty.

For decades, Washington has maintained so-called “strategic ambiguity” in its alliance commitment to the Philippines. In fact, this is embedded in the very text of the Treaty, which was signed not long after America granted independence to its only former Asian colony.

From the perspective of the Philippines, there are two problems with the Treaty. First, the Treaty does not guarantee swift intervention on behalf of an ally in the event of conflict.  According to Article VI of the Treaty, each party “would act to meet the common dangers [in their area of jurisdiction] in accordance with its constitutional processes [author’s own emphasis].”

Thus, in an event of a major conflict between the Philippines and a third party, any U.S. administration will likely require Congressional approval, which may delay, complicate, and potentially even derail military intervention on the Philippines’ behalf, especially amid anti-war sentiment in America.

The second problem with the Treaty is the lack of clarity on the spatial scope of the alliance. Article V of the Treaty defines the scope of an armed attack as occurring “on the metropolitan territory of either of the Parties, or on the island territories under its jurisdiction in the Pacific or on its armed forces, public vessels or aircraft in the Pacific.”

But what’s not clear in the Treaty is what specifically constitutes the “metropolitan” territory of the Philippines and, even more crucially, “island territories under its jurisdiction.” Does it cover contested land features in the South China Sea claimed and patrolled by the Philippines, particularly the Scarborough Shoal and the Spratly group of islands?

During his visit to Manila in 2014, former U.S. President Barack Obama repeatedly equivocated on whether the MDT applies to Sino-Philippine disputes in the South China Sea. To the consternation of his hosts, the American president dismissively advised against any military intervention over a “bunch of rocks.”

In stark contrast, the Obama administration made it clear that the 1951 US-Japan Security Treaty covers the disputed Senkaku/Diaoyu islands and that American forces stationed in Japan, “may be utilized to contribute to the maintenance of international peace and security in the Far East and to the security of Japan against armed attack from without.”

On two occasions, namely the Chinese occupation of the Philippine-claimed Mischief Reef (1994) and Scarborough Shoal (2012), the U.S. largely stood idly by. This has left deep trauma in the psyche of Filipino strategic thinkers.

Since the 1970s, the U.S. has deliberately refused to reassure the Philippines of its commitment amid the South China Sea disputes. Formally, Washington maintains ‘neutrality’ on the sovereignty status of the disputed land features.

For instance, the former U.S. Secretary of State Henry Kissinger argued, “[Philippine] occupation [of South China Sea land features] could hardly be termed uncontested in face of claims and protests of Chinese and Vietnamese.” The Nixon administration adopted a very restrictive interpretation of the Treaty, arguing that the “MDT may apply in event of attack on [Philippine] forces deployed to third countries,” which, “is fundamentally different from [a] case where deployment is for [the] purpose of enlarging Philippine territory.”

The subsequent Carter and Clinton administrations reiterated this position. In short, Washington is willing to intervene only if Philippine vessels and troops operating and/or stationed in the South China Sea and Western Pacific come under attack by a hostile third party.

This position, however, raises a number of questions, especially in light of China’s rapid militarization of the disputes in recent years. With the deployment of advanced military assets and aircrafts in the area, China may soon be in a position to credibly operationalize an exclusion zone, or an Air Defense Identification Zone, in the area.

This will negatively impact supply-lines of other claimant states such as the Philippines, which have maintained troops and personnel on a number of contested land features in the South China Sea. Will the MDT apply if, for instance, China coercively ejects Philippine troops in the area by cutting off their supply lines, but short of an outright firefight?

This is precisely why the Philippine Defense Secretary Delfin Lorenzana cited the "ambivalent" attitude of Americans as a justification for the review of the Treaty. He even raised doubts on whether the Treaty is equitable and “still relevant to our security,” rather than to serve “the interest of other nations.”

To be fair, the Trump administration has sought to reverse the notorious ambiguity of its predecessor. During his mid-2018 visit to Manila, Randall Schriver, U.S. assistant secretary of defense for Asian and Pacific security affairs, tried to reassure his hosts by stating, “there should be no misunderstanding or lack of clarity on the spirit and the nature of our commitment,” and that the Americans would "help the Philippines respond accordingly" to any potential threat in the South China Sea.

In December, the U.S. Ambassador to the Philippines Sung Kim was even more reassuring, stating, "I fully expect that we will come to the defense of the Philippines if any foreign nation were to attack the Philippines." In both cases, however, the U.S. fell short of providing operational specifications beyond words of reassurance.

A poll by the Social Weather Station during the same month showed that the majority (61%) of Filipinos remain confident that America will come to the Philippines’ rescue in an event of conflict with a hostile rival, namely China. A survey in January showed that America remains the most favored foreign power, with more than 7 out of 10 Filipinos expressing favorable views of the superpower.

Yet, the alliance remains deeply ambiguous. The review can serve as a crucial springboard for the U.S. to clarify the exact geographical and operational scope of its security commitments in exchange for enhanced access to the Basa and Bautisa airbases, which are close to the disputed South China Sea land features. Far from leading to the abrogation of the alliance, the Treaty review should serve as a basis to refine and upgrade it.

U.S.-Philippines RelationsSouth China Sea
printTweet
You might also like
Back to Top
CHINA US Focus 2020 China-United States Exchange Foundation. All rights reserved.