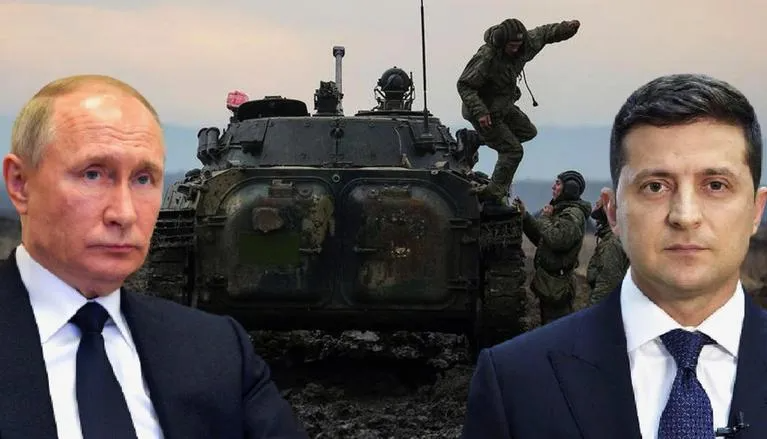 The conflict in Ukraine has global security and economic reverberations. Regardless of the motive, incursion into an independent country, although not unprecedented in recent history, undermines respect for state sovereignty and territorial integrity, a foundational principle of contemporary international order. Energy and food security are also under threat, especially if the fighting becomes protracted. A rise in commodity prices and inflation may complicate the recovery efforts of countries still reeling from the Covid-19 pandemic. The conflict may reorder European security with implications beyond the continent.

In response to Russia’s action, NATO and other U.S. allies have imposed broader sanctions on Russian entities and leaders. Arms and military advisors were also dispatched, and NATO troops have been assembled in countries bordering Ukraine. However, Moscow has not shown any signs of letting up on its campaign so far. It seems that the objectives it has set in launching its military operations far outweigh the costs it anticipated.

So far, the decision not to put NATO boots on the ground provides a cushion against actual encounters between Russian and NATO troops, which could push the world in the precipice of a potentially cataclysmic war. But rejection of Moscow’s recognition of two breakaway regions in eastern Ukraine, the flow of NATO weaponry, and Kyiv’s international plea create combustible fodder that can spark conflict between the warring parties. Initial talks bore no fruit, although there was apparent interest to hold further rounds. High-level diplomacy should be the first resort to prevent further casualties and damage to property, especially to critical civilian infrastructure.

However, conditions set may determine its appeal. So far, Russian demands for Ukrainian troops to stand down constitutes a humiliating prerequisite that has no realistic chance of landing.  The withdrawal of NATO troops and dismantlement of its military infrastructure in Eastern Europe is also a tall order and will likewise be unacceptable for the alliance, especially among former Warsaw Pact countries fearful that the Kremlin’s ambitions may not stop in Ukraine. Immediate withdrawal of Russian troops is also improbable, especially as the Russian advance closes in on the Ukrainian capital and other key cities. The protagonists will likely strengthen their positions as best as they can to enhance their bargaining position should the situation on the ground reach a stalemate, or modest military gains were made to make serious negotiations sensible. A halt in hostilities may provide a viable atmosphere to renew talks between Russia, Ukraine, and NATO.

The ongoing crisis may determine the prospects of Ukraine joining NATO. If Russia’s military operations succeed and NATO’s response fails to deter further Russian progress, then Kyiv, especially should a new leadership come to power, may distance itself from the alliance. If Ukraine realizes that its desire is unlikely to prosper given concerns over Russian objections – a view held by some NATO member states - then it may have little choice but to seek rapprochement and reluctantly accommodate Russian security interests even if doing so infringes on its sovereign right to chart its own security and foreign policy choices. It sends a chilling effect on other former Soviet republics that likewise harbor similar aspirations to join the alliance. Georgia comes to mind. However, if Russia’s military muscle met stiff Ukrainian resistance, aided by NATO arms, intelligence, and advice, the fighting gets protracted, or Moscow succumbs to debilitating sanctions, Kyiv’s drive to join NATO may get a boost.

Eastern European countries are watching developments with great concern. They will likely commit more to NATO and, in turn, expect more from the alliance in terms of military resources. In a way, Russia’s actions may produce the opposite effect by exacerbating its security woes. Events in Ukraine will prompt increased defense spending among its Baltic and Eastern European neighbors and trigger a potential NATO arms buildup in its western flank. Such a long contiguous, militarized border could only raise tensions between neighbors.

Ukraine may hope to prolong the conflict to inflict enormous reputational expense for Russia and garner international sympathy at the cost of cities turning into combat zones and mounting civilian casualties. Fighting in the Donbas and the annexation of Crimea in 2014 pressed Ukraine to beef up its military. Still, nothing may have prepared it from the more sophisticated and numerically superior Russian forces massed on its border since last year, which eventually launched assaults from multiple fronts. Ukraine’s capacity to delay and frustrate Russian military goals and the cohesion of international response may raise the odds in Kyiv’s favor.

On the other hand, Moscow weathering the storm and projecting vindication may disturbingly give a license to similarly situated countries with longstanding security grievances to justify aggression pointing to past failed diplomacy. The resolution of the Ukraine debacle will thus set a precedent with far-reaching international ramifications.