Why U.S. Worries About Pacific Islands 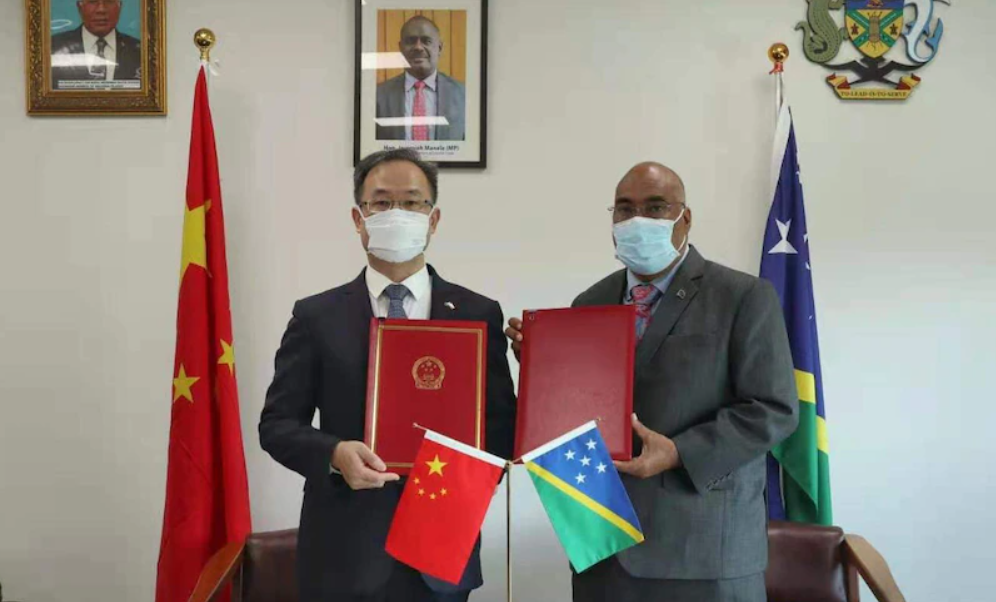 Recently the Western media has been playing up China’s new security agreement with the Solomon Islands, the first of its kind signed by China with a nation in the Pacific Islands. The agreement has aroused a lot of criticism and hostility from the U.S. government, which immediately sent a delegation led by White House Indo-Pacific coordinator Kurt Campbell to the country and declared its concern over the “lack of transparency” in the agreement. It claimed the agreement appeared to “leave the door open for China to send military forces to the islands.” Between the lines, the subsequent White House statement was a combination of sticks and carrots.

On one hand, the U.S. says bluntly that “if steps are taken to establish a de facto permanent military presence, power-projection capabilities, or a military installation, the United States would then have significant concerns and respond accordingly” — though it gave no indication of what the U.S. response would be to such an eventuality.

The U.S. also emphasized that it will follow developments closely in consultation with regional partners. Australia has said that if the agreement allowed for a Chinese “military base” in the Solomon Islands, that would constitute a “red line.” New Zealand said the pact breached an agreement among members of the Pacific Islands Forum for nations to “confer with each other on defense matters before making major decisions.” Japan, increasingly worried about China’s expanding presence in the region, has stepped up security cooperation with its Western partners in recent years. It has voiced concerns and sent a delegation to the Solomon Islands for reassurance.

On the other hand, the U.S. side also outlined specific steps Washington would take to “advance the welfare of the people of the Solomons, including expediting the opening of an embassy, boosting cooperation on unexploded military ordnance and sending the Mercy hospital ship to address health issues.” Washington would also deliver more vaccines and advance climate and health initiatives.

Under pressure from the U.S. and its allies, the Solomons declared that there would be no military base, no long-term presence and no power projection capability under the security deal. The country also indicated that the agreement had solely “domestic applications,” meaning aid in stabilizing a domestic “riot” rather than dealing with an outside threat. The country’s prime minister, Manasseh Sogavare, criticized the West for hypocrisy over the China deal, noting that the Aukus pact was far from transparent. “We did not become theatrical and hysterical over the implications this would have for us,” he said. He hoped that Australia, the United States and Japan would “respect our sovereignty as well, based on trust and mutual respect.”

The U.S. fuss over this issue is only the latest salvo in a fierce competition in the Asia Pacific area as it seeks to outcompete China based on the new strategic priorities it set since the Trump years. China has taken the place of terrorism as its foremost strategic rival.

The Solomon Islands occupy a strategic position in the Pacific and were the scene of some of the bloodiest fighting in that theater of World War II. The U.S. and its close allies Australia and Japan are very much concerned about the sensitivity of the location, which in their eyes is an important part of the so-called third island chain. They worry about China’s penetration of the West’s military architecture in the region based on America's networked alliance system along the first, second and third island chains.

The U.S. believes (although the Solomons ruled out hosting a Chinese “military base”) that the possibility exists for Chinese vessels to be resupplied in the islands and for Chinese police and military personnel to assist in the maintenance of social order. A draft agreement disclosed in March raised the possibility of China’s establishing a naval base in the South Pacific and securing its first military foothold in Oceania. This is unprecedented as seen through the lens of some Western observers, whose minds are always preoccupied with the Sino-U.S. rivalry.

For a long time, the U.S. invested little in the Pacific Islands, and in the Asia-Pacific region as a whole. A regional dualistic structure — security alignment with the U.S. and economic alignment with China — has been extant for decades. The U.S. lacks the political will and economic incentive to engage concretely with countries in the region, while China, with substantial economic packages under the Belt and Road Initiative, has helped with building regional infrastructure and other social development projects.

With China’s strength growing, it has been increasingly interested in engaging the region not only economically, but also politically, socially and militarily. China’s model of economic prosperity based on social stability has provided a viable alternative for developing countries in the region and already enjoys acclaim. With the country’s overseas interests expanding, it’s natural to send police and military forces outside, not only for safeguarding China’s economic and human interests but also to help stabilize the social order of the host country upon request — something that is certainly not a U.S. prerogative.

Whereas the U.S. will not likely accept China’s expanding influence fairly — it prefers to wage a disinformation war, fabricating such concepts as “debt trap,” “predatory economy” and “strategic control” — it now takes offense at China for challenging the traditional U.S. dominance in military affairs in the region.

The U.S. should learn that China and the Solomon Islands, as two sovereign countries, are entitled to develop security relationships as they see fit for the good of each other, and that China’s economic approach — basing development upon political stability — has proved to be effective statecraft. There is always more than one road to Rome.

Asia-PacificGeopoliticsQuadAUKUSQuadrilateral Security DialogueAustralia
printTweet
You might also like
Back to Top
CHINA US Focus 2023 China-United States Exchange Foundation. All rights reserved.