Will Trump Be Tougher Than Obama on the South China Sea? 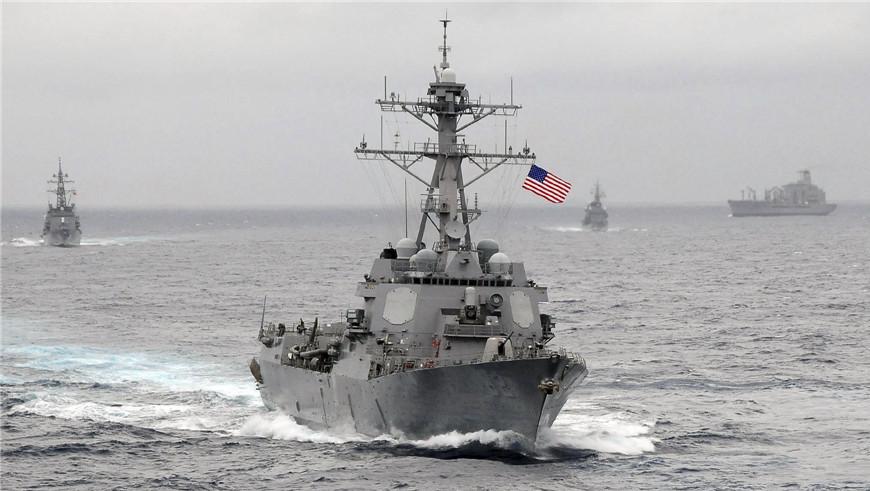 File pic of the U.S. Navy guided-missile destroyer USS Lassen sailing in the Pacific Ocean in November, 2009. (Photo provided by the U.S. Navy)

Since this June, the South China Sea issue has flared up again, engulfing major powers like the United States, Japan and Australia, as well as Vietnam, a claimant nation. Unsurprisingly, the relative calm following the so-called arbitration at the request of the Philippines has been disrupted, and tensions have returned.

200 days into office, President Donald Trump offered a plan for his administration’s Asia Pacific strategy and stance on the South China Sea, but this plan is not well defined. Generally, Trump pursues an anything-but-Obama policy, with mixed results - withdrawing from the TPP, trying to repeal Obamacare, and reducing US presence in the Middle East. But on the South China Sea, it seems Trump has decided to follow the same path as his predecessor.

The Obama administration initiated the Asian pivot strategy in 2009, which became known as the US rebalancing strategy in 2011. Part of this strategy is to leverage the South China Sea issue to curtail the rapid rise of China. On the security front, the Obama administration further strengthened military alliances in the region to build a common security architecture. In particular, the US has performed frequent reconnaissance activities in territorial sea areas claimed by China to challenge China’s red lines. To tilt public opinion in its favor, the US portrayed China’s legitimate activities like construction on the islands and establishing an air defense identification zone as “militarizing” the South China Sea, and created new concepts to shape public opinion on the issue. Senior officials from the US government and the Pentagon made public speeches to hype China’s “assertiveness” in the region. These remarks were then picked up by the media, amplified by think tanks, and echoed by allies, combining to create the misperception of China as a threat. On the historical and legal front, the US distorted concepts like the nine-dash line and freedom of navigation and overflight in disregard of historical facts and international law, and emboldened the Philippines and Vietnam to trespass on China’s territorial waters. Also, the Obama administration intervened through various means in a bid to influence the drafting of the Code of Conduct in the region. In a nutshell, US policy on South China Sea incorporated an array of interventions guided by clear-cut policy goals.

It bears mentioning that the Obama administration suspended all FONOPs in the South China Sea from 2012 to 2015 but resumed them in 2016. Yet for a whole year, the US government only approved three such operations, and called each a “one-off” event, indicating its caution on the matter. In stark contrast, the Trump administration allowed three such operations within the first 200 days alone, not to mention a sortie of US bombers over South China Sea. Furthermore, the Trump administration approved the FONOPs as a whole year plan, which means the White House has already delegated the authority to carry them out to the Pentagon. Hence, it is not far-fetched to assume that future military FONOPs in the South China Sea will only increase, and these operations will be more attuned to military and political objectives.

While US relations with the Philippines took a recent downturn, its ties with Vietnam have warmed. Thanks to Barack Obama’s rebalancing strategy, Vietnam is now regarded as an important partner by the US government, who sought access to the Cam Ranh Bay and Da Nang port in Vietnam. Vietnam has also used the US to gain more leverage in the region and hedge itself between major powers in the Asia Pacific. Make no mistake, Vietnam has become a pawn in the US’ bid for supremacy in the region. In June 2012, then defense secretary Leon Panetta visited Vietnam, and in May 2016, President Obama visited the country and announced the full lifting of the arms embargo against it. It only took four years for bilateral ties to be fully normalized. Soon after President Trump marked his 100th day in office, Vietnamese Prime Minister Nguyen Xuan Phuc visited the US, the first visit paid to Trump by a leader from Southeast Asia. In August, Vietnam sent its defense minister to visit the US to discuss the details for a port call by a US aircraft carrier to Vietnam in 2018. In November this year, President Trump is set to meet with Phuc again during the APEC summit, indicating a frequency of high level exchanges rarely seen before.